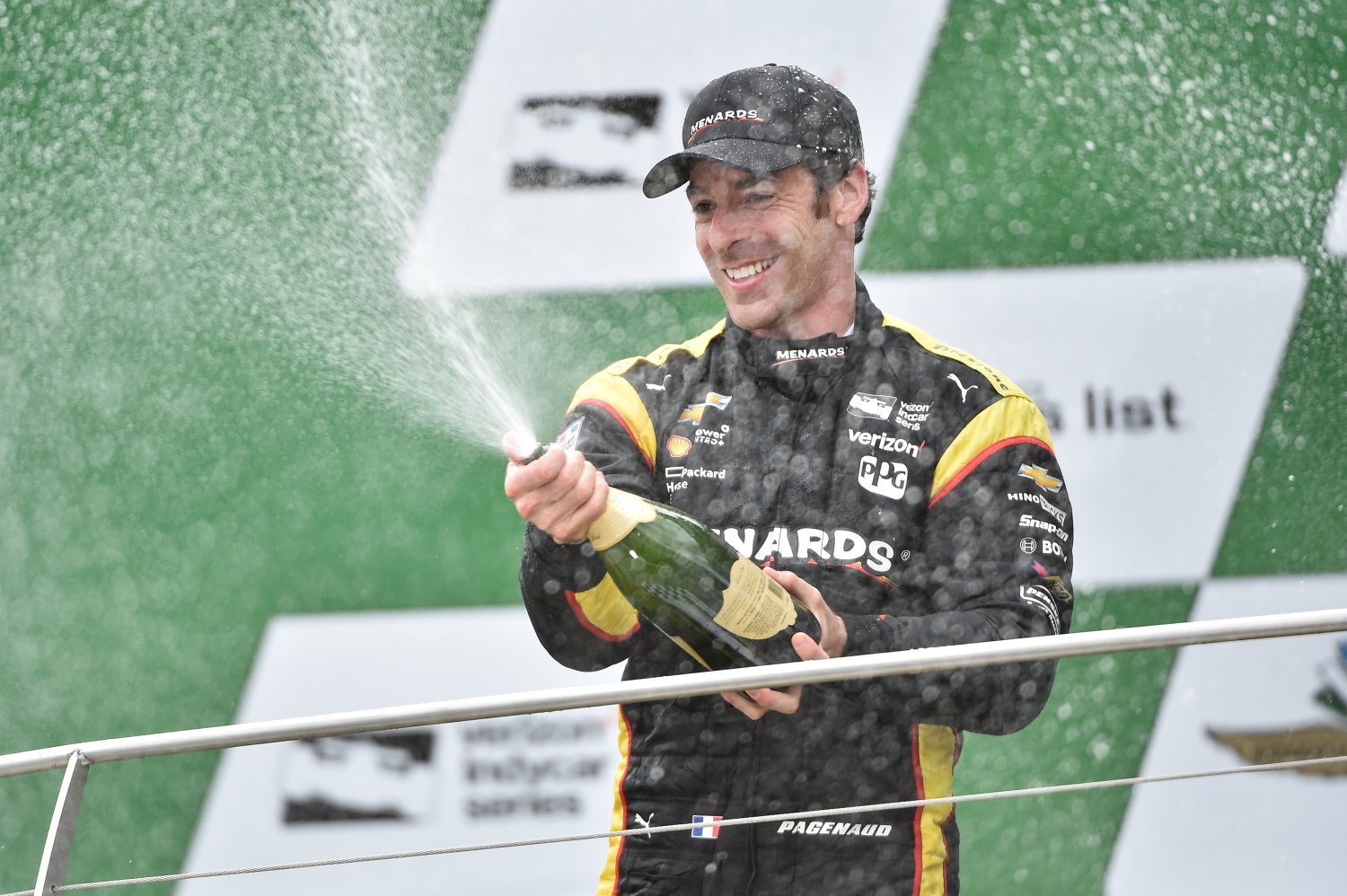 INDIANAPOLIS, Thursday, May 11, 2017 – Verizon IndyCar Series fans can celebrate in the heart of Victory Circle at the Indianapolis Motor Speedway after the INDYCAR Grand Prix on Saturday, May 13 through the new “Victory View" fan area.

During the post-race Track Invasion, fans can stand adjacent to Victory Circle as the podium finishers and their cars arrive after a successful race on the 14-turn, 2.439-mile IMS road course. Fans then can watch as the top three finishers celebrate with their teams and stand atop the podium in Victory Circle.

Access to the Victory View is limited and first-come, first-served, so fans interested in participating are encouraged to head toward Victory Lane as soon as possible during the Track Invasion.

Victory View and the post-race Track Invasion are two of the exciting features putting fans closer than ever to The Greatest Drivers in Racing during the INDYCAR Grand Prix. Other fan-friendly attractions include Free Garage Friday on Friday, May 12, when fans can visit the famous Gasoline Alley and IndyCar team garages for free; driver autograph sessions Friday in the INDYCAR Fan Village; and free admission for kids 15 and under Friday and Saturday when accompanied by an adult General Admission ticket holder.

Visit IMS.com to purchase tickets for INDYCAR Grand Prix and the 101st Indianapolis 500 Presented by PennGrade Motor Oil on Sunday, May 28, and for more information on the complete Month or May schedule at IMS.