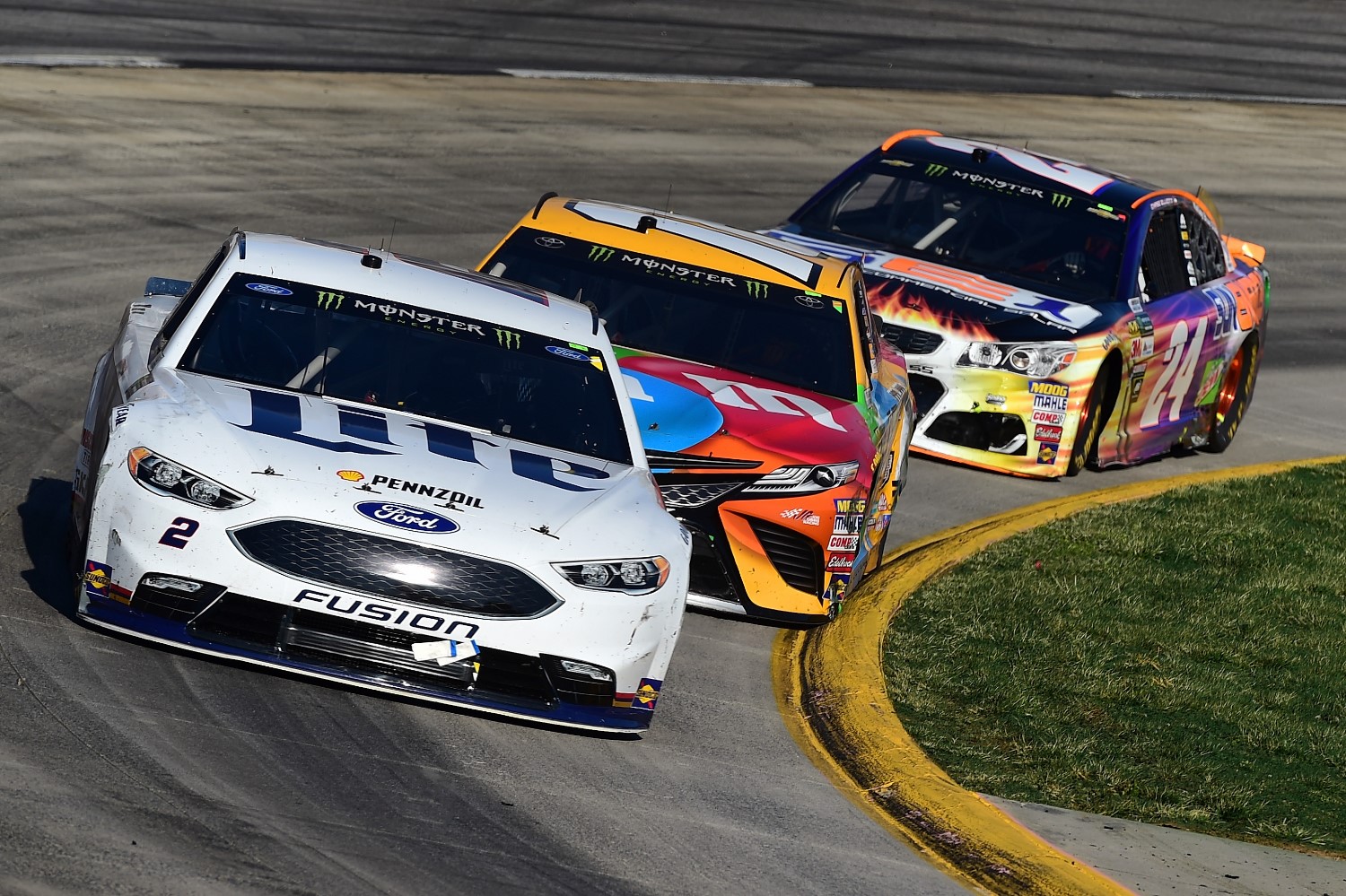 UPDATE On Tuesday, Team Penske failed in their final appeal to the National Motorsports Appeals Panel of penalties suffered after Brad Keselowski’s No. 2 Ford was found to have too much skew in the rear suspension in post-race inspection at Phoenix Raceway in March.

As a result, Keselowski will lose crew chief Paul Wolfe for this weekend’s race at Kansas Speedway – the final race of his three-race suspension. Wolfe was also fined $65,000 for the violation. After finishing fifth in the race, Keselowski and the No. 2 team were also docked 35 points.

Keselowski still remains third in standings despite the points loss, seven points behind Martin Truex Jr. and 14 points ahead of Chase Elliott.

05/09/17 The final appeal for Team Penske’s L1-level penalties will be heard Tuesday at the NASCAR Research & Development Center in Concord, North Carolina.

Roger Werner, chairman of ACCUS, will serve as the National Motorsports Final Appeals Officer over the appeal. Bryan Moss is unavailable to serve in that capacity Tuesday.

The session will determine the final outcome of penalties issued March 22 to the Roger Penske-owned No. 2 Ford team after the Monster Energy NASCAR Cup Series race at Phoenix International Raceway.

Team Penske filed the paperwork for a final appeal April 13, one day after the three-member National Motorsports Appeal Panel upheld the original penalties. That penalty included a three-race suspension for crew chief Paul Wolfe and a 35-point deduction for Brad Keselowski in the drivers' standings and the same amount for Penske in the owners' standings.