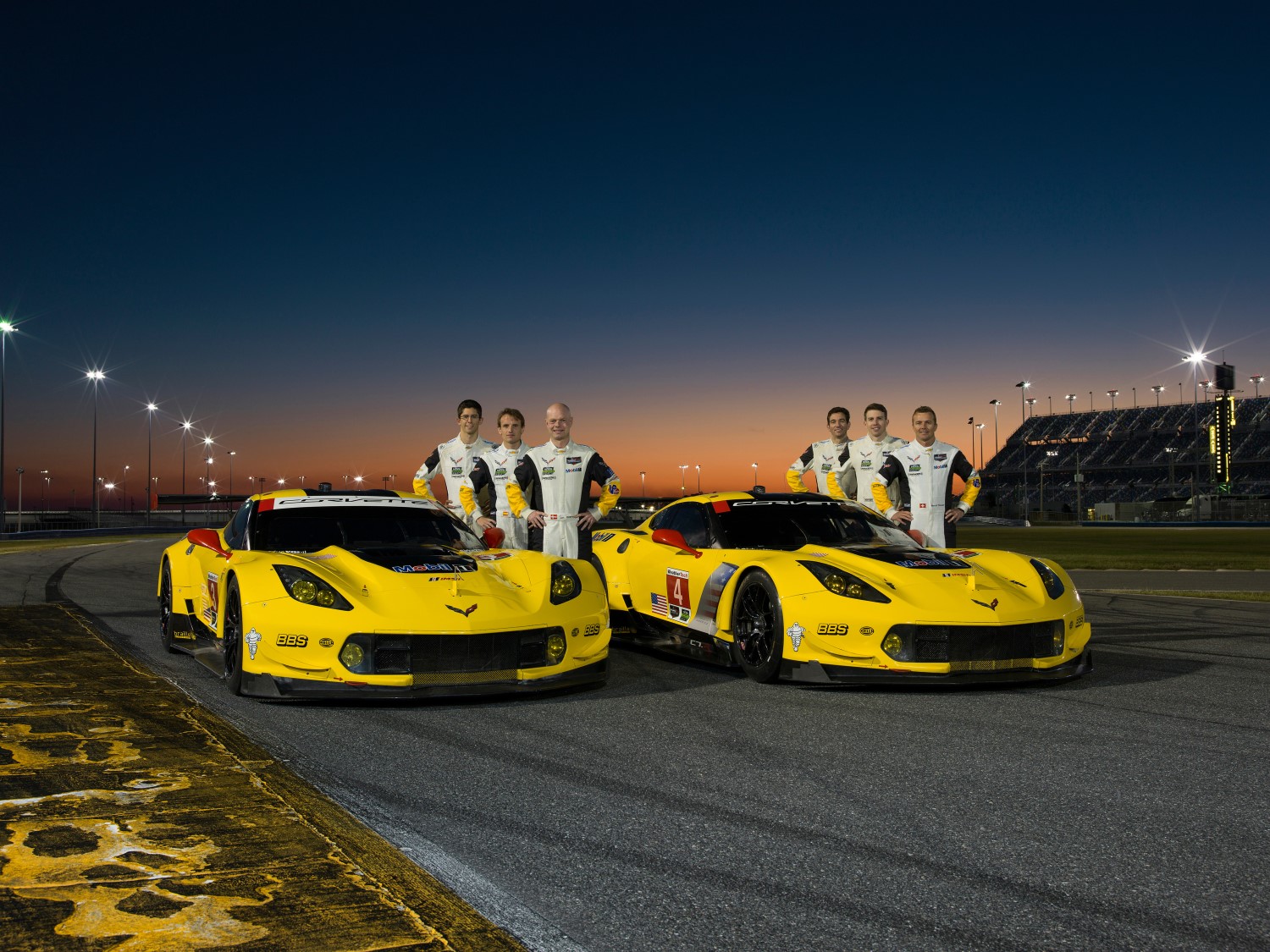 Corvette Racing's 18th consecutive appearance at the 24 Hours of Le Mans will feature a lineup of six drivers, each with victories in the famed French endurance event. In addition to full-season drivers Antonio Garcia, Jan Magnussen, Oliver Gavin and Tommy Milner, Corvette Racing adds Jordan Taylor and Marcel Fassler to its roster for the June 17-18 race with a pair of Mobil 1/SiriusXM Chevrolet Corvette C7.Rs for the GTE Pro class.

The group has a combined 18 victories at Le Mans – an impressive number to go along with Corvette Racing's eight class triumphs since 2001. The team will arrive at Le Mans with three straight victories in the IMSA WeatherTech SportsCar Championship and the lead in Manufacturer's, Driver's and Team points for the GT Le Mans (GTLM) class.

"This represents one of the strongest lineups Corvette Racing has fielded for the 24 Hours of Le Mans," said Mark Kent, Chevrolet Director of Motorsports Competition. "Just like our full-season lineup, Jordan and Marcel have proven themselves repeatedly on the biggest stages in sports car racing. We are confident they help give us the best possible chance to win Le Mans for the ninth time."

Taylor has been part of Corvette Racing's Le Mans program since 2012 and was part of the winning effort in 2015 alongside Gavin and Milner. For 2017, he will reunite with Garcia and Magnussen in the No. 63 Mobil 1/SiriusXM Chevrolet Corvette C7.R; the trio placed second in GTE Pro together in 2014.

Taylor and brother Ricky have swept all four IMSA events this year with their Wayne Taylor Racing Cadillac DPi-V.R prototype including the Rolex 24 At Daytona and Mobil 1 Twelve Hours of Sebring.

Fassler, who returns to the No. 64 Mobil 1/SiriusXM Chevrolet Corvette C7.R, won each of those two races in 2016 with Corvette Racing alongside Gavin and Milner. Those victories helped Corvette Racing sweep the GTLM Championships a season ago. The trio drove together again at both Florida events again in 2017.

A three-time overall winner at Le Mans, Fassler also has two additional podium finishes. He drove for Corvette Racing in Chevrolet's final GT1 race at Le Mans in 2009, but that entry was forced to retire while leading.

Both Taylor and Fassler are part of a pre-Le Mans test this week at Road America in Elkhart Lake, Wisc.

Corvette Racing's next event is the 24 Hours of Le Mans on June 17-18 from Le Mans, France. It returns to IMSA competition for the Sahlen's Six Hours of The Glen on July 2.

JORDAN TAYLOR, NO. 63 MOBIL 1/SiriusXM CHEVROLET CORVETTE C7.R: "It's great to head to Le Mans with Corvette Racing for the sixth consecutive year. Le Mans is a massive event; the feeling of winning there is unlike anything I've experienced. Last year's race was difficult for all of us but we're all motivated to go back this time with the goal of contending for another victory.

"I'm looking forward to teaming again with Antonio and Jan. They have been great teammates and helped me learn a lot my first couple of years at Le Mans. Hopefully we can work our way to the top of the podium this year."

MARCEL FASSLER, NO. 64 MOBIL 1/SiriusXM CHEVROLET CORVETTE C7.R: "It is always great to be back with Corvette Racing and Chevrolet, but to return with them for Le Mans is special. We both have had a great deal of success at the 24 Hours. My hope and goal is to add to that this year.

I feel like I have some unfinished business with Corvette Racing at Le Mans. We were leading late in 2009 until our car had to retire. So I very much want to score that elusive Le Mans victory with Corvette Racing. Racing in GTE Pro will be a new challenge. There are many great cars and drivers in our class. It would be a nice result for Olly, Tommy and our team."