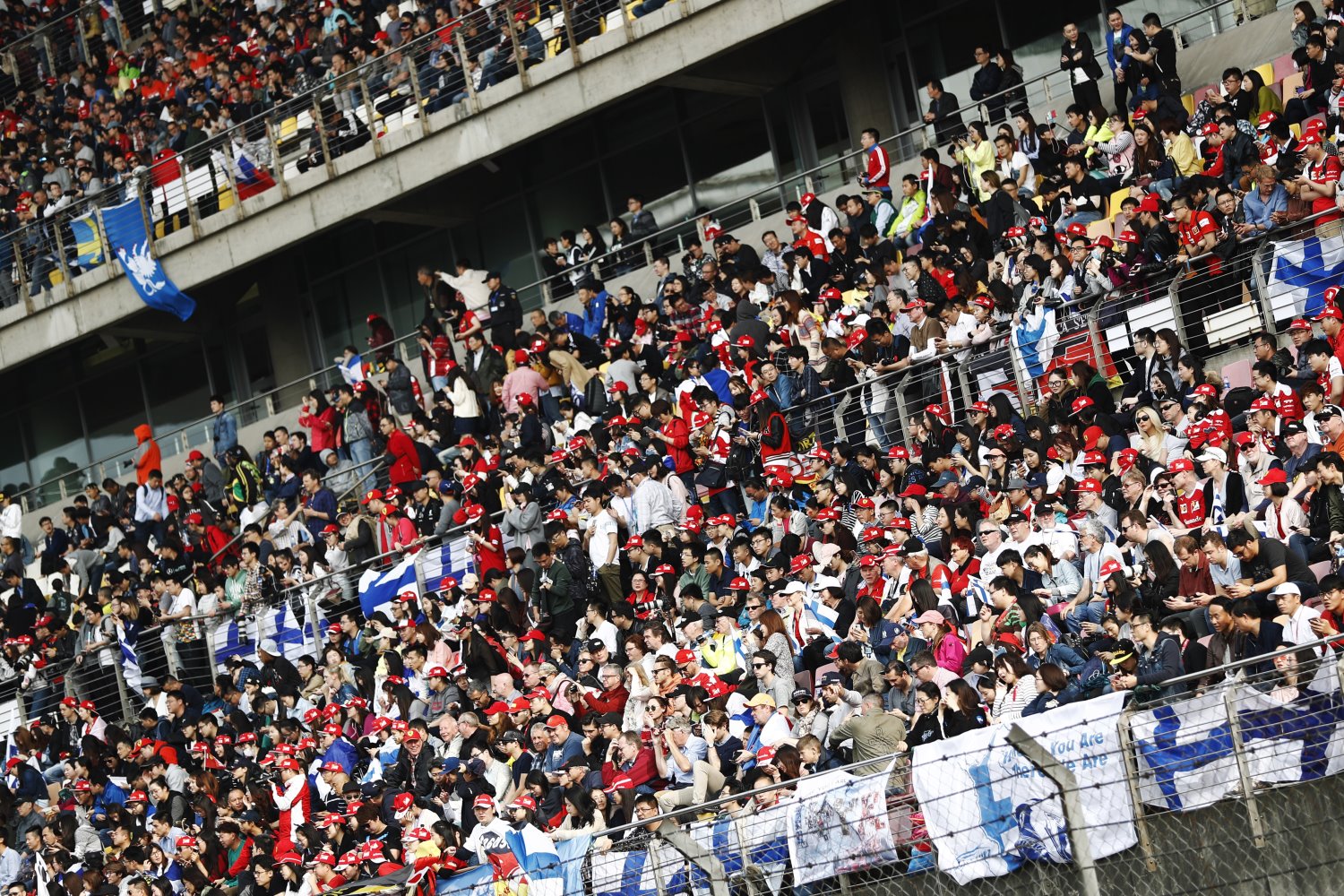 Below, is an email from a longtime AR1 reader who recently spent some time traveling in China and Japan. During that trip, he took in both the Chinese Grand Prix and a Japanese Super Formula race at Suzuka. We found his observations quite interesting and worthy of sharing with our readers.

I attended the recent Chinese GP with my business partner and two Chinese clients. We sat in the stands at the hairpin. Race day was cold and windy with a light drizzle. Making the day more trying was the fact there was no PA system, even in Chinese and the big screen TV’s had no text; so I don’t know how anyone who was not a real knowledgeable enthusiast could identify any of the drivers or know what was happening in the race once the pits stops started.

That said, the cars were great; they looked good with perfect sound, harsh, racy and not so loud as when I had to watch the whole race with my fingers in my ears at Silverstone a few years ago. We would even have been able to hear the PA if there had been one. Some good passing under braking (thanks to DRS but still action through the hairpin that was not DRS related) and a great drive by Verstappen until he made a boob and killed his tires. Not that anyone in the stands could know. Pathetic pre-race show consisting of three guys on roller skates and a ping pong player competing against five or six F1 drivers, some of who may have held a paddle sometime in their life. Still a very substantial crowd even if ten grandstands were disguised as billboards! I tried to buy a Merc T-Shirt and light weight jacket at an F1 store (the track’s stores were shut down and only F1 merchandise was on sale) but balked at $150 for the T shirt and well over $1,000 for the jacket!

In short, Liberty have got a long way to go to make F1 user friendly!!!!

I then visited Suzuka for a Japanese Super Formula race.

Hello people, this is great racing with good looking cars, virtually no aero bits and drivers who made Pierre Gasly and Felix Rosenqvist fight to run mid-field! Why the hell IndyCar does not simply go to Dallara and sell the teams that same base chassis (with Indy engines or even Super-Formula versions at much less cost) and an almost complete lack of add-on bits that simply add cost and have no effect on competitiveness!

These cars are seriously FAST and would run for 15th at a F1GP without any of the hysterical electronics, 40 piece front wings, and huge costs, let alone 70-plus support teams, or Indy’s marvelous body kits! Just think, two cars touch and only a small piece of carbon may come of and the race does not have to be safety car’d for 20 laps! I did not ask anyone about costs but the whole team situation is much simpler than an IndyCar set-up; the cars looked to be half the costs and the costs of spares a mere fraction. Maybe you could get Dallara to do a comparison. If IndyCar ran similar spec cars (and provided the engine availability problem could be resolved) we could look for fields of 30 to 40 cars per race and more for the Indy 500 … the cars look that much cheaper to run. I bet they would be faster than the IndyCars at tracks like Barber, Mid-Ohio and Road America as well, and the 500 Indy may once again stress driver skill over car set-up!

Let me be clear: the answers to Indy’s problems are already available. Just send Jay Fry over to a Super Formula race!

The same applies to Japanese F3. It’s only been around some forty or more years and they have it very stable and well run. The Dallara chassis are all the same, and although they do need very careful set-up, are totally reliable, and boy are they fast. The chassis costs about $160,000 and use several different manufacturer engines (Toyota, Honda, VW, Mercedes, etc.) I may be wrong on some but there are several different makes and they all run the same levels of performance, and engines last a season with no rebuilds required! Crews are about five to ten people and the competition is ferocious. Great racing and a great way to learn the business of pro racing.

Sometimes we run our racing with our heads deep in the sand, entrenched in “our way", but when racing faces the issues it does now (Phoenix!!!!), then perhaps a simple trip to Japan could light the path to a very positive and much less expensive future. (And other than ovals, faster too).