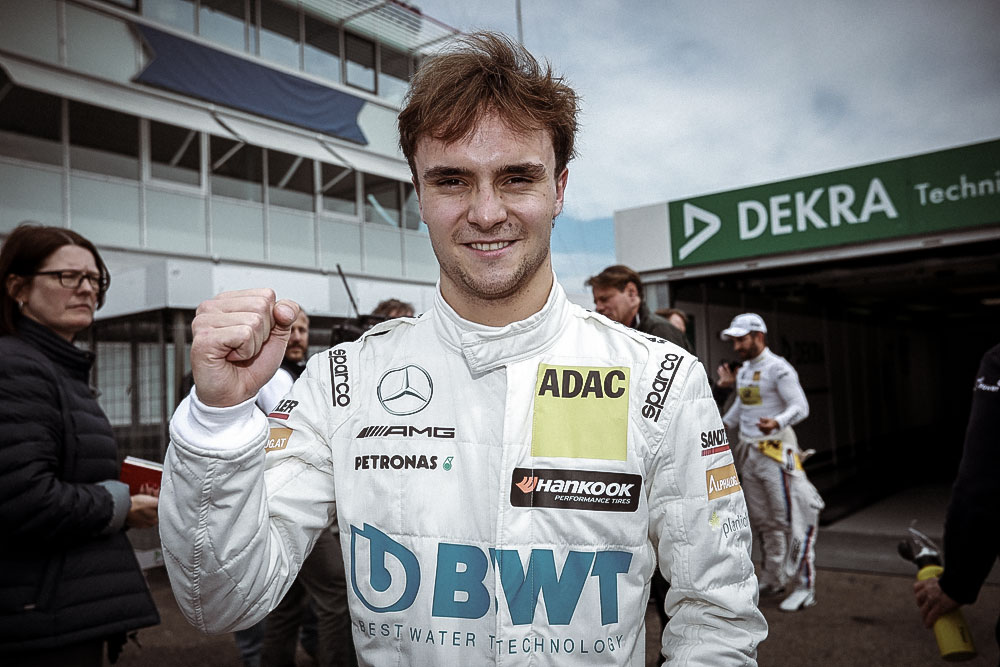 The three-pointed star also shone in second free practice of the DTM. With Lucas Auer, Paul Di Resta, Edoardo Mortara and Robert Wickens in that order, the Mercedes-AMG dominated proceedings in the half-hour session at the Hockenheimring on Saturday morning. On the previous day, Paul Di Resta and Gary Paffett had been the fastest drivers.

“I hope that we can carry over this result into qualifying. There, we will go flat-out," first-placed Mercedes-AMG driver Lucas Auer emphasized. This time, Nico Muller was the best-placed Audi driver in fifth place. “Today, I had a slightly better feeling than yesterday. The opposition is very strong, but I think that there is still some potential in the car for qualifying," the Swiss commented. Defending champion Marco Wittmann was the best BMW driver, he returned to the pits in sixth place overall. A remarkable fact was that the lap times by the drivers from first to 18th place were only 1.2 seconds apart. This promises thrilling and tight battles for qualifying and the race. The highlight of the Saturday will be the first race that gets underway at 14.45 hrs.