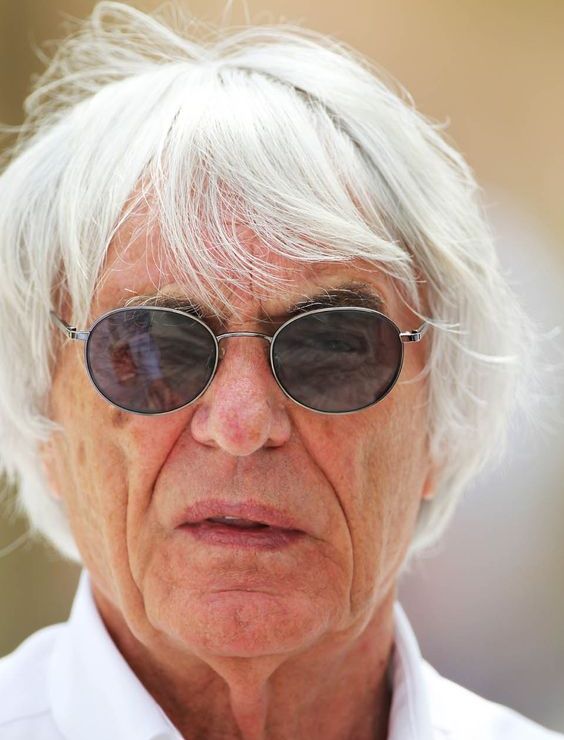 Ecclestone hits back after Carey jibe
(GMM) Bernie Ecclestone has hit back at the claim that he presided over an era of saying "no".

After decades in charge of formula one, the 86-year-old was ousted by Liberty Media as the American company took over.

Chase Carey, his successor, said this week that Ecclestone "said no" too often.

"I want to say 'yes' a whole lot more. We felt it was a sport that, for the last five or six years, had not been managed to its full potential," he charged.

"The only reason I ever said no to anything is if I thought it wasn't a very good thing to do or didn't produce any income," he is quoted by the Sun newspaper.

"I had to make sure we got the maximum financially we could for the company to make it interesting to buy, which is what happened.

"The bottom line is, we will have to see whether the new owners are right or not," Ecclestone added.

As deputy boss, Fernley has been left in charge of the race team while former Indian billionaire Mallya, also the team co-owner, is unable to travel after having his passport seized.

Now, the Indian government is trying to extradite the flamboyant 61-year-old, but Fernley insists all is well with the F1 team.

"Vijay has always been the subject of a lot of speculation over many years and it never had the slightest impact on the team," he told France's Auto Hebdo.

"This new episode will have no more impact than the others," Fernley added.

Force India finished the 2016 season in an admirable fourth place, despite having one of the smallest budgets on the grid.

The Silverstone based team has now started 2017 well, but Fernley says the gap from the top of the grid to the midfield has blown out.

"The top three teams are out of reach because of their ability to spend," he said.

"When you spend a third of the EUR 300 million that the big teams do, you can't aspire to those top places. But don't detect any frustration in my remarks — it's just an observation."

Italian sources including La Gazzetta dello Sport and Autosprint say the 78-year-old fell whilst cycling in southern Italy and was discovered unconscious.

He is currently in hospital, reportedly with serious head and arm injuries.

Fiorio briefly led Ferrari at the end of the 80s and beginning of the 90s, and was also involved with the Ligier and Minardi teams.

(GMM) Carlos Sainz Jr. has lamented the fact that F1's top teams are "light years" ahead of the opposition.

From a personal point of view, the young Spaniard said he is happy with the "best start" he has had to his three years in formula one so far in 2017.

"My three years of experience are helping," he told the Spanish press, "but still it wasn't easy because half of the grid is very close together."

But Sainz admitted to some "frustration" that the leading teams Ferrari and Mercedes are "light years" ahead of the rest.

"If there is something missing in formula one, it is that this gap is so great between the first two and the others," the Toro Rosso driver said in Barcelona.

"If you look at the budgets, you know that it is impossible to reach them. So I hope Liberty finds agreement among everyone so that it (the gap) can be reduced."

But he also gave the thumbs-up to F1's new era of much faster cars.

"If you look at the teammates in F1, the gaps between them are more noticeable, you see more mistakes in qualifying in the race. We are obviously more on the limit, which makes the drivers look better," said Sainz.

(GMM) New F1 boss Chase Carey says he aims to keep Barcelona on the calendar for the "long term".

The Circuit de Catalunya is the sport's most used track for testing, and the long-time host of the annual Spanish grand prix.

"We have a contract to continue with Barcelona and we hope it will also continue to be the case in the future," Carey, who took over from ousted F1 supremo Bernie Ecclestone, told the Spanish media.

"Our intention is that the contract will be in the long term, and we'll put our efforts into making it the case," he added in Barcelona.

Carey said Barcelona is a "beautiful and magical city".

"We choose to be here in this part of Europe, because this continent is very important to the sport," he added.

American Carey also said he is happy with how the 2017 season is going, characterized by the new, faster cars.

"We have plans to make formula one ever more interesting and attractive to the fans," he said.

(GMM) Mercedes chiefs are sure Valtteri Bottas' breakthrough win will not upset the balance in its driver lineup.

Until now, the team has been reveling in peace-time, after Nico Rosberg's retirement ended the awkward situation between the German and Lewis Hamilton.

Before Sochi, the media was even wondering if Rosberg's replacement Bottas was now a 'number 2', but then the Finn won the Russian grand prix.

"Valtteri is discrete, he doesn't talk too much, they're both professional, so I don't see any problem with Bottas winning the race. They respect each other, which is the most important," he added.

Team boss Toto Wolff agreed: "Their relationship is intact. You can see the respect they have for each other.

"At the same time they are two fierce competitors who want to win races and fight for the title. But I don't think it will affect their relationship and the team dynamics.

(GMM) Indycar boss Mark Miles thinks Fernando Alonso's Indy 500 foray is good not only for the American series, but also formula one.

This week, F1 chief Chase Carey said of the McLaren-Honda driver's decision to skip Monaco: "It is indirectly beneficial to us as a great F1 driver who reaches the American audience in a different way.

"But it is not an ideal situation. If I could choose, I would prefer to see him in Monaco," the American added.

Mark Miles, the Indy 500 and Indycar chief, said he can understand Carey's position.

"I would have thought the same thing if a month ago our champion, (Simon) Pagenaud, asked me if he could do a (F1) race," he told the Spanish sports newspaper Marca.

"But now I see it differently — that it helps to expand both sports. For us it means a lot, not commercially because the contribution will be marginal, but it does put us in the sights of many people who don't know about our series."

Indeed, Alonso's first test day in his orange Indycar earlier this week was watched by an online international audience of 2 million people.

"We didn't expect that the broadcast would have that impact — some even thought that no one would watch it, but it was impressive and we haven't even started yet," said Miles.

(GMM) Romain Grosjean has become a boss of the Grand Prix Drivers' Association.

His appointment comes despite the fact that while GPDA president Alex Wurz is a big proponent of cockpit protection in F1, Grosjean has never supported moves to have systems like Halo or 'Shield' implemented.

"We race drivers don't always hold the same opinion, but as a group we are united in wanting the best for our sport," Grosjean said in a statement.

The other GPDA director is Sebastian Vettel.

Villeneuve 'surprised' by Ferrari in 2017

GMM) Jacques Villeneuve says he is surprised by Ferrari's form so far this year.

After three years of utter Mercedes dominance, Ferrari's Sebastian Vettel is leading the world championship after four races in 2017.

But the French Canadian, who is now a television pundit for Italian television, also admitted to being surprised by Valtteri Bottas' Sochi win.

"'m also cautious," said Villeneuve. "Sochi is his favorite circuit and he won't be destroying Hamilton on every track like that.

"I also don't know if he's psychologically ready to fight for the championship."

And Villeneuve said he will be surprised if Red Bull manages to catch up with Mercedes and Ferrari this year, even though the team is planning a 'B' car for Barcelona.

"They're too far back," he said. "Maybe they can win a race or two if they're lucky, but with that car, I don't see them at the level of Ferrari and Mercedes.

"My favorite for the title is Vettel," said the 46-year-old. "Ferrari is doing a great job and Seb can handle the pressure."

Villeneuve also defended Ferrari's other driver, Kimi Raikkonen, even if some think the Finn is clearly Vettel's 'number 2'.

"Raikkonen is outstanding and much more than a number 2," he said. "It surprises me that people are so determined to not realize it.

"At most the difference between him and Vettel is one tenth per lap. He's also the perfect teammate who never creates tension with the team."

Ferrari 'feared' by Mercedes in 2017 – Marchionne

(GMM) Sergio Marchionne says he is happy Ferrari is now "feared" once again by its top F1 competitor.

After a decade-long title drought, Sebastian Vettel is leading the world championship after the opening four races of 2017.

"We have made significant progress," the Ferrari president is quoted by Italian media, including La Repubblica newspaper.

"Some would call our recovery miraculous compared to 2016," Marchionne added.

"Ferrari is competitive once again and feared by our adversaries in Stuttgart," he said, clearly referring to Mercedes.