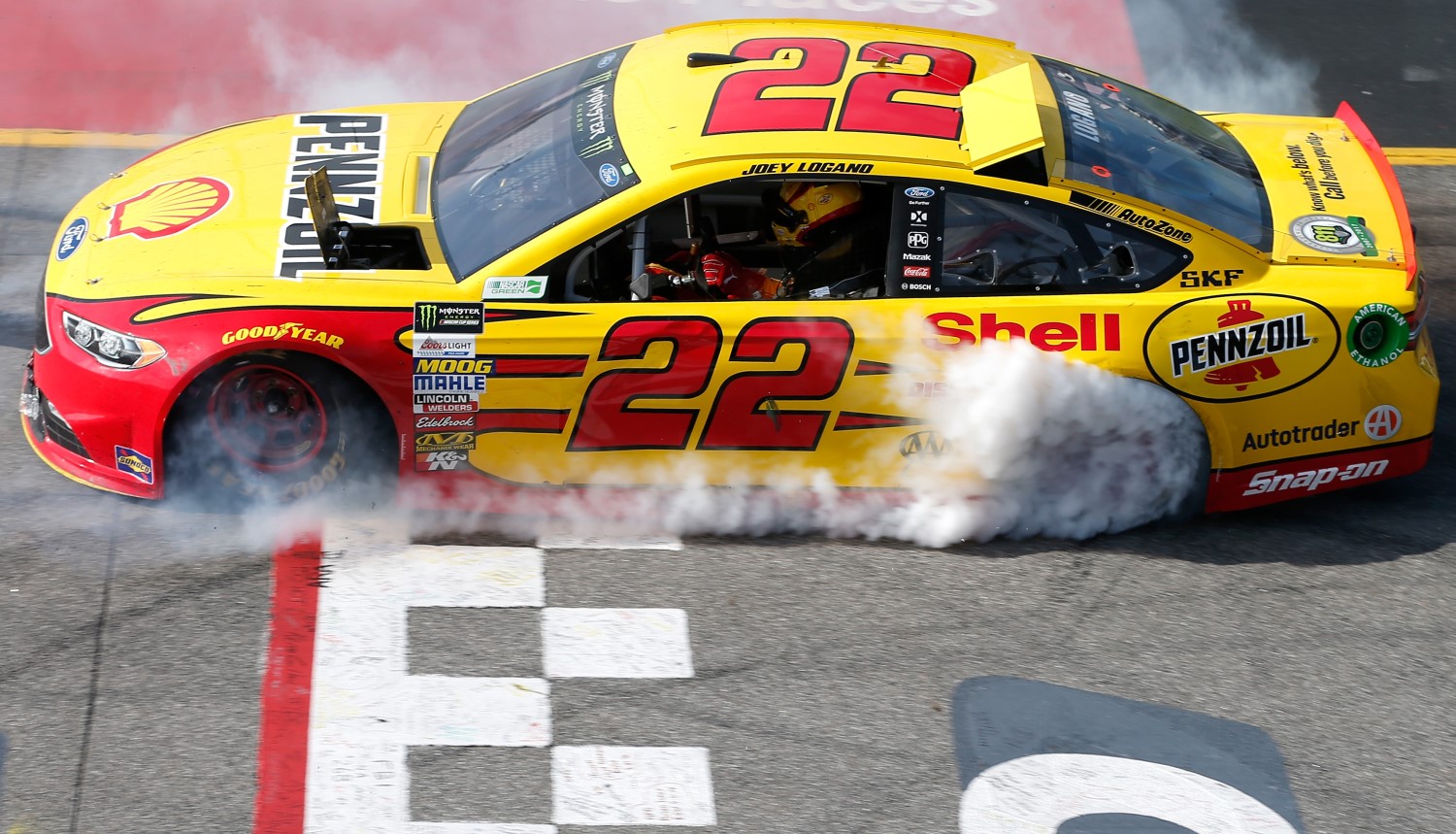 UPDATE "We understand and accept the penalty that was communicated to us today by NASCAR following last weekend's victory by the #22 car at Richmond. We are disappointed by the notice, however, we do not plan to appeal the penalty. The #22 team remains focused on competing for wins as we work towards the NASCAR Playoffs and a Championship. Race Engineer Miles Stanley will serve as Joey Logano's crew chief this weekend at Talladega Superspeedway, while Greg Erwin will help call race strategy on Sunday." Team Penske

Editor's Note: Team Penske has been taught a lesson – you protest a NASCAR penalty (recently Keselowski) and you will pay dearly for it.

05/04/17 NASCAR on Thursday issued an L1-level penalty to Team Penske's #22 team for a rear suspension violation discovered during teardown at the R&D Center in Concord, North Carolina. The penalty carries multiple consequences, which includes making Joey Logano's win at Richmond on Sunday encumbered.

The encumbered win is the first for a victorious Monster Energy NASCAR Cup Series team since NASCAR adopted that policy in 2016. What that means is Logano cannot use the Richmond win as consideration for an automatic playoff spot. Should Logano still make the postseason, the five playoff points that come with a victory would not apply for Richmond. The official race record will still list Logano as the winner.

Additional penalties are a $50,000 fine and two-race suspension for crew chief Todd Gordon, and the loss of 25 driver points and 25 owner points.

The violation was under Section 20 of the NASCAR Rule Book. According to the penalty grid NASCAR issued, the #22 team did not adhere to the following: the Truck trailing arm spacer/pinion angle shim mating surfaces must be planar and must be in complete contact with corresponding mating surfaces at all points and at all times.

There was no immediate announcement from Team Penske on if the team would appeal the penalty. NASCAR.COM