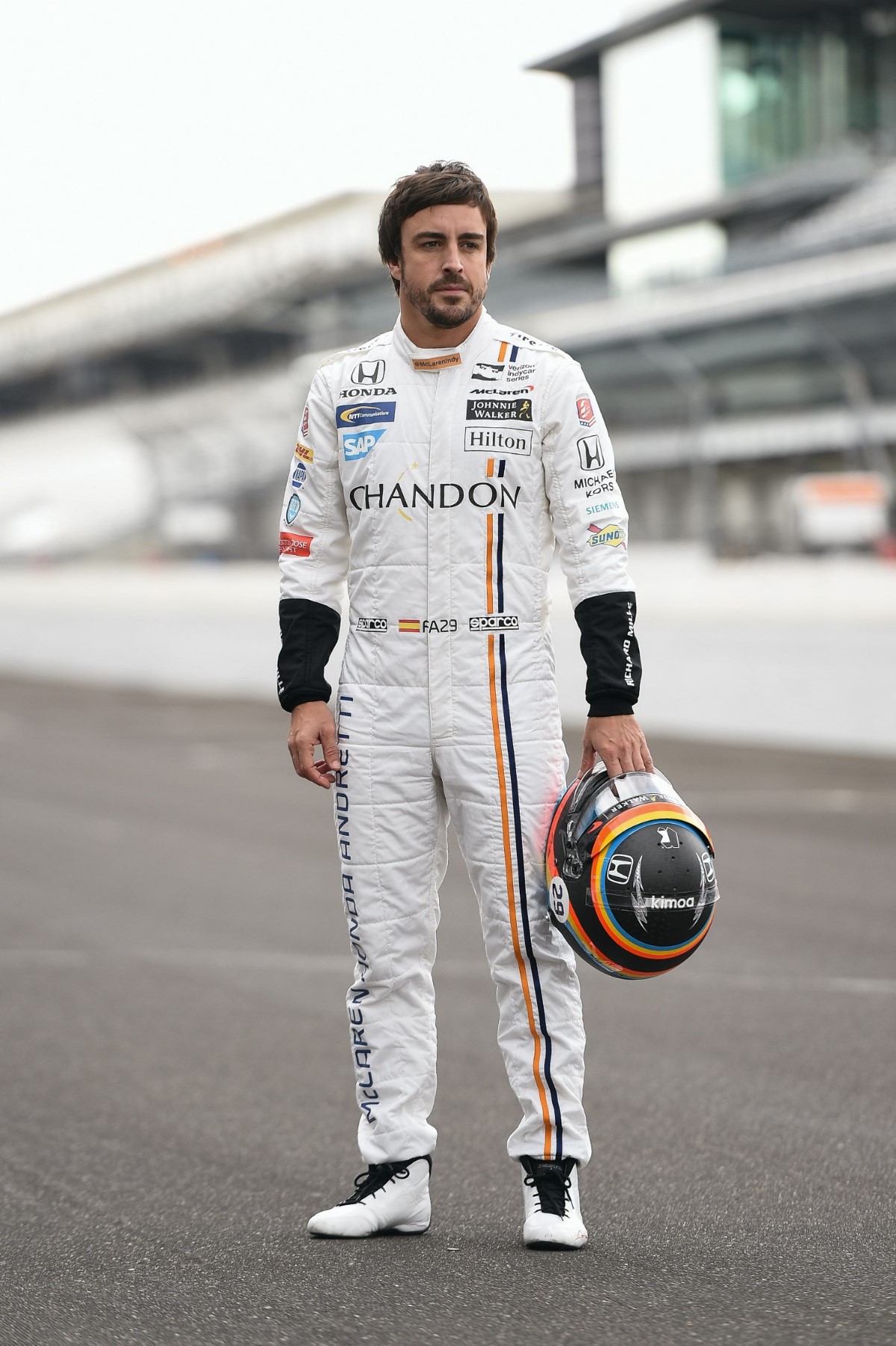 UPDATE Fernando Alonso has completed his maiden IndyCar test at the Indianapolis Motor Speedway, hitting a personal best of 222mph around the iconic 2.5-mile oval.

The double Formula 1 world champion sent the motorsport world into a frenzy by deciding to miss the Monaco Grand Prix and instead compete in the 101st Indianapolis 500 with McLaren, with the Woking-based outfit joining up with engine supplier Honda and full-time IndyCar outfit Andretti Autosport.

Because Alonso had never completed a lap on an oval, the Spaniard was allowed to complete the rookie orientation program in a private test.

This particular programme, designed to prepare drivers for month of May at the Indianapolis 500, requires a driver to complete three phases of track running.

The third and final phase requires the driver to run 15 laps at over 215mph, but not above 220mph.

Shortly afterwards the motorsport world watched on as Alonso climbed into his orange car and left the pit-lane to complete his first laps in an Indy car and around an oval course.

The Spaniard was immediately up to speed and produced a lap at 208.569mph, before briefly returning to the pits.

Alonso quickly progressed through the phases, producing a personal best lap speed of 219.654mph in the third and final phase.

With the third phase complete Alonso was officially eligible to compete in the Indianapolis 500, however the track action did not stop there.

After returning to the pits for more fuel and tyres, the team began to look toward pushing even harder as they removed the aerodynamic wickers from the car as focused switched to “trimming out" the car.

With the rookie orientation programme now complete Alonso was officially able to push the car over 220mph and begin properly preparing for more serious running later in the month.

Soon Alonso had produced a lap speed of 221.721mph, showing that he had taken to IndyCar racing like a duck to water.

After returning to the pits to completely remove the rear wicker and change his tyres, Alonso produced his personal best speed of 222.548mph.

“So far it has been a good experience, but now I think the real deal starts," explained Alonso after completing his first 88 laps.

“The circuit looks so narrow when you are at that speed, when you watch on television or when you are in the simulator it seems bigger and easier," continued Alonso when asked how comfortable he felt during his first few laps.

“When you are in the real car it’s very narrow so I was trying different lines, something like that.

“I was really not as comfortable as I probably will be in a couple of weeks time."

He is now out of the car debriefing with the engineers and looking at the data.

He will be back in the car soon as the team will now begin to trim the car out for more speed.

Bad weather is approaching so the break will be short and he will be back after it soon.

"It was fun," said Alonso. "I think it's a good way to start to build the speed. It was probably a little bit difficult at the beginning to reach the minimum, but in the next stages I felt good.

"Hopefully we can put some laps now and start feeling the car a little bit because at the moment the car is driving itself. I'm not driving the car."

He added: "We are already with 40 laps in my pocket so you are able to fine-tune the lines a little bit and up-shifts and down-shifts, which gear to use in which corner.

"At the moment everything looks good but now the real thing starts."