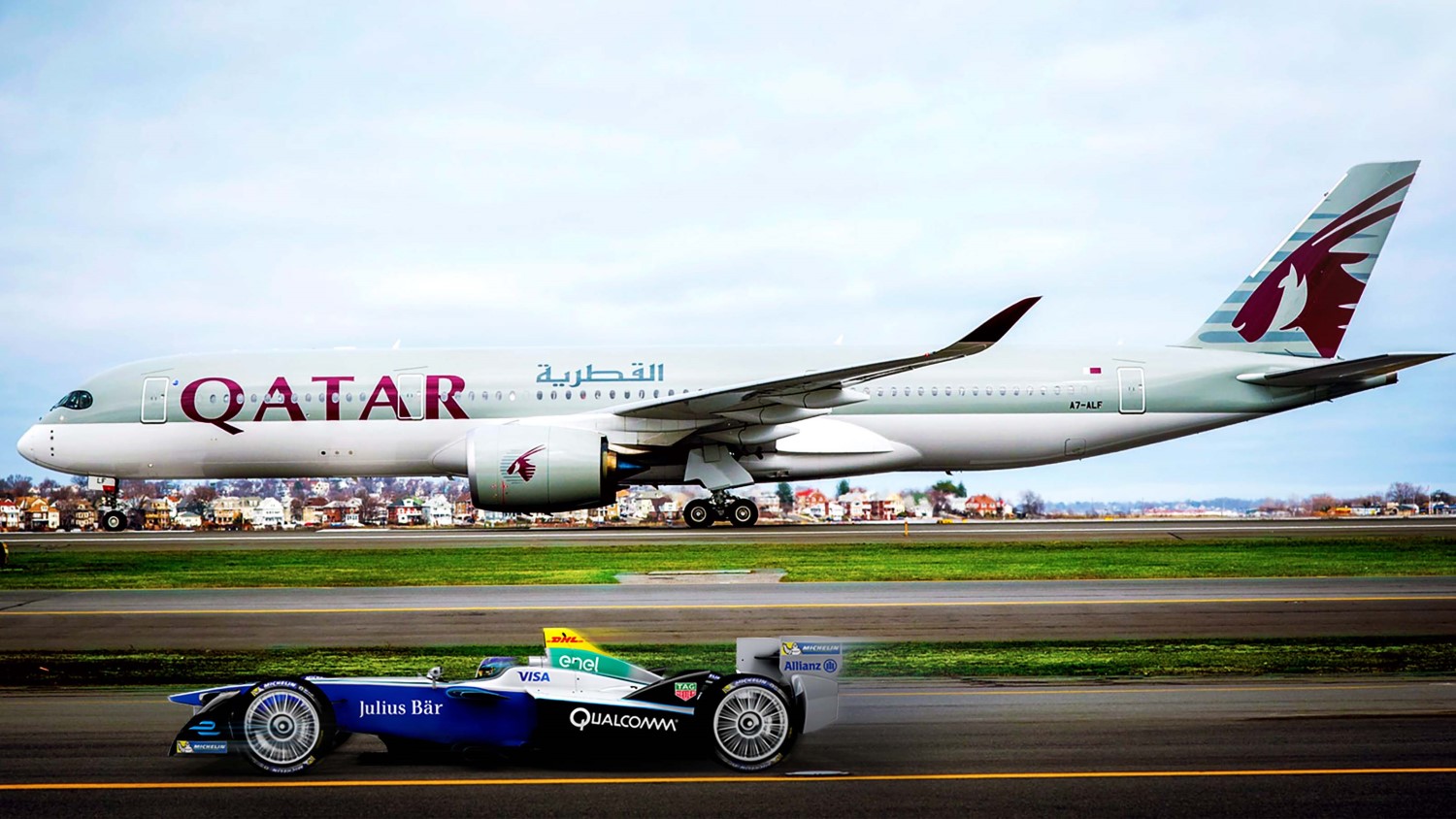 DOHA, QATAR (May 3 2017) – Formula E – the electric street racing series – is pleased to announce a new partnership with Qatar Airways for the Paris and New York City ePrix.

The national carrier of the State of Qatar will be named the Official Airline Partner of the highly-anticipated Paris ePrix, as well as the title sponsor for round six of the FIA Formula E Championship, the 2017 Qatar Airways Paris ePrix – taking place around the architectural complex of Les Invalides in the French capital on May 20.

The airline will also be named the Official Airline Partner of the first-ever New York City ePrix taking place in Red Hook, Brooklyn on July 15 and 16.

Qatar Airways Group Chief Executive His Excellency Mr. Akbar Al Baker, said: “We are delighted to be named the Official Airline Partner of the Formula E electric car races in Paris and New York. We are very pleased to be able to support this environmentally-friendly sport that promotes the latest technological innovations in producing alternative energy solutions for electric cars. Qatar Airways is committed to promoting the importance of sports in bringing people together through our many partnerships, such as this one with Formula E and with F.C. Barcelona."

Alejandro Agag, Founder and CEO of Formula E, said: “It’s fantastic news that Qatar Airways is joining the electric street racing series as race title partner of Paris and Official Airline Partner for two of the flagship events on the Formula E calendar in Paris and New York. This partnership continues to show the growth of the series on a global scale; we are working closely with distinguished companies in a variety of industries and fields all over the world. I’m delighted to add Qatar Airways to the growing list of partners joining Formula E, demonstrating arguably the best partnership portfolio of any sporting platform."

Qatar Airways, widely recognised as a leader in innovation and technology in the aviation industry, recently unveiled its new business class seat ‘Qsuite’ at ITB Berlin. The airline also announced the launch of the new redesigned website as well as introducing high-speed broadband that will offer the same connectivity speed on board as on the ground in partnership with Inmarsat (GX Aviation).