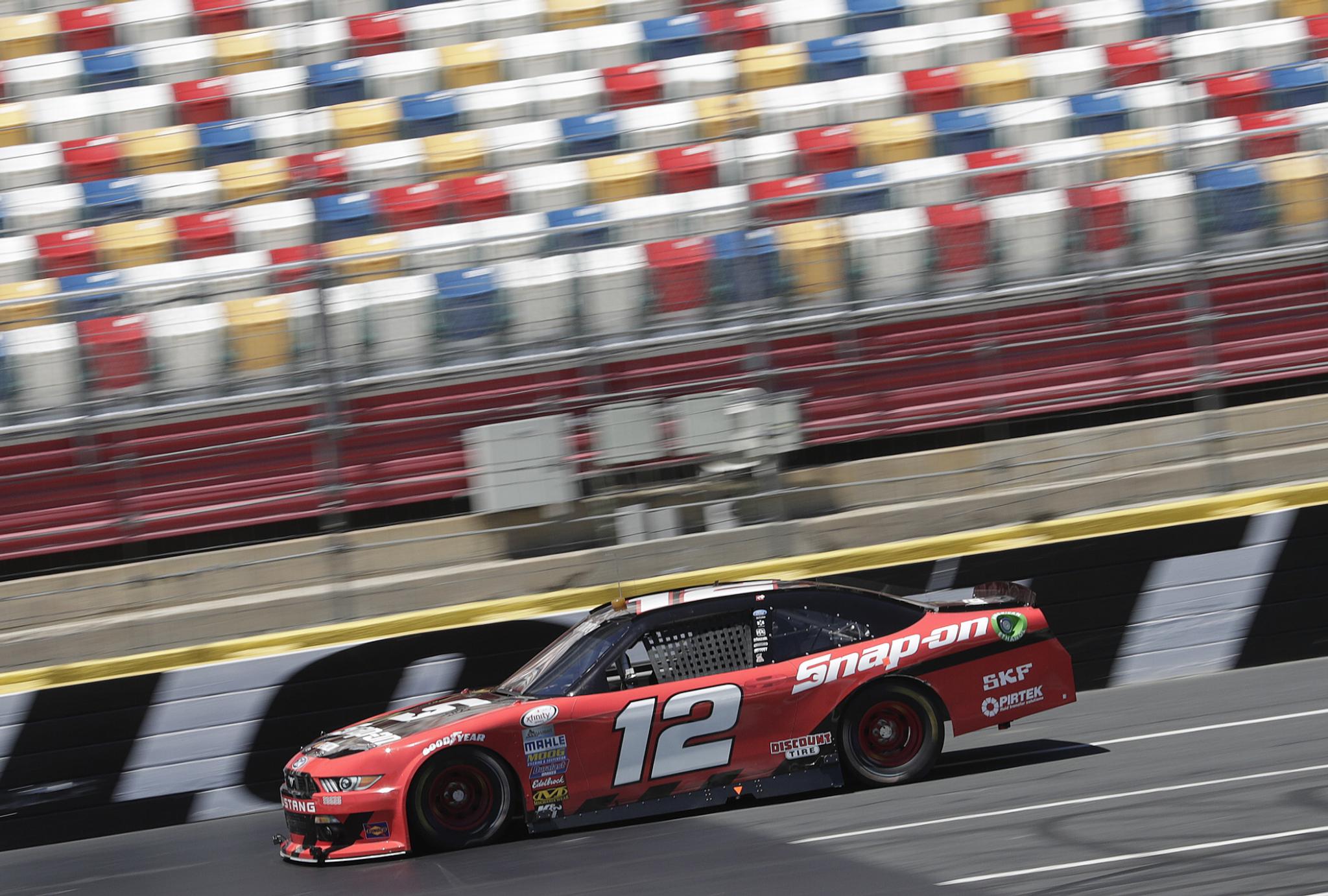 Ryan Blaney topped Tuesday's NASCAR Xfinity Series and Camping World Truck Series open testing session at Charlotte Motor Speedway as teams prepare for the upcoming races to be held at the track later on in May.

Blaney turned in a lap of 29.254 seconds (184.590 mph) in the no. 12 Team Penske Ford. Blaney, who also drives the Wood Brothers no. 21 Cup Series entry, has made four starts in the Xfinity Series, finishing a season-best fourth last month at Texas.