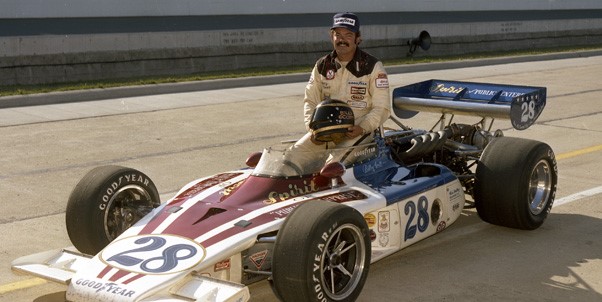 Billy Scott, who competed in four USAC National Championship races, including the 1976 Indianapolis 500, died Friday, April 28. He was 68.

Nicknamed "Billy the Kid," Scott began driving quarter-midgets as a 5-year-old in San Bernardino, California, and he was later the first 16-year-old ever to record a top-end speed of 200 mph in an NHRA Top Fuel dragster, doing so on the very day he became eligible to hold a Top Fuel license, his 16th birthday.

Scott was one of the later examples of what used to be a fairly common practice: He served as an Indianapolis 500 crew member before driving in the race. Scott was an Eisenhour-Brayton crew member for Rick Muther in 1974, two years before his sole "500" start.

After finishing fourth in one of the 100-mile qualifying races for the Ontario 500 in March 1975, Scott competed seven laps of the feature race before a piston failure eliminated him.

As the very last person to try and qualify for the 1975 Indianapolis 500, the gun had already been fired to end the activities while Scott was on the track. His first couple of laps were not quite fast enough to make it, and he caught the outside wall exiting Turn 4 on the fourth and final lap, failing to qualify.

In 1976, Scott qualified Warner Hodgdon's Spirit of Public Enterprise Eagle/Offenhauser at an average speed of 183.383 mph. He finished 23rd when the race was prematurely ended by rainfall after 102 laps.

Scott unsuccessfully attempted to qualify for the "500" a few more times. After failing to qualify Larry Walker's entry in 1982, Scott spent Race Day as an analyst for the Indianapolis Motor Speedway Radio Network broadcast.