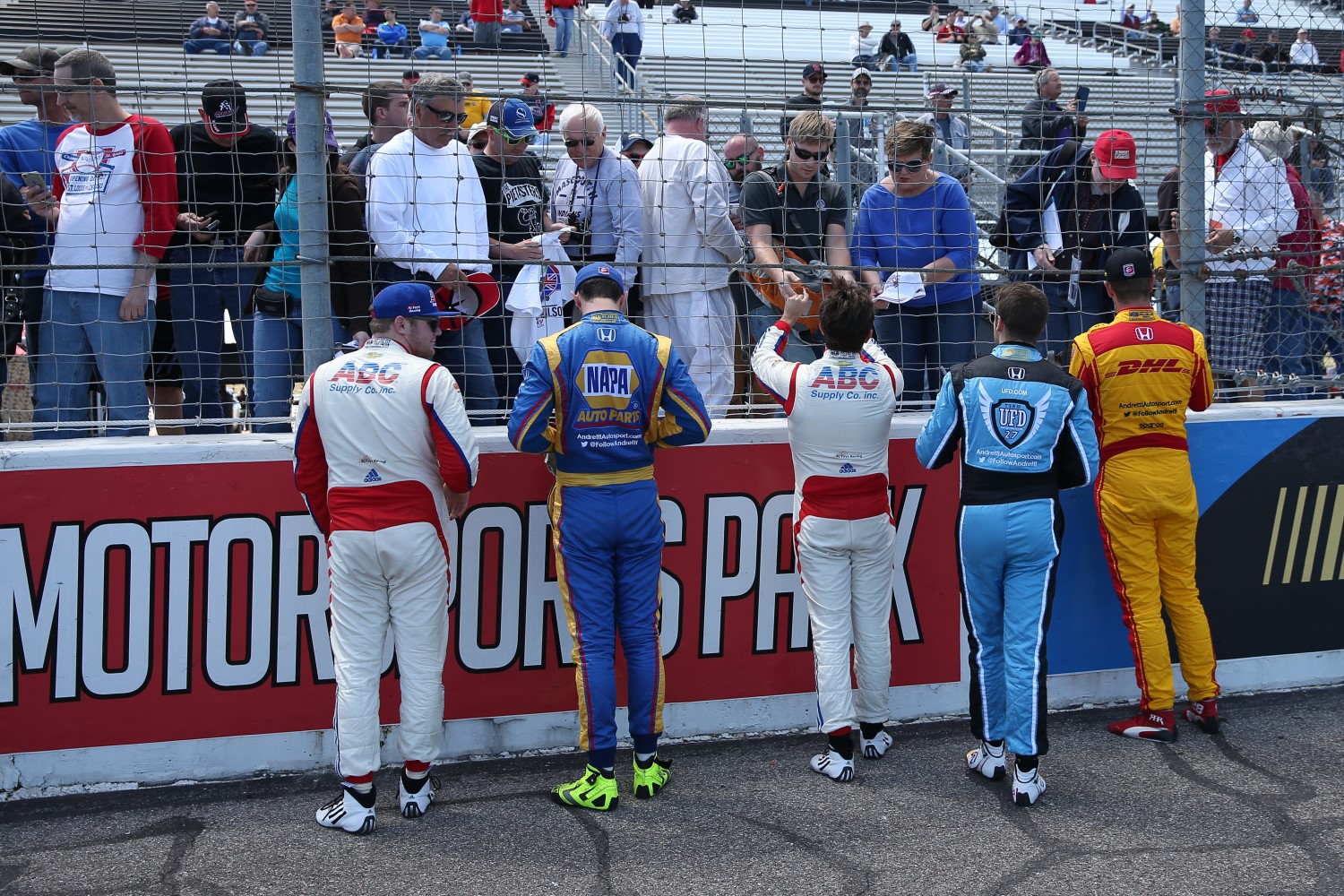 AJ Foyt driver Conor Daly turned the fastest lap in first round IndyCar testing Tuesday at Gateway Motorsports Park in Madison. Daly's lap of 173.714 mph led a Chevy Sweep of the top-5 positions. The Hondas are towing the same parachute around the track they were towing in Phoenix and were out to lunch as can be seen from the times below.

The fastest Honda was Scott Dixon in 6th place

The Ed Carpenter Racing-Chevrolet driver made contact with the Turn 2 barrier on his 22nd lap of the test session.

"It's really windy out here and we’re trying to sort it out through Turn 1 and Turn 2, and I don’t know if was gusty or what, but I thought there would be more grip rolling a little higher through the corner but there just wasn’t," said Hildebrand, who was unhurt.

"I collected the outside wall at the exit of Turn 2. I felt like I was out of [the throttle] forever, trying to let it regain some grip while going up the hill, and it just didn’t [grip].

"I'm frustrated for the team. It was an unnecessary thing to have happen, but hopefully we can get back out later today."