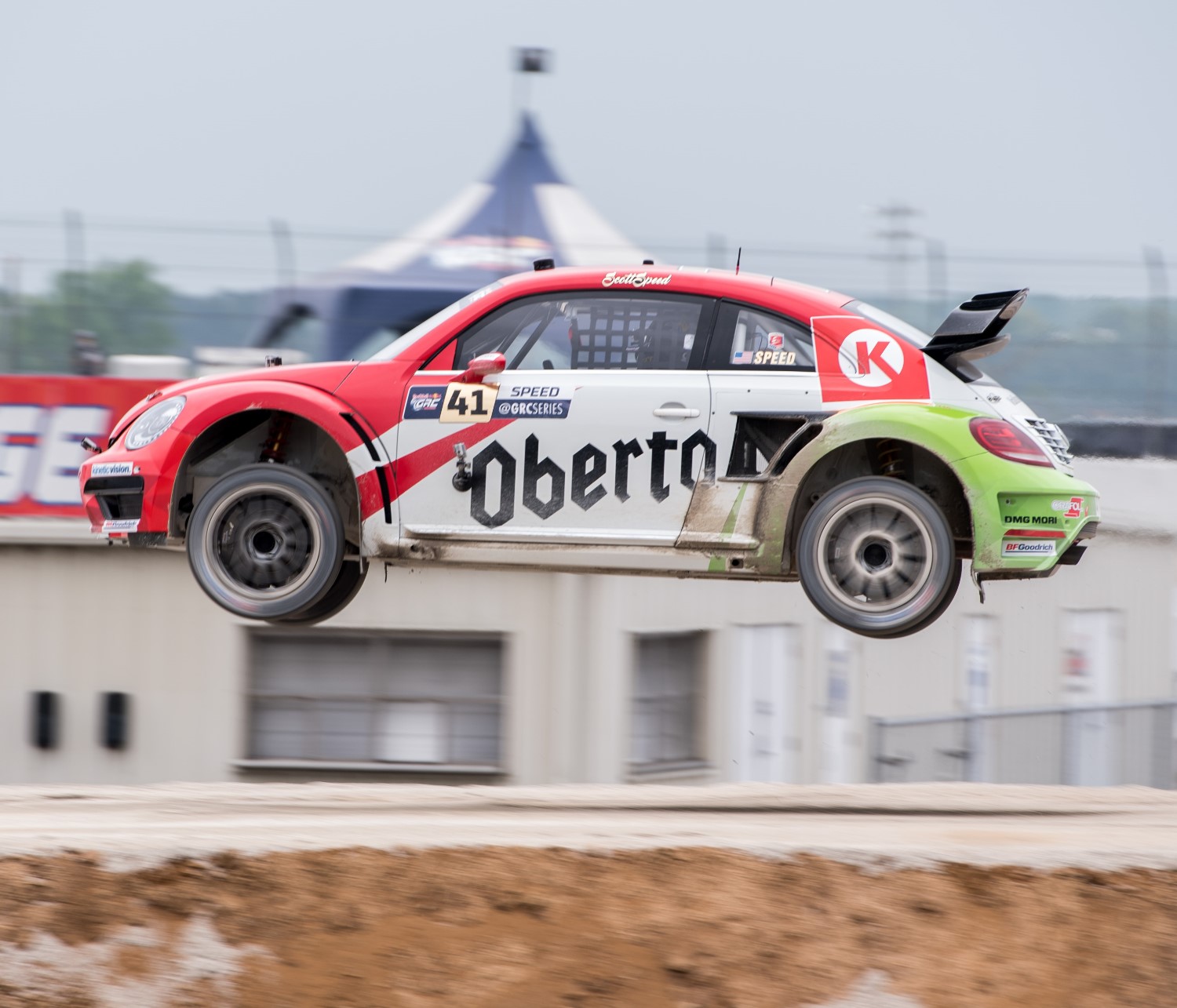 Herndon, VA — Looking every bit the champions that they are, Volkswagen Andretti Rallycross returned to the season-opening round of the 2017 Red Bull Global Rallycross championship in fine form, claiming a 1-2 finish in Saturday’s Final. Scott Speed led teammate Tanner Foust across the line, earning his 13th career win to take the early lead in the 2017 championship battle.

Speed started the season off strong with a commanding performance in qualifying, putting his Beetle GRC on pole position. The reigning double-champion followed up his qualifying run by completing a nearly perfect weekend, earning wins in two Heats, his Semifinal, and the Final race.

The only hiccup from the driver of the No. 41 Oberto Circle K Beetle GRC came in Heat 3B in which a slow start allowed rivals to jump him to the lead of the race, forcing him to finish third. Still, Speed was in prime position for the start of the Final, and despite an early red flag and race restart, he walked away from Memphis with his first win of the season.

“Having an almost perfect weekend like this is obviously a great way to start the season," said Speed. “Our whole time here was really smooth, and that doesn’t just happen by accident. Lots of hard work made this possible, so I’ve got to give a shoutout to everyone at Andretti and Volkswagen who made this result possible."

Foust was also quick on the 1.18-mile Memphis International Raceway circuit. The No. 34 Rockstar Energy Drink Beetle GRC driver set the second-quickest qualifying time behind his teammate, setting up a difficult road through the rest of the weekend for the two-time series champion. Foust earned second-place finishes behind his teammate in the first two round of Heats, but took his first preliminary race win of the season in Heat 3B.

That victory allowed Foust to start Semifinal B from the front, propelling him to victory in that race and a second-place grid position in the Final. Foust made it close for his teammate, but was unable to pass, earning yet another podium in his storied rallycross career.

"I’m super excited for the whole team with a result like this," said Foust. “After qualifying in second, and with Scott putting in some amazing Heats, you just have to grab onto those heels and hang on. Overall, this was a great performance on a tricky track, so I’m very proud of this team and the hard work that’s paid off today."

The reigning champions leave Memphis with the championship lead, giving their drivers a foot up on their rivals for the rest of the 2017 season. Hard work from the team during the offseason bore fruit in Memphis and Speed is hoping to enjoy a similar advantage for the rest of the year.

“The whole team just worked this offseason. We put in the work, and when we wanted to stop we worked some more," he said after the race. “When you show up to the first race and you put this kind of performance down, it just makes all that work worthwhile."