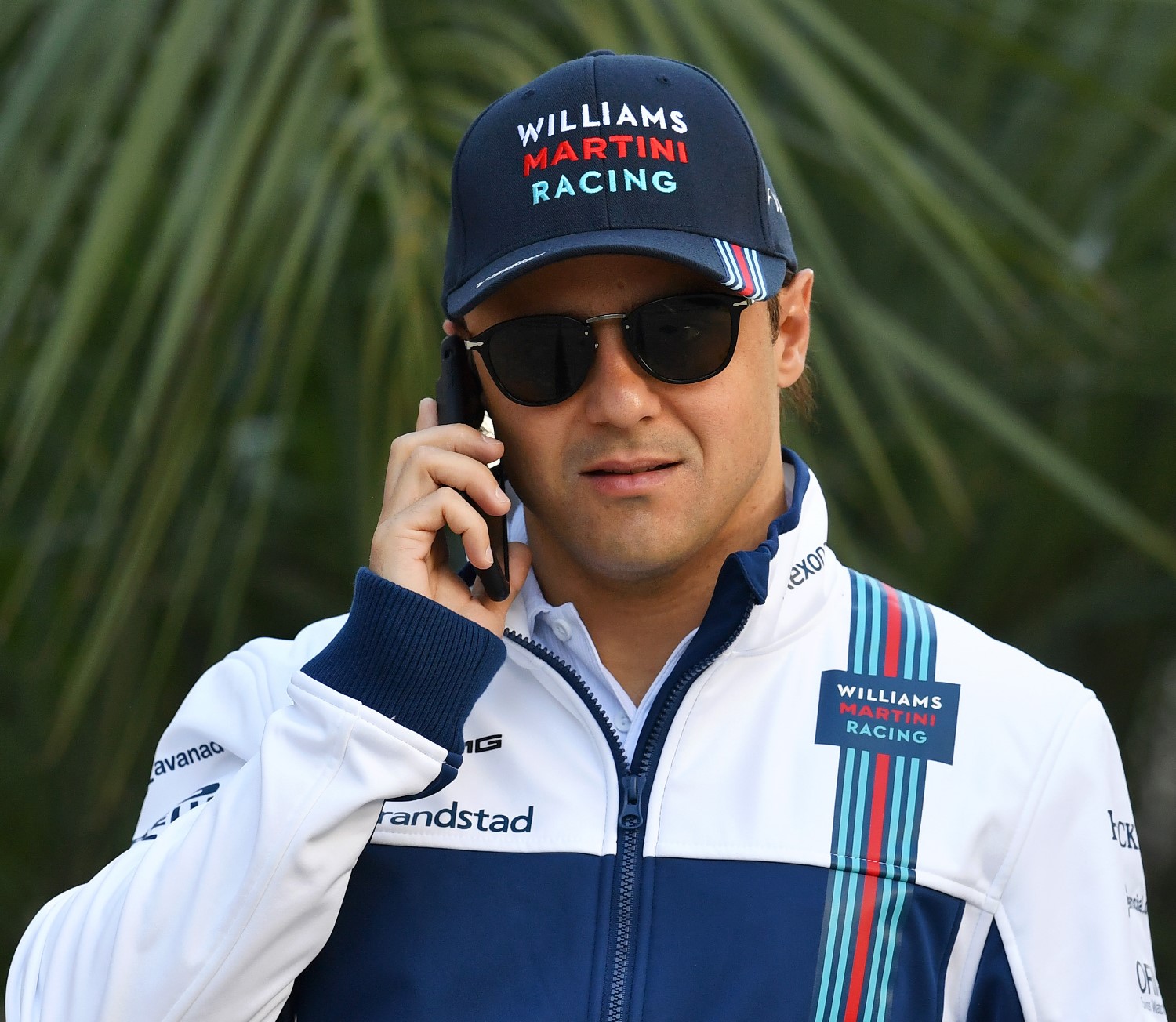 Over a decade ago, the then young Brazilian looked up to the great Michael Schumacher at Ferrari.

Now, it is the 36-year-old Massa who is mentoring teenage rookie Lance Stroll at Williams.

"But I remember I asked him (Schumacher) more questions than I got answers," Massa smiled. "Michael gave me a lot of time.

"He was not always so happy when I was ahead of him," he added.

"But I saw him as a teacher. As a master. I had no problem asking him about every little thing. He told me a lot.

"Maybe I can give Lance some tips that I got from Michael."

(GMM) Renault-powered F1 figures have scoffed at the FIA's conclusion that engine parity has now been achieved.

Amid rumors Honda might get help in catching up with the other engine manufacturers, it emerges that an analysis by the FIA found that Mercedes, Ferrari and Renault are all within 3 tenths of a second per lap.

"I heard that and almost made a joke about it on Twitter," Renault-powered Toro Rosso driver Carlos Sainz is quoted by Speed Week.

"Sure, we've made progress but we're definitely not closer than half a second."

Red Bull's Daniel Ricciardo agreed at Sochi: "When I look at the gap to Ferrari here, I can't quite understand the FIA because the gap is bigger than that.

"If it was three tenths, I would be very happy."

And Marc Surer, a former F1 driver who is now a German-language TV pundit, added: "For me it's purely a political statement — a joke!

"If Sergio Perez as a Mercedes customer driver says the engines are equal, that's just logical — obviously the Mercedes teams have zero interest in letting the other engine manufacturers catch up."

No night race in Russia

(GMM) Organisers of the Russian grand prix have backed away from their earlier deliberations about turning the Sochi event into a night race.

Before Bernie Ecclestone was deposed as F1 supremo, talks took place about potentially installing the necessary floodlighting so that the race can be held after sunset in the future.

"It's a new management team in formula one now, and there are doubts that it makes sense to do the grand prix of Russia at night," deputy prime minister Dmitry Kozak told the Tass news agency.

"The TV picture is important for sports fans around the world, and the sea, the mountains all look very nice on the TV at the moment," he added.

Kaltenborn sure Honda will improve
(GMM) Monisha Kaltenborn says she is confident Honda will make a big step forward in formula one for 2018.

It was announced on Sunday that Sauber, currently a customer Ferrari team with a year-old power unit, will switch to Honda next year.

Honda, having notably struggled since returning to F1 in 2015, confirmed that the McLaren partnership will continue.

"We will continue our challenges so that our fans will enjoy seeing a Honda with dominant strength as soon as possible," said a Honda communications spokesperson.

Sauber boss Kaltenborn said that despite Honda's problems with McLaren, she is confident good times are ahead.

"Do I think they will improve? I am sure of it," she told Russia's Championat.

"I remember the situation with other manufacturers and we see where they are now. Honda will be no different," said Kaltenborn.

There has also been speculation Honda will get help in catching up, possibly from Mercedes but also from the FIA, with the governing body having concluded a performance parity analysis.

But the FIA's Charlie Whiting is quoted by AS newspaper: "It (the analysis) was not about helping anyone, but showing that the measures that were put in place, like eliminating the tokens, helped the convergence. And it did."

Ferrari happy with Raikkonen in Russia

At Sochi, Sebastian Vettel qualified on pole but it was his earlier-struggling teammate Kimi Raikkonen who qualified next, in front of the two Mercedes.

"I'm really happy, most of all because we have a great car and two exceptional drivers — and I must stress two," boss Arrivabene told Italy's Sky.

"It is nice to see them smiling.

"Kimi is not a slow driver. He might take a moment early in the season to find his pace, but once he finds it, his right leg is really heavy," he added.

Wolff plays down 'off' Hamilton form

(GMM) Toto Wolff has played down an uncharacteristic 'off' weekend for triple world champion Lewis Hamilton.

In his championship battle with Ferrari's Sebastian Vettel, Hamilton qualified at Sochi not only behind the German but also the second Ferrari as well as his Mercedes teammate Valtteri Bottas.

"Lewis is an outstanding driver, but he is not at his usual level this weekend," Mercedes boss Wolff told the Austrian broadcaster ORF.

"We are still investigating why this is the case.

"He is just not happy with the car, and on a track like this I think you need a car that feels good. You have to realize that although he is a great driver, even he has bad days.

"In addition, Valtteri has been really good here in the last few years," Wolff added.

According to Red Bull's Christian Horner, the situation at Sochi is cause for alarm for Wolff.

"For me the Ferrari is the best car in the field," he is quoted by Speed Week. "If I was Toto I'd be worried, because Seb makes less mistakes over a season than Lewis. And maybe he's mentally stronger than Lewis too."

In recent seasons, the ever-expanding calendar has been criticized for the arrangement of its often geographically-distant races.

But Italy's Corriere della Sera reports that the next calendar is being arranged so that races are grouped in time zones.

"We're working on it," new chief executive Chase Carey confirmed. "It's an idea to organize races into one or a maximum two time zones so that up to four grands prix can be grouped to avoid the brutality of the back to backs."

However, he denied claims that F1 is now pushing away from the emphasis on Asian races, with Malaysia already dropping off the calendar for 2018.

"That is absolutely not true," Carey insisted.

"What we've said is that we want to grow F1 in America, with the base remaining in Western Europe."

McLaren driver Fernando Alonso has continued his criticism of power unit supplier Honda, believing the MCL32 is giving away 2.5 seconds per lap on the straights at the Sochi Autodrom.

McLaren-Honda has so far been plagued by unreliability and underperformance this season, with the outfit yet to score a point, having recorded just one finish from six starts.

Alonso progressed through Q1 at the Russian Grand Prix but his time in Q2 was three-tenths slower, and he finished as the slowest runner, 3.4s behind Q2 pace-setter Valtteri Bottas, taking 15th spot.

"I felt [it was] a good qualifying, good balance on the car, I was able to push on the corners, the car was grippy," said Alonso.

"We performed good laps, especially the Q1 lap, it was quite a good one, I was seven-tenths in front of Stoffel [Vandoorne], and he won all the categories until Formula 1.

"So, my performance right now is quite OK and I feel very competitive.

"But we were losing 1.3 seconds in the first straight this morning, around 2.5 seconds on the straights on the whole lap and that's what it is at the moment."

Vandoorne qualified in 17th position but will start from the back of the grid, owing to the 15-place penalty he received after taking on a fifth MGU-H and Turbo Charger on Friday.

"We knew before qualifying that we were going to start last so I don't think qualifying was hugely important for us," he commented.

"We'll try and do our best from the back tomorrow, we can only do better from there.

"We know overtaking around here is quite difficult and especially for us it's quite challenging, to be able to overtake, but hopefully we get a decent run and get a bit more learning."

Valtteri Bottas is optimistic that the nature of the opening sequence of corners at the Sochi Autodrom can provide him with the chance to attack rival Ferrari at the Russian Grand Prix.

Ferrari built on its practice pace in Russia to lock out the front row of the grid, with Sebastian Vettel edging Kimi Raikkonen to take pole, and Bottas taking third.

Bottas, who cut Mercedes' deficit to just 0.095s in the final segment of qualifying, reckons he can threaten the Ferrari duo at the start on Sunday.

"We can clearly see from the result that Ferrari was quicker today," said Bottas.

"We were close in the end but not quite [close] enough.

"To be honest, all weekend they've had the upper hand, they've been able to extract much more, especially from the Ultra Soft tires.

"That's what we really struggled with yesterday, and we made improvements, but obviously it was not quite enough.

"It's still a good team effort to get very close, we're on the second row and as always tomorrow is the day that really counts.

"The second row start here is not that bad a thing, it's a pretty long run into Turn 2."

Bottas' team-mate, Lewis Hamilton, qualified in fourth place, half a second adrift, lamenting struggles in the final sector of the lap.

Grosjean: Struggles not down to brakes

Haas driver Romain Grosjean says his struggles during qualifying for the Russian Grand Prix were not brake-related, stating that "the car wasn't doing anything I wanted".

Haas started the Sochi weekend with Carbon Industrie brakes, after a successful test in Bahrain, but faced issues in practice and reverted to Brembo for Saturday's running.

Grosjean, again critical of his car's balance on the radio, wound up 20th in qualifying, though also expressed frustration over late yellow flags, which hindered his final run.

Grosjean was caught out in similar circumstances in China, while team-mate Kevin Magnussen suffered early qualifying exits in Australia and Bahrain amid yellow flags.

"I've been very unhappy with the car since Friday morning," said Grosjean.

"Something is just not working, and then in qualifying we had the yellow flags on my last lap.

"We need a solution for those yellow flags; three races now we've had at least one Haas [car] out because we get a yellow flag on our last attempt, so that's a bit too much.

"Kevin has been pretty happy with his car and I haven't. It was nothing in the brakes, it was just the car wasn't doing anything I wanted, so I think [the race] will be very hard."

"As a team, we're struggling a bit more this weekend than in the first races," he said.

"It's not perfect, but I think P14 for me was the best I could do. I think with a perfect lap P11 could've been possible, but it's very close from 11th to where I am, very close.

"I don't think any of these guys probably had a perfect lap. It is what it is.

"We've been a bit unlucky this weekend having to go back on the brakes in the middle of the weekend, but I think we'll still have a good car for the race."