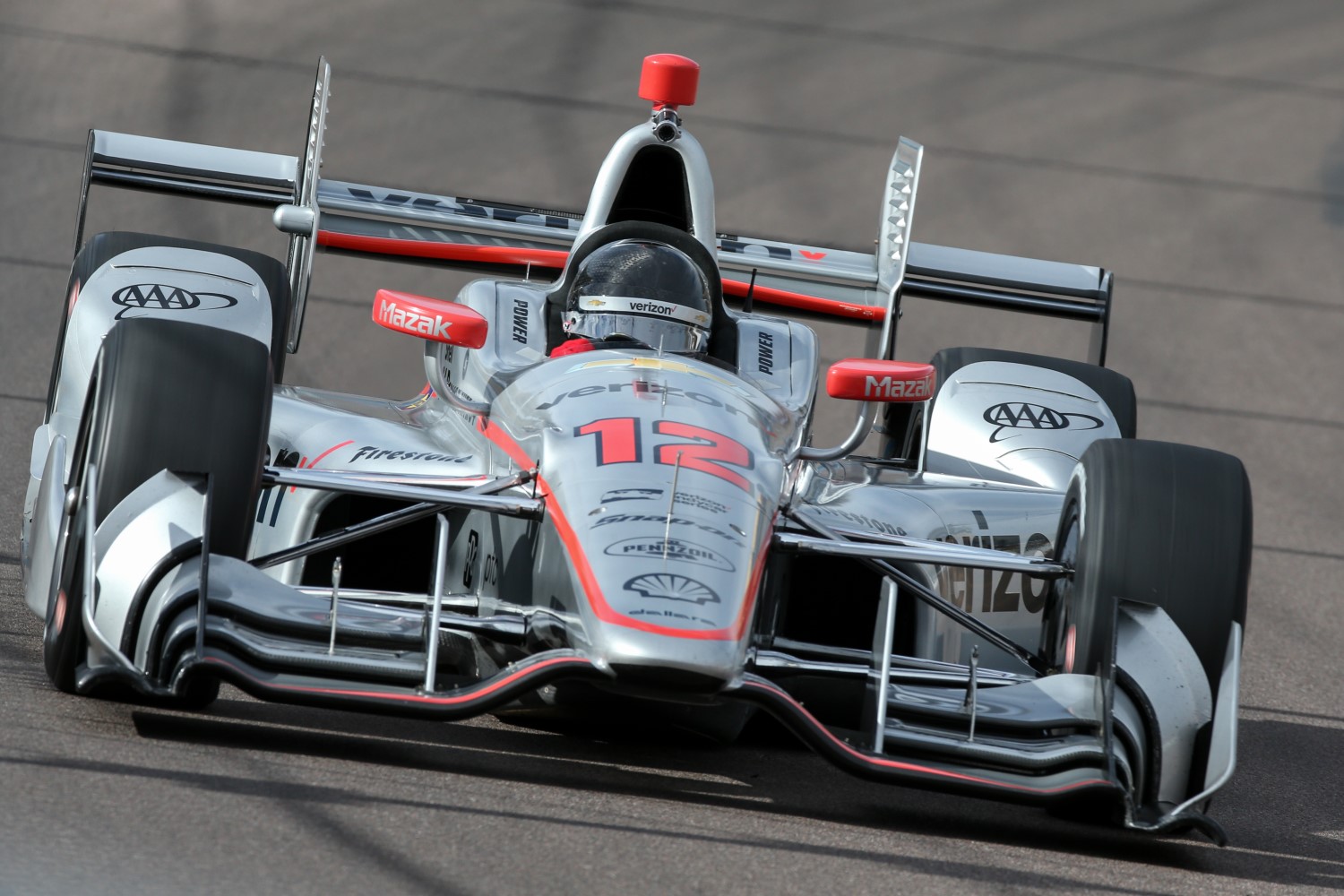 Team Penske's Will Power wants the Verizon IndyCar Series to allow road course turbo settings on oval tracks so the cars have at least 700 HP.

"I do tell the series we need less downforce, give us road course horsepower, you know, speedway wings," he pleaded. "Let us leave dark marks on the exit of corners (from the wheelspin). Here, your corner speed is about the same as your bloody [straightline] speed.

"I believe they should … give us a heap of horsepower, which we have potential for on the road course horsepower, and then take a bunch of grip away. That would be really cool."

"There's [a possibility of] good balance, actually," he said of reducing the crazy downforce levels currently used at Phoenix and Iowa. "What we ran from 2012 to '14, like at Milwaukee, you're going down two gears in the corner. It wasn't really a full lift, but it was a lift. I won the race in '14 because I had better traction off the corner. So that was a pretty good level."

"So definitely it needs to come with the tire, as well," he added. "Softer tire, more forgiving, slide more. Even something that just degrades a bit."