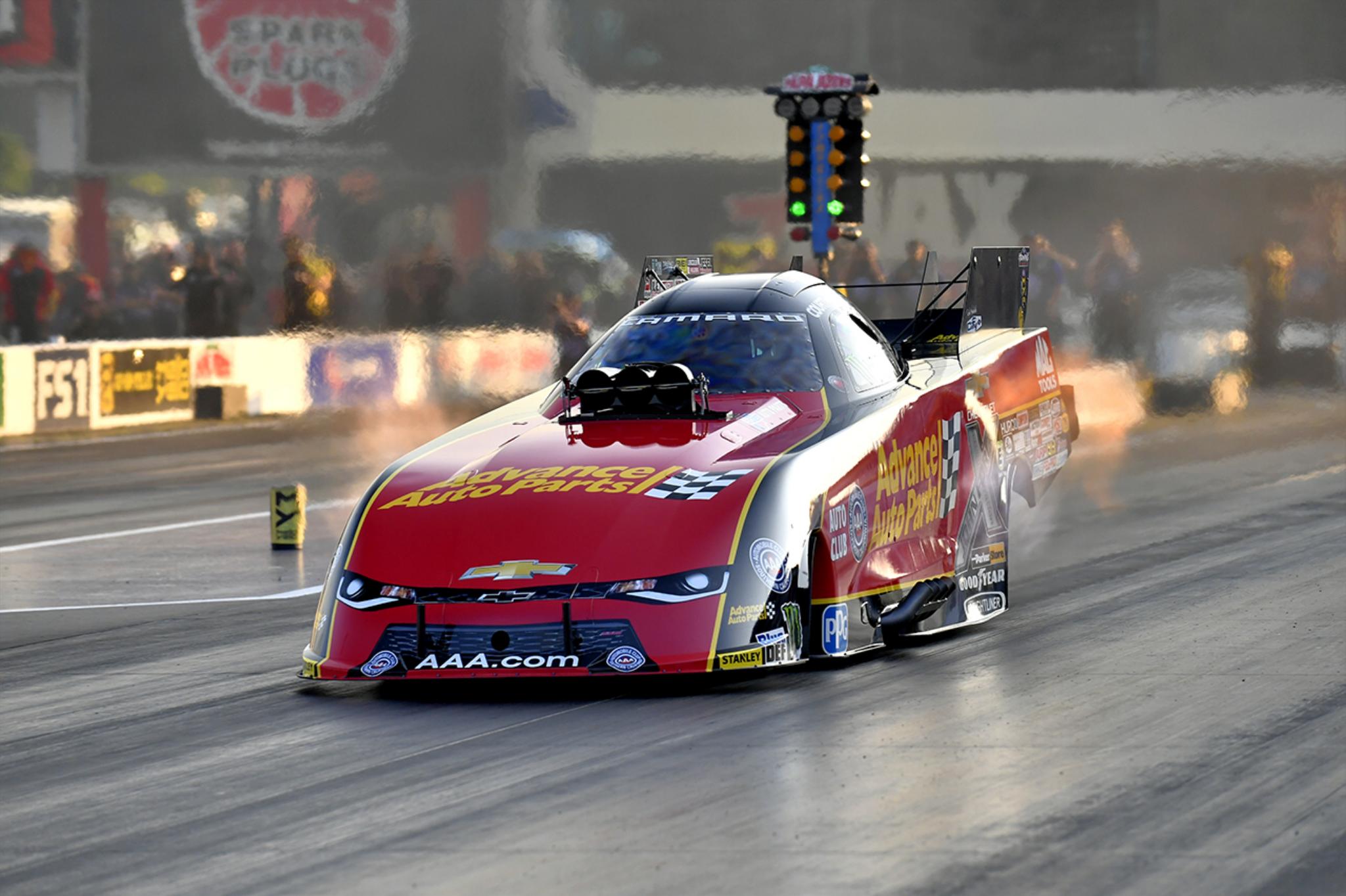 Courtney Force raced to the top of the Funny Car ladder in Friday's qualifying session for Sunday's 8th-annual Four-Wide Nationals at zMax Dragway in Concord, N.C.

Force re-wrote the track ET record with a low pass of 3.851 seconds at 323.27 mph in the second session which was dominated by warm tracks temperatures and top speeds nearly five miles-per-hour faster than the earlier afternoon session.

Force knocked her father, John Force, off the provisional pole, while her teammate Robert Hight took second with a time of 3.873 at a track record 333.91 mph.