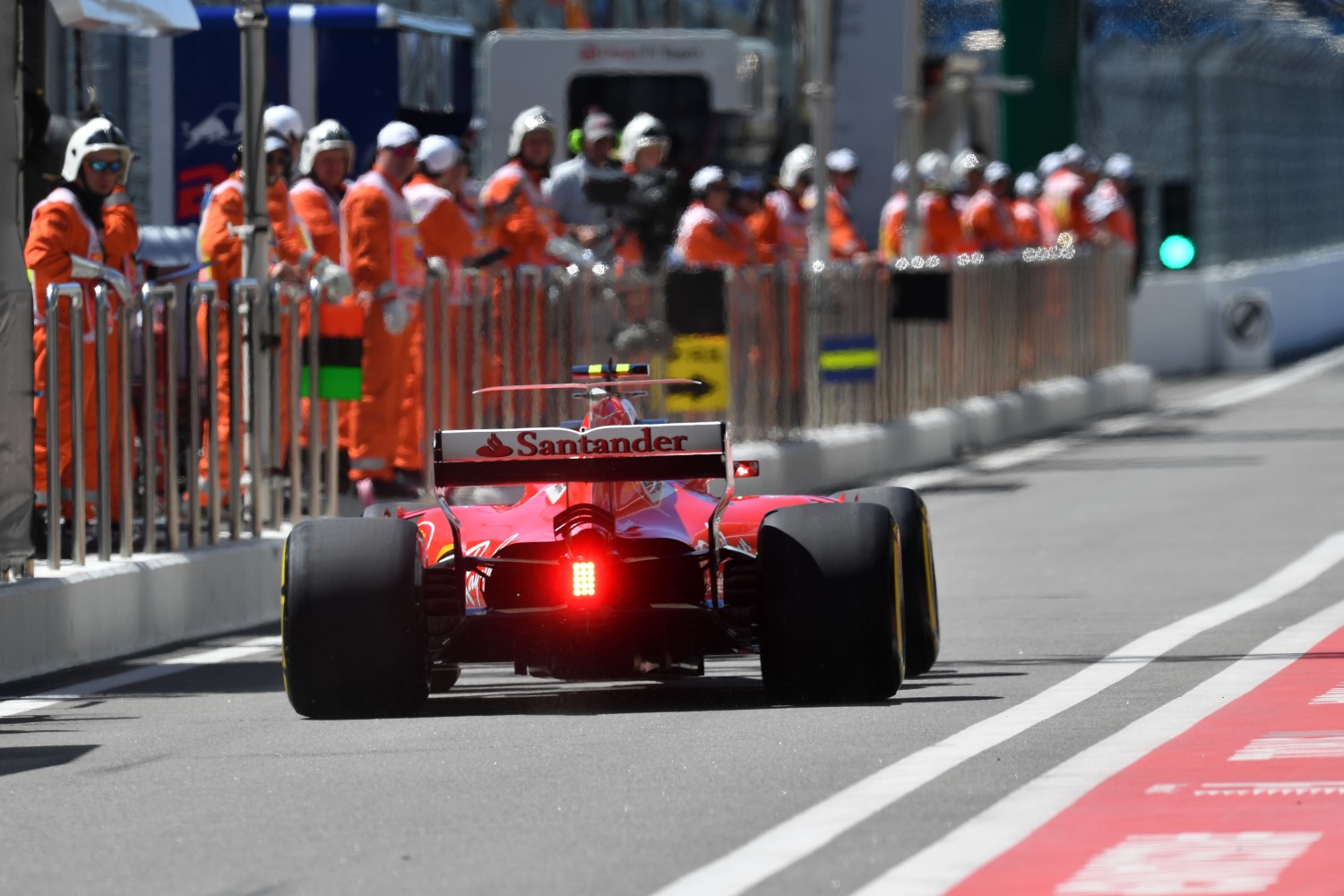 Ferrari's Kimi Raikkonen turned a lap of 1m36.074s to top opening practice for the Russian GP ahead of the Mercedes of Valtteri Bottas (1m36.119s) and Lewis Hamilton (1m36.681s). They were the only drivers in the 1m36s bracket.

Max Verstappen was 4th for Red Bull while Sebastian Vettel rounded out the top-5 in the second Ferrari.

As track and ambient temperatures climbed from 34 and 20 degrees Celsius to 36 and 22, Raikkonen’s best lap on Pirelli’s supersoft tire was 1m 36.074s, beating countryman Bottas by 0.045s.

Hamilton set the initial pace with 1m39.558s on the soft tire, ahead of Bottas on 1m 39.871s, but those positions were reversed when they switched to supersofts. Bottas lapped in 1m 36.998s compared to Hamilton’s 1m 37.607s, and after the Englishman had improved to 1m36.681s which left him third overall, the Finn slashed that with 1m36.119s for his second place slot.

Despite complaining that his Red Bull sounded odd as he accelerated and changed up from fourth gear, Verstappen took his fourth fastest time, on supersofts, with 1m37.174s, pushing Vettel down a place in the closing stages. The German was upstaged on this occasion by his teammate, setting the fourth best time of 1m 37.230s and spinning in the penultimate corner close to the end while trying to improve that, so clearly he has a lot more to come. Ricciardo completed the top six for Red Bull, at 1m37.290s.

The unhappiest man was Sergey Sirotkin, who replaced Nico Hulkenberg at Renault for the session; the Russian test driver managed only two untimed laps before his R.S.17 shut itself down in Turn 2. No amount of juggling with pressing the brakes, pulling the clutch and pressing the overtake button could coax the car to life again.

Meanwhile, Ferrari drivers Sebastian Vettel and Kimi Raikkonen have edged closer to Formula 1 grid penalties after taking their third new turbochargers of the season in Russia.

Drivers are limited to four components of each engine element for the season, with grid penalties handed out if they exceed that allocation.