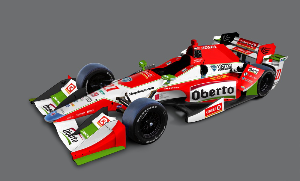 “Oberto has been a strong partner for us on the Global Rallycross front, and we’re excited to welcome them to our IndyCar program as well as Marco’s primary sponsor for Phoenix," said Andretti Autosport CEO Michael Andretti. “We’re looking forward to success for Oberto and Circle K on two fronts this weekend – with Marco in Phoenix, and Scott Speed in Memphis."

“As Oberto continues to expand our footprint in the racing community, we are thrilled that our partnership with Andretti – one of the greatest names in racing – is growing," said Tom Hernquist, CEO of Oberto Brands. “We are excited to have the Andretti family help us deliver our message and further educate consumers on the power of our all-natural Oberto products. Their dedication to the racing industry and the efforts they put in both on and off the track perfectly exemplifies what we stand for here at Oberto."

“The Circle K partnership with Andretti Autosport dates to 2011; we’ve been thrilled to be part of some of the team’s biggest moments, including Ryan Hunter-Reay’s championship in 2012 and numerous race wins," said Al Wilkinson, Director of Marketing, Circle K Arizona Division. “We are looking forward to welcoming Marco to our Tolleson store Thursday to meet fans and cheering him on to victory at Phoenix Raceway Saturday."

About Andretti Autosport
Based in Indianapolis and led by racing legend Michael Andretti, Andretti Autosport boasts a wide racing portfolio rooted in tradition and designed for success. Together with Andretti Formula E and Volkswagen Andretti Rallycross, Andretti Autosport fields multiple entries in the IndyCar Series and Indy Lights, along with entries in the FIA Formula E Championship and Global Rallycross. The company boasts four IndyCar Series championships (2004, 2005, 2007, 2012), two Indy Lights titles (2008, 2009), one Pro Mazda championship (2013) and one USF2000 championship (2010) and has captured victory four times at the famed Indianapolis 500-Mile Race (2005, 2007, 2014, 2016). Additionally, the team holds two X Games Gold Medals and two Global Rallycross championship (2015, 2016). To share in the Andretti story, please visit online at AndrettiAutosport.com and follow along on Twitter via @FollowAndretti.

About Circle K
Couche-Tard is the leader in the Canadian convenience store industry. In the United States, it is the largest independent convenience store operator in terms of number of company-operated stores. In Europe, Couche-Tard is a leader in convenience store and road transportation fuel retail in the Scandinavian countries (Norway, Sweden and Denmark), in the Baltic States (Estonia, Latvia and Lithuania) and in Ireland with an important presence in Poland. Through our global brand Circle K, we are proud to operate 12,500 stores and employ over 100,000 people worldwide. Our mission is to become the preferred destination for convenience and fuel. http://corpo.couche-tard.com