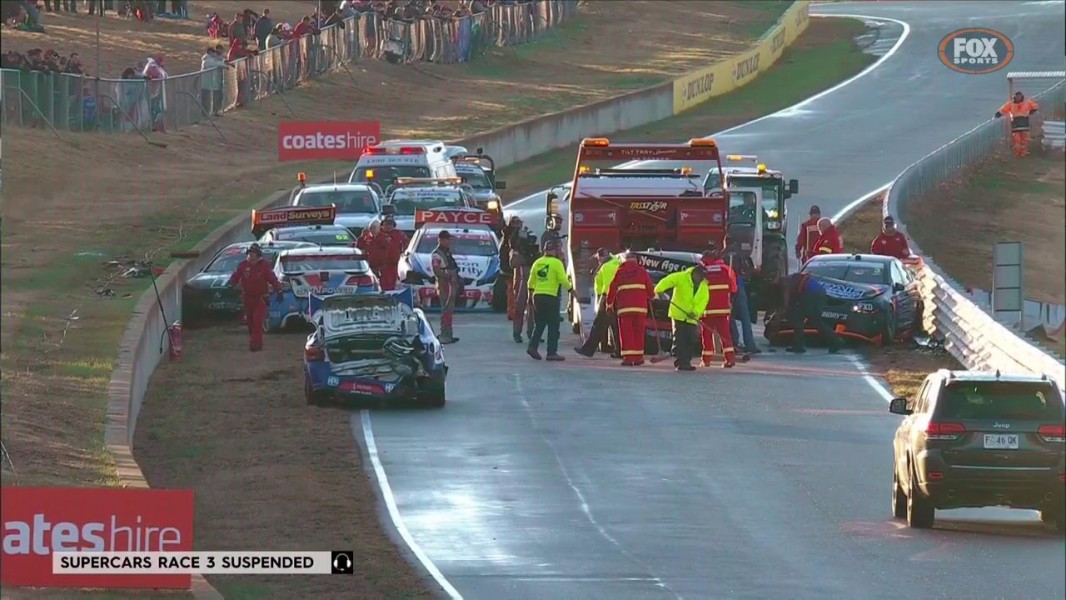 Dunlop will begin work on a solution to avoid a repeat of the failures seen at the WD-40 Phillip Island 500 today having identified the cause of the series of tire blowouts.

Representatives from Dunlop Australia will contact the tire firm's headquarters to discuss ways to solve a weakness in the new-for-2017 constructed soft compound control rubber.

Tires emerged as a key talking point following a series of failures in both Supercars races at the demanding Phillip Island circuit.

Higher speeds from the new tires produced record lap times and extra stress on the rubber.

An investigation was launched after 18 separate issues in Race 5 which resulted in Supercars increasing the minimum tire pressures and issuing a recommended camber setting.

Aggressive set-ups, outside of Dunlop's preferred parameters, used by teams contributed to the problem.

The special measures put in place limited the failures to five in Sunday's 250km race.

Extensive analysis at the Victorian circuit has highlighted an area for improvement within the construction of the tire, with the firm confident of a resolution, according to Dunlop Australia boss Kevin Fitzsimons.

The soft tires will return to action at October's Supercheap Auto Bathurst 1000.

"We've got a very good handle on what's the cause of the failure, it is in the tire construction itself, so we'll just nut our way through it and go from there," Fitzsimons told Speedcafe.com.

"I'll be onto the factory first thing on Monday and speak to the engineers over there and send them reams of photographs and emails and we'll nut it out and get to the bottom of it.

"It just may be a different type of material or something that handles heat a little bit better.

"We've got to have a look at the data and get a handle on the heat generation and the flexibility when the tire's very, very hot, internally and externally.

"We have a look and look at all sorts of components and see what we can do to make it a bit stronger for this sort of scenario here (at Phillip Island).

"It's a challenge, it's frustrating for the teams, it's really frustrating for us, and it's disappointing for the fans, but it's one of those things, you just go do your due diligence, go through, work through it, and find a solution that works for everybody."

Dunlop was scheduled to test its latest tires at Phillip Island with Mark Winterbottom last year but the session was rained out.

Fitzsimons has revealed several factors made it difficult to reschedule the test.

"I've read a lot of the stuff on social media and everyone is saying that it should have been re-tested and that, and it's not really that simple," he added.

"It was a matter of when teams were available, because we were going to test with three different teams and they became unavailable due to various circumstances towards the middle of last year.

"The circuit availability, weather, the factory, or just the way the calendar is (were factors), and I think trying to find a window to yank a car out of the workshop for two days when you've only got two weeks to turn around is really difficult." Speedcafe