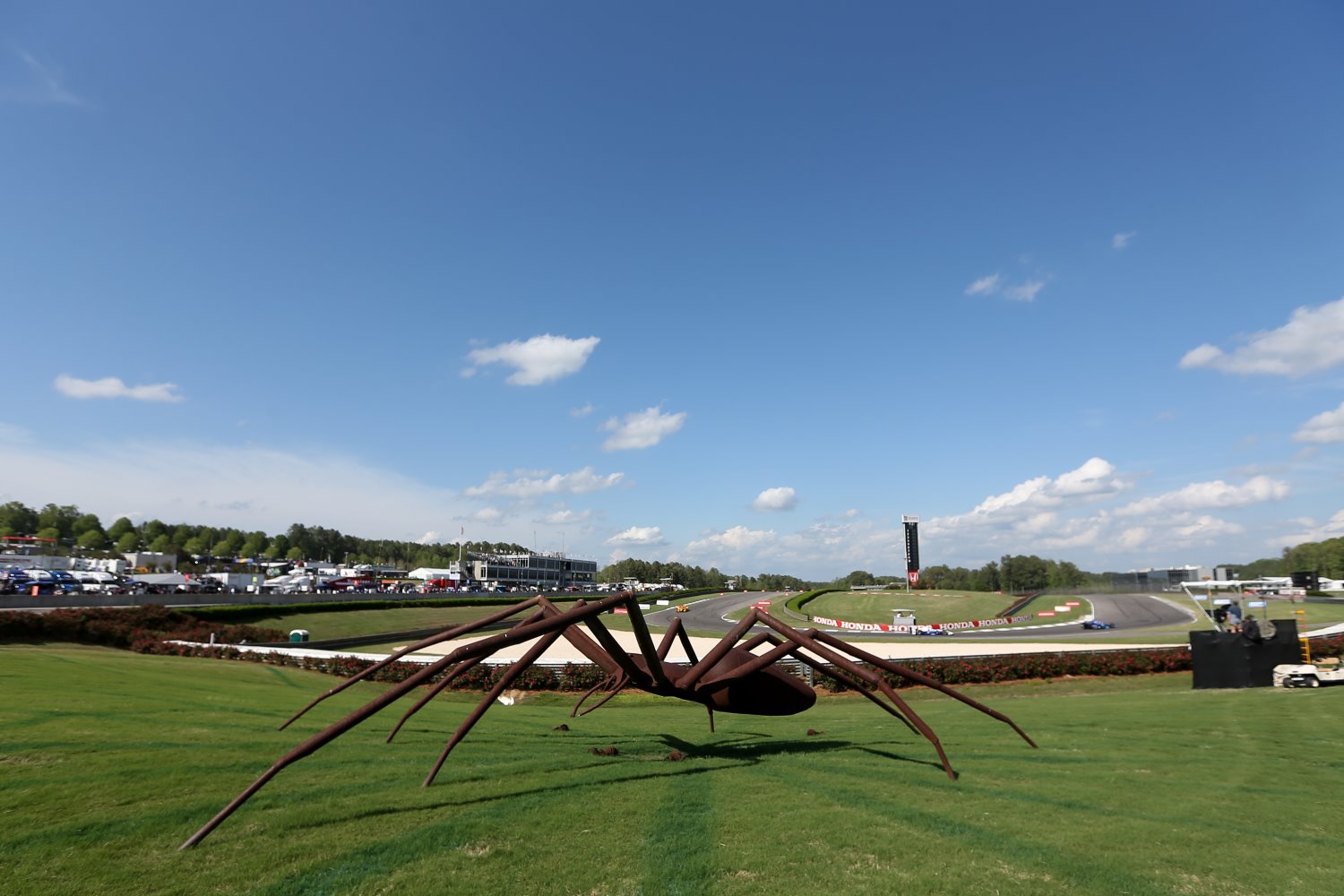 UPDATE The rain has stopped, the track has dried and the Indy Lights race is currently underway in the dry with Colton Herta in the lead.

04/23/17 The rain has stopped, the track has dried and the Indy Lights race is currently underway in the dry with Colton Herta in the lead.

04/23/17 Good morning from Barber Motorsports Park on race day. We did not escape the ran last night. It rained heavily after 6 pm last night and it is currently raining now. although the rain should stop later this morning, the high today is only supposed to be 65 degrees. That is a 20 degree change from the 80 degrees we experienced the last two days.

The buzz today is that Fernando Alonso will be at the track learning his team that he will be driving for in the 101st Indianapolis 500. The Formula One two time champion will be meeting the team members of Andretti Autosport and getting a feel for how things work in IndyCar.

We will be posting the press conference that will be held today at 11:00 am. Mark Miles, President and Chief Executive Officer of Hulman & Company, Michael Andretti, owner of Andretti Autosport, Zak Brown, Principle of McLaren, and Alonso will be in attendance.

With the cooler temperatures, the tires will play into the race strategy today. Simon Pagenaud, the defending race winner, had this to say about tires. "I think we'll see what the tire degradation is tomorrow. The weather, if it's colder, won't have opportunity. But if it's hot enough, we'll have tire degradation and then we'll have passing. We've seen some passes in the past. So you know, there is some restarts. Should be exciting, two in turn five. It usually is, so we'll see."

Scott Dixon, waiting to get his first win here at Barber, had this to say about the cooler temperatures, "If you have less degradation it makes it tougher, there's less separation between each car. I think Firestone actually brought a more durable Red tire here this year. So as you can see in qualifying, there wasn't that much difference between the Red and Black, which may not help that, as well. I think if you look at the races here in the past, this has been one of our best road course racetracks as far as passing and racing."

The series points leader, Sebastien Bourdais, qualified 12th for today's race. He commented on his qualifying effort. "We made some major changes to the car but they didn't work. There's something missing and we're just not quite understanding what it is. Quite truthfully to make it into the fast 12 was a big surprise with the understeer we had. Using another set of (Firestone alternate) reds didn't feel like the right thing to do to maybe get a better lap time, so we kept a new set for tomorrow and used the same reds we ran in Round 1. We figured it was best to swallow the pill today and hope for a better day tomorrow with two brand new sets of Firestone reds. We're scratching our heads but we'll keep working and see what we can do. As I've said before, some weekends we'll get it and some weekends we won't, but we'll keep on trying and not give up."

We will keep you updated throughout the day.