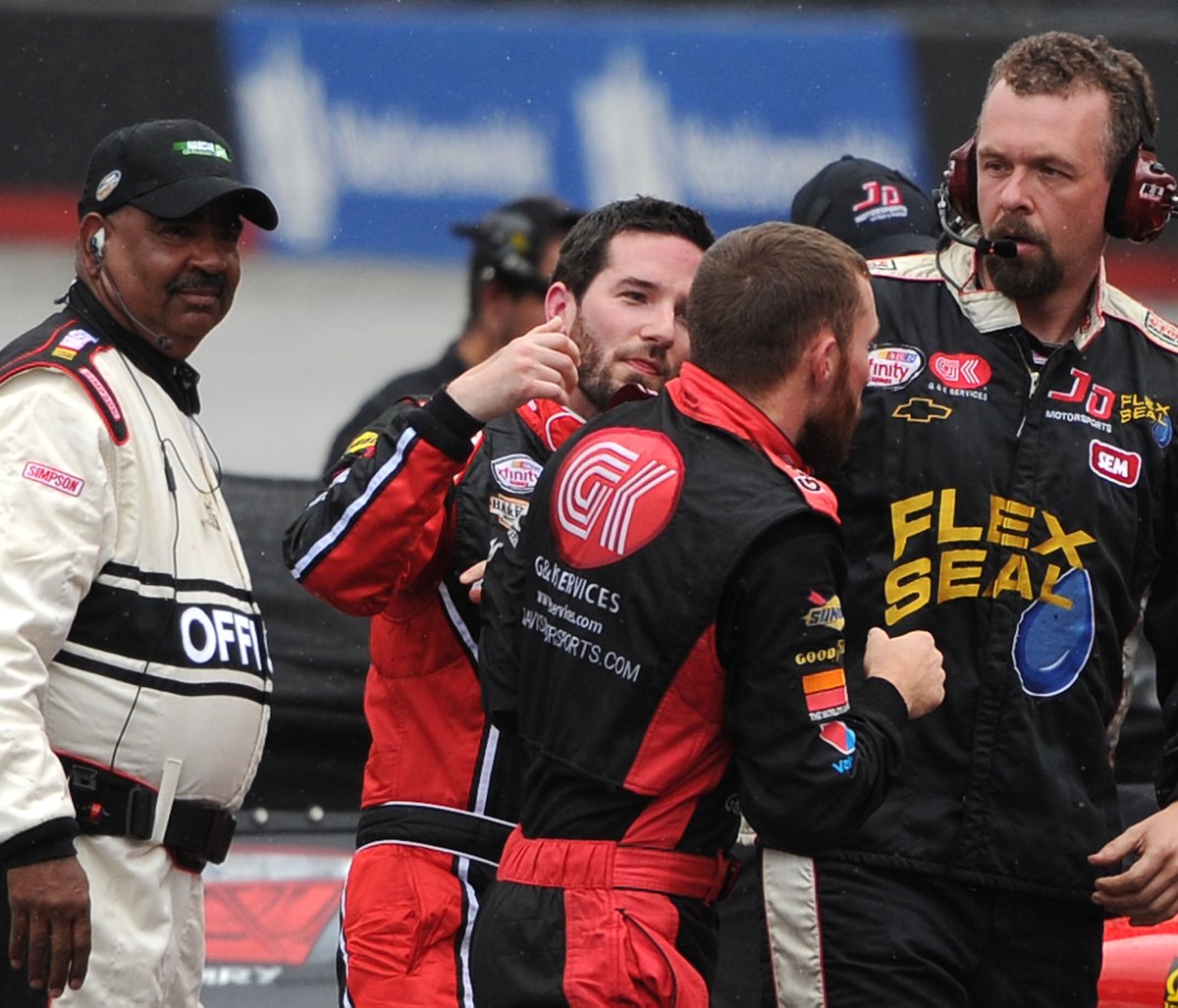 BRISTOL, Tenn. — Jeremy Clements said he was stunned when Ross Chastain“socked me" during a red flag delay during Saturday’s NASCAR Xfinity race at Bristol Motor Speedway.

Chastain and Clements had contact during the race and then Clements hit Chastain during a caution for rain. The race soon was stopped and drivers exited their cars. Clements came up from behind Chastain.

Said Chastain: “Somebody grabbed me and turned me around and I saw red eyes and a face that wasn’t going to talk.

“It was a reaction on my part. I’ve never punched anybody in my life. I don’t know what I’d do if I could do it all over again. I can’t let people come up and grab me. It’s happened before in NASCAR and out of NASCAR. I felt like I had to stand my ground.’’

Clements went to the infield care center to ice his left eye.

“It was swollen up pretty good,’’ Clements said. “He did punch me."

He returned and finished 17th. Chastain finished 31st after he was later involved in an accident.

NASCAR met with both drivers after the race and will review the matter to decide if there are to be any penalties.

Chastain and Clements both said they’ve had run-ins with each other through the years.

“I’ve talked to him before and it doesn’t get us anywhere,’’ Clements said after the race and before meeting with NASCAR. “I don’t know what to do. I try to race him clean all the time. He cuts you no slack and sometimes we’re running for 22nd and 23rd and (he) just door slams you. It’s uncalled for.’’

Chastain said they talked it out in the NASCAR hauler and shook hands.

“I feel bad,’’ Chastain said. “We run against each other. We work together. We buy motors from them. They build our motors, so it’s not good for me to do that. We’re good and on to Richmond.’’ NBC Sports