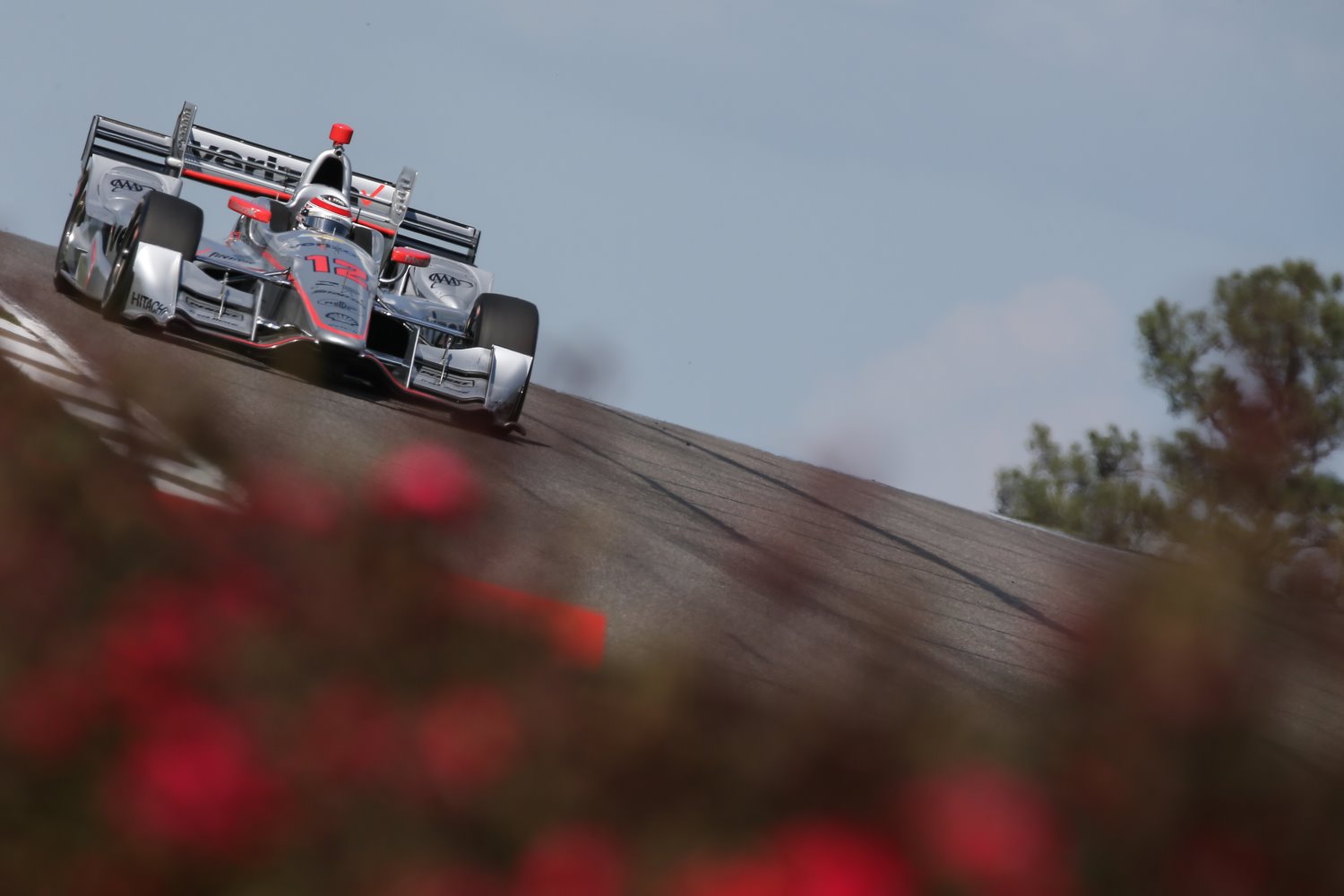 Good morning from Barber Motorsports Park. It looks like today's weather will be a repeat of Friday, sunny and 86 degrees. The rain that was predicted earlier in the week for today is no longer in the forecast. But a chance of early showers may happen on Sunday.

Yesterday's practice times were favorable for Team Penske, which has not had the best results in the first two races of this season. Will Power, driving the number 12 Verizon entry, was second fastest in combined practice times. Helio Castroneves, driving the number 3 entry, was fourth fastest. And the newcomer, Josef Newgarden, sporting a new paint scheme on his car with Fitzgerald Glider Kits sponsorship, was sixth fastest.

The series points leader, Sebastien Bourdais, driving the number 18 entry for Dale Coyne Racing, was ninth fastest overall. But don't count him out yet to continue his quest for the championship. Of Bourdais' 36 career wins, 33 of them were on road and street courses. Bourdais started driving in the IndyCar series in 2003. His first race here was in 2011 and he drove for Dale Coyne Racing then. He is looking for a win on this fast road course.

I am going to compare Bourdais to the other top winning current drivers in the series. Will Power has 26 of his 29 wins on road and street courses. Power started driving in the series in 2005, just two years after Bourdias. Power won back to back races here at Barber with Team Penske in 2011 and 2012.

Scott Dixon, the New Zealander that drives the number 9 for Ganassi Racing, has the most wins amongst the current drivers with 40. 19 of those wins came on road and street courses. Dixon who started racing in IndyCar in 2001, has finished on the podium here in Barber six out of seven times. Dixon is still looking for his first win here.

Helio Castroneves won the inaugural race here in 2010. He has 13 of his 29 wins on road and street courses. With 48 career poles in his career, Castroneves started racing in 1998 for Bettenhausen Motorsports. Castroneves joined Team Penske in 2000 and had his first three wins that year driving for the team. Sunday will be his 330th career Indy car start.

And Simon Pagenaud, the 2016 Series Champion, has had all of his 9 wins on road and street courses.

So qualifying today will be very interesting. Watch the action starting at 3:15 pm Central time today.