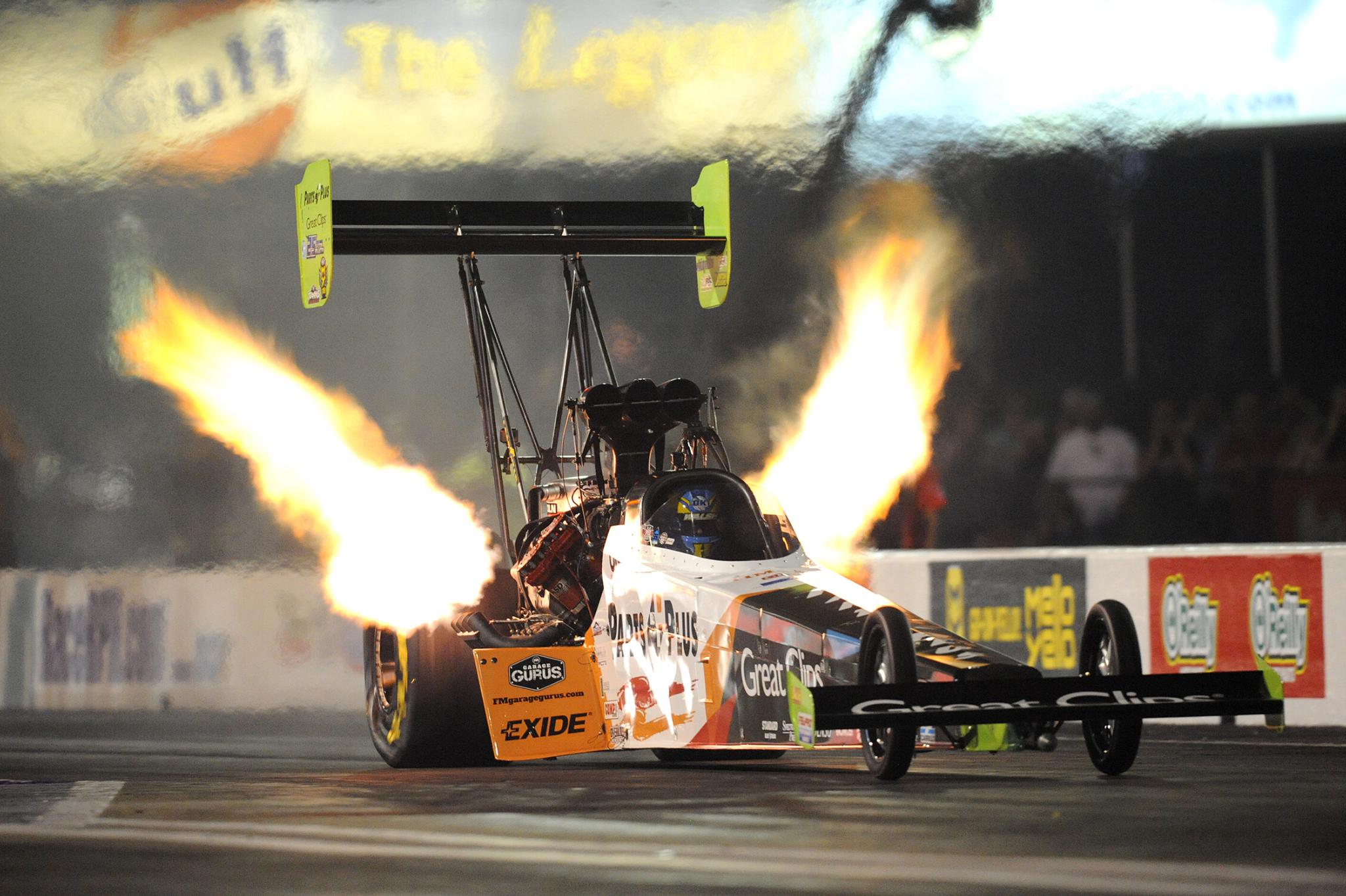 Millican, who is still seeking his first NHRA Top Fuel win, set the track elapsed time record with his 3.722-second run at 325.69 mph during the second qualifying session.

Courtney Force set both ends of the track record with her 3.851 run at 330.23 during the second qualifying session in her Advanced Auto Parts Chevy Camaro SS Funny Car. Force won here last season and is hoping to secure her first win of the season.

In Pro Stock, Coughlin Jr. raced his JEGS.com / Elite Performance Chevy Camaro to the qualifying lead with a 6.557 pass at 210.70 in the second round of qualifying. Coughlin Jr. is in pursuit of his first No. 1 qualifier since the 2014 Las Vegas spring race.

Qualifying for the 30th annual NHRA SpringNationals continues Saturday at 1:15 p.m. with the final qualifying session slated for 4:00 p.m.