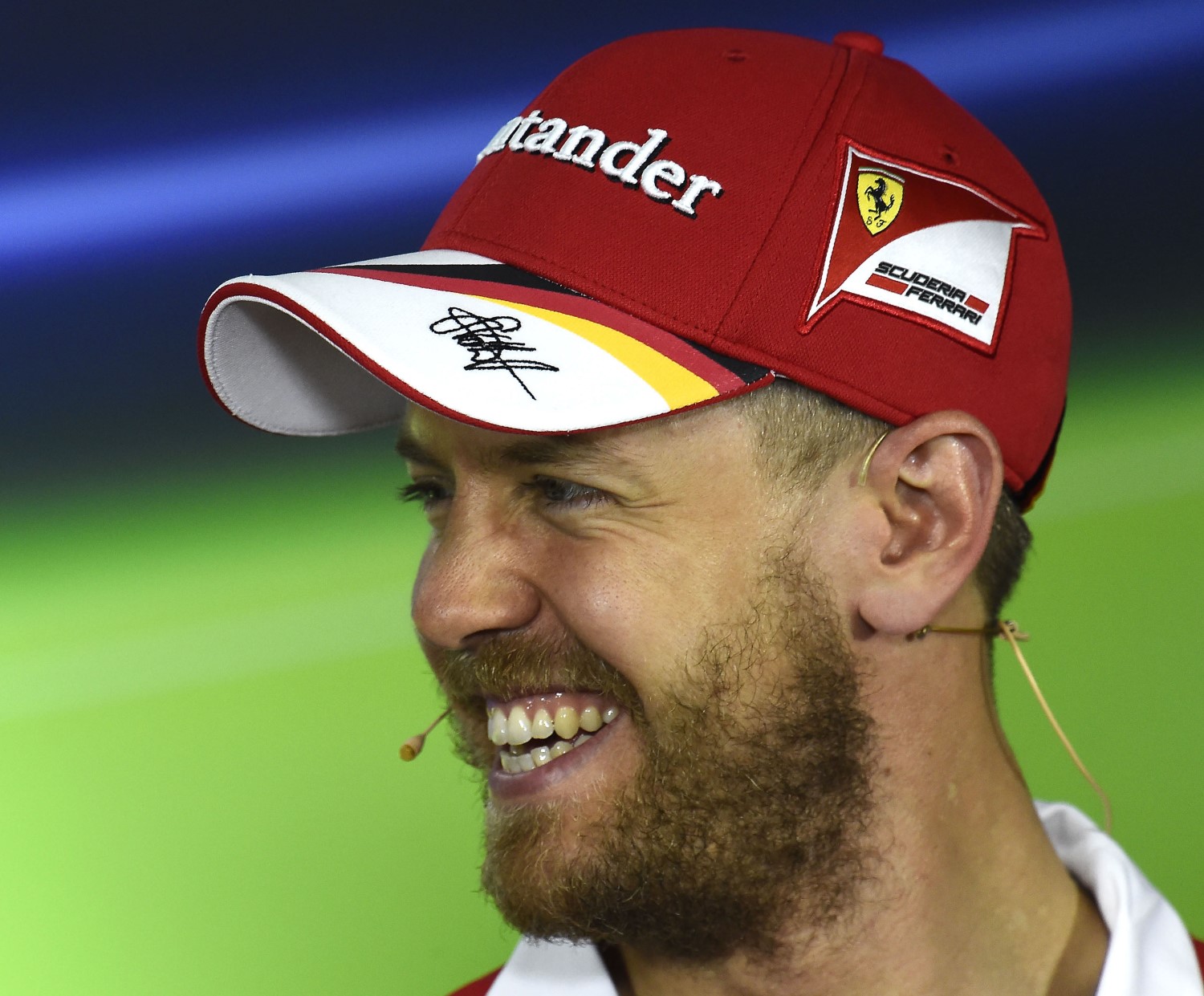 Berger hopes Vettel does DTM race
(GMM) F1 legend Gerhard Berger hopes Fernando Alonso's decision to do the Indy 500 next month is the start of a new trend.

"It's like the old days," said the former Ferrari and McLaren driver, referring to when drivers would routinely combine their F1 duties with races into other categories.

"In 1985 I drove for Arrows in Adelaide and the day before did a national touring car race for Bob Jane," he recalled. "It was still possible in those days and everyone had their fun."

Berger is now the boss of the German touring car series DTM, and he hopes Alonso's move to Indy is the start of a new trend.

"I'm sure Vettel would like to do DTM races if he could," said the Austrian. "Drivers today have much more spare time than we used to, as there is hardly any testing."

(GMM) Honda could finally be set to add a customer team to its beleaguered F1 engine supply program.

Since the struggling Japanese carmaker re-entered the sport in 2015, there have been rumors of customer deals, including with Red Bull and Sauber.

But works partner McLaren has had 'veto' power, and former team supremo Ron Dennis has insisted on exclusivity.

That could be about to change.

Honda is struggling more than ever in 2017, amid the latest rising speculation that a customer deal with Sauber is on the cards for next year and seen as an easy way to effectively double the data needed to improve.

Asked if the road is now clear for a 'customer' Honda team, McLaren team boss Eric Boullier said: "I think so.

"We will provide support in finding a customer," the Frenchman is quoted by the Swiss newspaper Blick.

Boullier explained: "This year, Honda would not have been able. Everybody would have been weakened. But now things are different."

(GMM) The German grand prix could move away from its traditional venues at Hockenheim and the Nurburgring in the future.

That is the claim of new F1 supremo Chase Carey, who told the German news agency DPA that the German market is important for the sport.

"Last year, a German driver won in a German car, so it's a very important market," the American said.

"It is certainly one of our goals to be represented in the German market," Carey added. "We are just about to investigate how best to manage this.

"We don't have any answers yet," he said. "I have already met with some German representatives, and naturally we are talking about the two race tracks that have held the German grand prix in the past.

"But we are also looking at other options. Ultimately, however, it is too early to make concrete statements," said Carey.

Carey said another priority for Liberty Media is a second American race, to complement the existing US grand prix.

"We have a great partnership with the circuit in Austin," he said, "but we believe we can add a race in a 'destination city', as I call it. I'm talking about New York, Miami, Los Angeles or Las Vegas.

"These are cities that are best suited to create a one-week event and attract people from all over the world. The race will remain the center of the event, but overall it will be more than just a formula one weekend."

(GMM) Valtteri Bottas needs to win races to secure his place at Mercedes.

That is the view of former driver and now regular F1 steward Mika Salo, who spoke to Russia's Sport FM about the progress of his Finnish countryman.

"If you look at the statistics, Bottas is on average closer to Hamilton's times than Rosberg was," said the former Ferrari and Sauber driver.

"But he also knows that he is under pressure. Valtteri needs to win a few races, because he has a contract at Mercedes for only one year," Salo added.

Salo, 50, also commented on the fate of Russian driver Daniil Kvyat, who after a tumultuous 2016 season is now fighting back for F1 credibility this year.

"Daniil had a difficult year last year, with significant issues," said the Finn.

"But I'm glad that he is now back in shape and going better than Sainz. I'm sure Kvyat has a good future in formula one," Salo added.

Lehto tips Raikkonen to bounce back

With Ferrari's title hopes high this year, team chiefs issued a warning about Raikkonen's performance after Shanghai, amid rumors Daniel Ricciardo or Sergio Perez might be in the frame for his seat for 2018.

"I haven't heard anything about what his problems have been, but Kimi did not have a very easy start to the season," Lehto, a former Ferrari test driver, told Finland's Iltalehti newspaper.

"But the team is working really well and I know Kimi can do better," he added.

"When you start having problems, it can snowball quickly but once you get the small details sorted out things can start to work well again," Lehto said.

"After all, Kimi has definitely not lost his speed. Last year he drove really well and that doesn't suddenly disappear over one winter."

(GMM) Sebastian Vettel thinks Ferrari will continue to impress next weekend in Russia.

One analysis early in 2017 might be that while the German is now leading the world championship, his red car might actually be best suited to hotter venues like Melbourne and Bahrain.

But ahead of the next calendar stop in Russia, La Gazzetta dello Sport quotes Vettel as saying: "I do not think we will have problems in Sochi due to there being lower temperatures than in Bahrain.

"In China it was cool and we were competitive," he insisted.

"Our task is to keep putting pressure on our opponents, primarily Lewis Hamilton. Until now, Ferrari has had perfect tactics but we need to keep concentrating fully on the job."

(GMM) Jacques Villeneuve has hit out at drivers critical of Fernando Alonso's decision to tackle the Indy 500 next month.

Some of Alonso's rivals – notably Romain Grosjean and Nico Hulkenberg – questioned the wisdom of Spaniard Alonso taking on the dangerous and fabled American oval race with little preparation.

"I've already said that I think what he's doing shows that he's a real driver," Villeneuve, the 1997 world champion and a past Indy 500 winner, told the Spanish daily AS.

Asked what he means by 'real driver', the French Canadian explained: "Well, all you have to do is listen to what other drivers have said about his decision.

"I heard Nico Hulkenberg and Romain Grosjean giving their opinion about what Alonso is doing — Hulkenberg said it's dangerous, that he wouldn't do it, that he did Le Mans because it was different.

"It sounds like excuses," Villeneuve added. "I think there are two classes of drivers. You're either an Alonso or you're a Rosberg. And Hulkenberg is a Rosberg."

Red Bull motorsport consultant Helmut Marko says Formula 1 must find an independent engine supply solution by the end of the 2017 season or risk his team leaving the sport.

At a recent meeting, chaired by FIA President Jean Todt, and attended by several manufacturers (in and out of F1), a move to cheaper and noisier engines from 2021 was agreed.

However, Marko outlined the need for a non-manufacturer engine supplier in the new regulation framework, otherwise Red Bull may reconsider its involvement in the sport.

Red Bull and junior team Toro Rosso are both supplied by Renault.

When asked about Red Bull's current situation, Marko told the official F1 website: "The latest must be 2021 that an independent engine supplier comes into F1. This is more than necessary.

"And the engine has to be simple, noisy and on the cost side below 10 million.

"We are talking about a much less sophisticated engine to what we have now – a simple racing engine. There are enough companies around that could supply [such an engine].

"So we expect from the new owners [Liberty Media] together with the FIA to find a solution at the latest by the end of this season. If that doesn't happen our stay in F1 is not secured."

Red Bull and Renault fell out during the 2015 season, amid the French manufacturer's struggle to produce a reliable and competitive engine, leading Red Bull to assess its options.

Red Bull explored supply deals with Mercedes, Ferrari and Honda, but those talks failed it ultimately re-signed with Renault, which allowed its engines to be rebranded 'TAG-Heuer'.

Brawn says he could not work with Ecclestone

Although Ross Brawn says he “couldn’t work with Bernie" Ecclestone, he insists that was never a condition to him taking the role of F1’s sporting boss.

When Liberty Media took control of Formula 1 at the start of the year, former Mercedes team boss Brawn was appointed to the role of head of sporting matters. He forms part of a three-man team headed up by CEO Chase Carey.

Carey’s appointment as CEO signaled the end of Ecclestone’s reign with the F1 supremo recently claiming that Brawn would not have taken the job if he stayed on.

The Englishman has denied this.

Autosport reports Brawn as having said in an upcoming issue of F1 Racing magazine: “That is not true.

“I mean, I couldn’t work with Bernie, but I never made that a condition."

He added: “It would have been very entertaining to work with Bernie.

“But I’ve never seen Bernie with any serious partners, certainly not in terms of running the business.

“He’s had people who’ve helped him with aspects of the business, but I’m not sure that my philosophy of how I think it could go forward necessarily aligns with Bernie’s.

“Bernie was very adept to a reactive approach; mine is the opposite, I want to have a planned and a long-term approach.

“I think Bernie’s famously said: ‘Don’t plan long-term because you don’t know what’s going to be there when you get there.'"