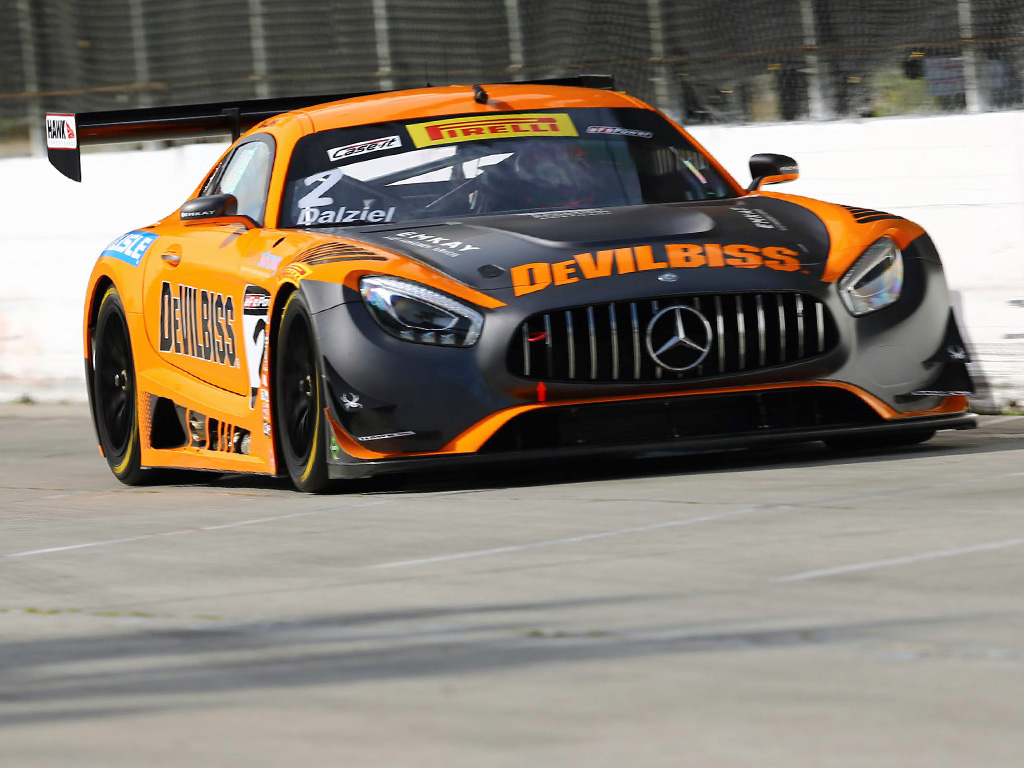 With over 105 entries already received, Pirelli World Challenge’s return to the popular VIRginia International Raceway after a seven-year absence has been highly anticipated for the April 28-30 weekend which features the season opener for the SprintX division.

The beautiful 3.27-mile, 17-turn VIR road circuit will make for a perfect backdrop for all seven PWC classes including the SprintX doubleheader with a pair of 60-minute, two-driver main events set on Saturday (April 29) and Sunday (April 30).

Thirty-five two-driver lineups have been locked in for the two 60-minute features and PWC is now accepting alternate entries for the SprintX opener after maximum pit space capacity was met this week. SprintX entries for the Pirelli World Challenge events at Canadian Tire Motorsport Park (May 19-21) and Lime Rock Park (May 26-27) are at nearly maximum capacities as well.

After a three-event launch campaign in 2016 to kick off the SprintX format and two last-lap passes for wins, the Series is ready for an exciting 2017 debut at VIR

“We are very pleased for the SprintX and TC classes debuting at the renowned VIRginia International Raceway road circuit," said Greg Gill, CEO and president of WC Vision, producers of the Pirelli World Challenge. “With only 35 pit spots available, we have had to limit the SprintX entries. In the two-driver SprintX format, we’ll have many of the world’s best sports car drivers in the finest GT cars in the world. Coupled with our GTS Sprint races and a 54-car TC/TCA/TCB field it will be a great weekend at VIR."

The fan-favorite Touring Car classes are packing the VIR racing facility with 54 drivers and machines already entered in the three categories – Touring Car, TCA and TCB – for the season-opening rounds.

“The increasing numbers in the Touring Car classes have been driven by the development of new cars from the auto manufacturers and their adoption by our teams and drivers," said Gill. “The quality and passion of the Touring Car field is a pleasure to see in the Pirelli World Challenge. 2017 will be a record setting year for the classes."

Leading the Touring Car division at VIR will be defending TC champion Toby Grahovec and his No. 1 Classic BMW BMW M235iR as well as reigning TCA champion Elivan Goulart in his No. 70 S.A.C. Racing Mazda MX-5 topping the TCA entrants. The 2016 TCB titlist Tom O’Gorman graduated to TCA this year and a battle for the TCB championship will be wide open beginning on April 29-30 at VIR.

Practice for the Pirelli World Challenge headliner event at VIR begins on Friday (April 28) with racing on Saturday (April 29) and Sunday (April 30) and the weekend’s PWC races to be live streamed on www.motortrendondemand.com and www.world-challenge.com. Additionally, all of the PWC competition at VIR will be televised on CBS Sports Network on a taped-delay basis.