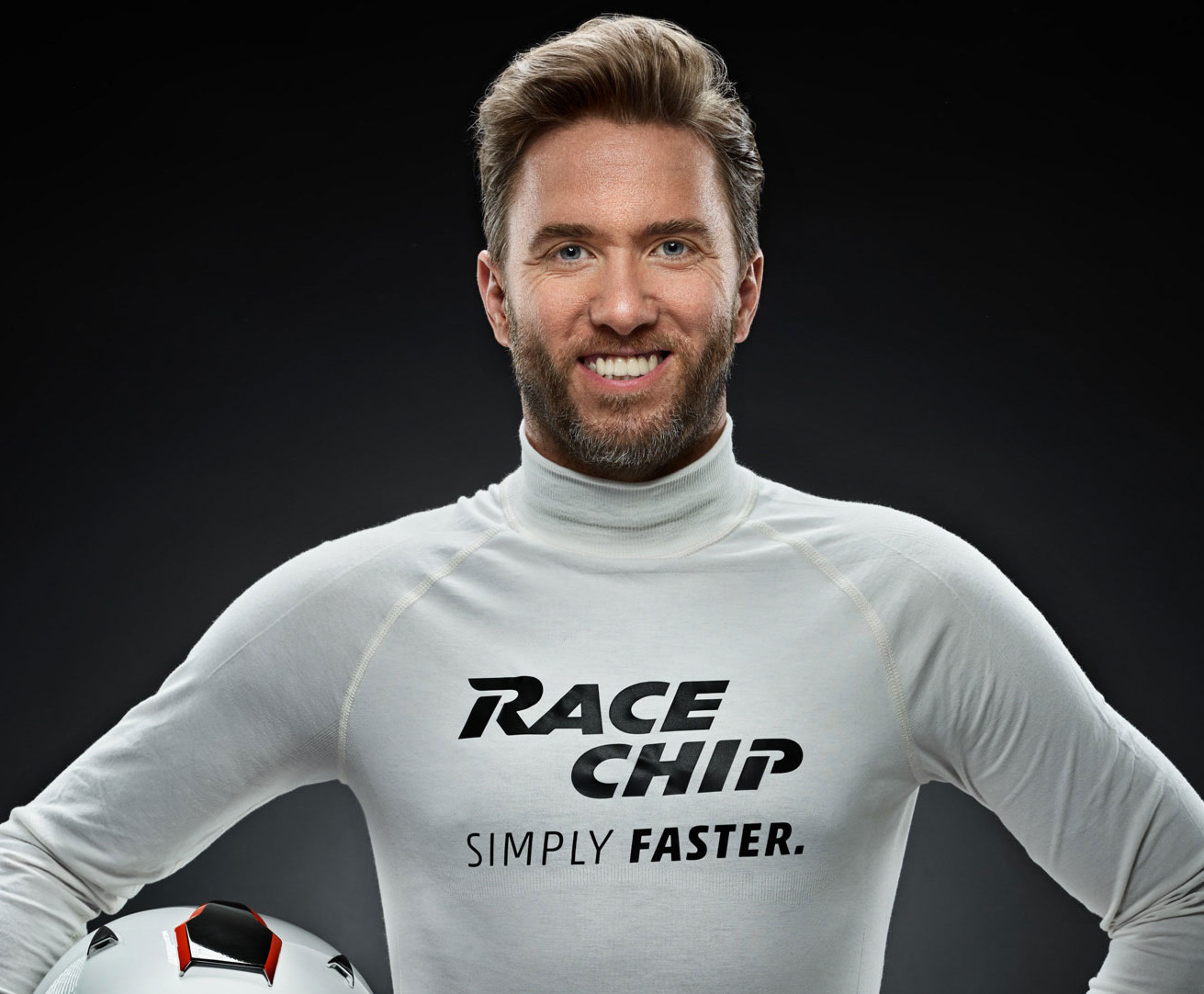 Nick Heidfeld a.k.a "Quick Nick" is a household name to motorsport fans worldwide thanks to his success in Formula 1. Currently Heidfeld drives in Formula E for Mahindra and is also on the Rebellion Racing team in endurance racing. From 2000 to 2011, he sat in the Formula 1 cockpits of Sauber Petronas, BMW Williams, BMW Sauber and Lotus Renault. Heidfeld's enthusiasm for motorsport and driving in general, as well as his deep knowledge of the technology, meant that it was an easy decision for RaceChip to work with him.

"We are delighted that we have successfully convinced Nick Heidfeld, who's an expert in motorsport, of the quality and performance potential of our products", said Dominic Ruopp, CEO of RaceChip. "The involvement of an internationally successful racing driver is a great confirmation of the quality and safety of our products and our work", continued Ruopp. In the course of the discussions, Heidfeld extensively tested RaceChip's chip tuning modules. "First of all, I wanted to get my own picture of the installation, handling and driving experience. I was already excited after the first test drive. It's really impressive what a great company has emerged here in recent years. I'm happy to be working with the team and I'm looking forward to what we will achieve together", continued Heidfeld.

In addition to his participation in RaceChip's advertising and marketing activities, Heidfeld will be involved in RaceChip product development and will take on an active advisory role. Heidfeld will also share his comprehensive technical understanding with everyone interested in chip tuning and in RaceChip in particular. He will provide information and answer the most important questions about RaceChip products.

RaceChip has long had an active presence outside of Europe and has found much success with its products worldwide. Heidfeld will also play a role in China, a very important market for the German chip tuning experts. Heidfeld enjoys great popularity throughout Asia.

Heidfeld as part of a large-scale campaign

"Simply faster" – this is RaceChip's brand promise, which puts driving fun in center place. Nick Heidfeld will help expand the campaign launched by RaceChip in 2016. In addition to getting involved in advertising channels of online, print and TV, Heidfeld will also play a role in advertising for and with trade partners. He will be part of RaceChip's corporate communication. In German-speaking countries, RaceChip advertisements are accompanied by the slogan "Einfach schneller". In the international market, they feature the English "Simply faster".

Once Heidfeld's cooperation with RaceChip starts, he will be featured on the RaceChip website, in advertising materials and in RaceChip's current video commercial. The video material was shot on the EuroSpeedway Lausitz with a current RaceChip show car, the Mercedes-Benz AMG C43. Next up on the schedule are videos about the chip tuning function and its installation. Nick Heidfeld and RaceChip don't only want to make the brand and products more familiar and more accessible to a larger number of target groups; they also want to help customers better understand the function and quality of these technically complex products.

RaceChip is the market leader for electronic performance enhancement via auxiliary control unit. A performance increase of up to 30% and an extra dose of driving fun are available for more than 3,000 vehicles from over 60 manufacturers. The company was founded in 2008 and has since grown rapidly from start-up to global player, with around 100 employees at its Goeppingen, Munich and Shanghai locations. RaceChip products are available directly from RaceChip over a network of online shops as well as from 2,000 sales partners worldwide in over 135 countries. RaceChip's product range includes the entry-level model RaceChip One, the bestseller RaceChip Pro 2 and the premium model RaceChip Ultimate. The Smartphone Connect feature, which enables control of the chip tuning module via the RaceChip app, is optionally available for the RaceChip Ultimate. More than 100,000 new drivers each year discover RaceChip and there is no end to this trend in sight. RaceChip's product warranty and the engine warranty, available in many countries, underscore its highest technological, quality and safety standards. For more information visit: www.racechip.com