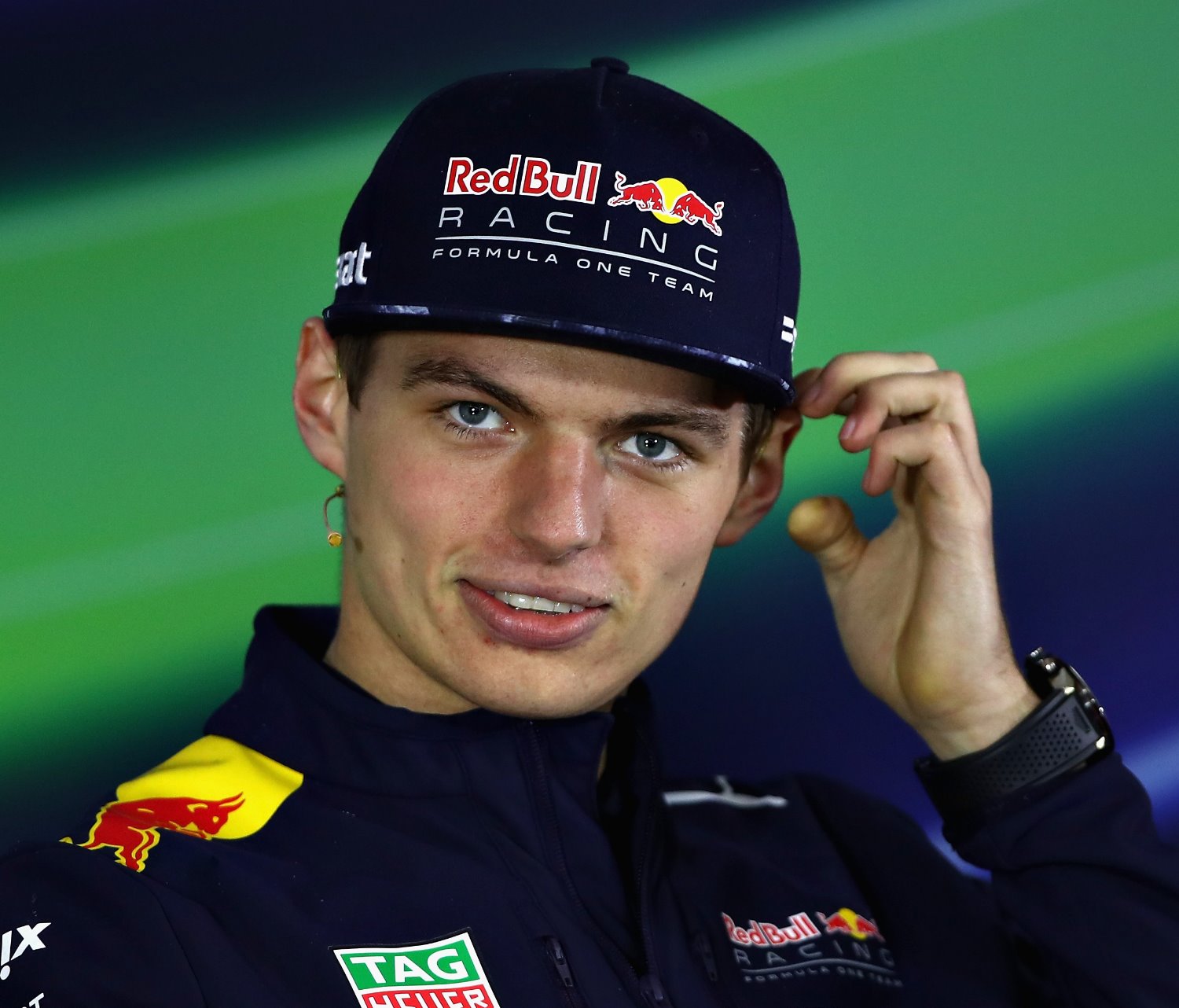 Verstappen apologizes for Brazil comments
(GMM) Max Verstappen has apologized to Brazilians following comments he made in Bahrain last weekend.

After alleging he was held up in qualifying, the Dutch teenager said he would not be speaking to Felipe Massa because "He is Brazilian, so there is not much to talk about".

But when he heard about Verstappen's comments, Massa said he spoke to the 19-year-old.

"I told him 'Be careful with what you say, because you still need to go to Brazil to race there," the Brazilian told UOL Esporte.

Amid the ensuing controversy, Verstappen has now apologized for causing any offense with his "emotional reaction".

"By no means did I mean to insult the Brazilian people who I greatly respect and are always very nice to me when I visit the country," said the Red Bull driver.

(GMM) Ferrari has denied claims its 2017 car is more suited to the driving style of Sebastian Vettel.

With his contract expiring, Finnish veteran Kimi Raikkonen has struggled at the wheel of the new red car, which in the hands of teammate Vettel has won two of the three races so far.

"I've spoken to Ferrari engineer Jock Clear and he said Kimi wants a car that is very sensitive to the first move made on the steering wheel," former F1 driver Mika Salo told the Finnish broadcaster C More.

"Late last year, the car was the way Kimi wanted it and he beat Vettel on a regular basis," he added.

But Mattia Binotto, Ferrari's technical boss, played down that sort of simplistic analysis.

"I would not say so," he is quoted as saying. "The car is good both in aerodynamics and engine, and both of our drivers are world champions.

"I am sure that very soon, Kimi will be able to do a good result," Binotto added.

"I don't know," said the German. "In the tests we were equally strong so generally I don't have an answer and I don't know what his problems have been."

(GMM) Mansour Ojjeh says McLaren and Honda are working feverishly to get out of a "crisis", because either side "cannot continue like this".

Ojjeh is a major, long-time and normally low-profile shareholder of the once-great British team, but he was in Bahrain last weekend and not shy to let his opinion be known about the current McLaren-Honda situation.

"The disappointment is huge, even for Honda," he told the French magazine Auto Hebdo.

"We were promised a lot and are the first ones to be disappointed to offer so little. They (Honda) have given their mea culpa, but that doesn't make us look better," he added.

The very latest rumor is that McLaren is drafting in the services of Mercedes, to collaborate with Honda on rapidly improving its dire 2017 power unit.

"We work on different scenarios, of which I cannot speak right now," Ojjeh said.

"But we are spending a lot of time and energy and meetings on finding a solution. And fast. We have a culture of victory and we cannot continue like this."

Ojjeh also referred to reports that, after the Indy 500 this year, the next challenge for Fernando Alonso to take on will be winning the fabled Le Mans 24 hour.

"Fernando is a great driver who has suffered for two years," he said.

"He wants the triple crown. I told him that he is crazy to go to Indianapolis, but we spoke to Juan Pablo Montoya who told us not to worry, that he will adapt easily.

"Fernando also wants to win Le Mans. In a personal capacity I would very much like McLaren to return to Le Mans, but Fernando wants to do it in LMP1.

"For the moment the priority is a good engine in F1," Ojjeh added.

After making derogatory comments about the Honda power unit on the radio, Alonso claimed he had an "engine problem" and retired.

But post-race rumors suggested that because he was out of the points, Alonso had simply retired a healthy car.

However, sources close to Alonso "strongly denied" that was the case, according to the Spanish sports daily AS.

(GMM) Renault is a standout midfield performer so far in 2017.

That is the view of Bob Fernley, the deputy boss at Force India.

Last year, Force India was the fourth force in F1, and the Silverstone based team remains fourth in the 2017 standings after three races.

But although Renault's results are not yet flowing in, Fernley said he is impressed with how Renault is going.

"Yes, I think they are progressing very quickly," he said. "Certainly more quickly than I would have expected.

"Before testing, I thought we would have a rivalry with Williams, Toro Rosso and McLaren, but McLaren clearly has a problem and Renault has made a significant step forward," Fernley added.

"Right now, two teams are in a fierce battle for first place, but behind them there are many teams and that's great."

(GMM) Eric Boullier says he initially did not support Fernando Alonso's move to skip Monaco next month in order to bid for Indy 500 victory.

It appears the sensational and controversial deal was actually engineered by new McLaren executive and marketing guru Zak Brown.

"It was not my idea," team boss Boullier confirmed to the French broadcaster Canal Plus.

"At first I did not particularly support it, but in the end it's good for the team, for F1, for motor sport and for Fernando."

Boullier admitted that his main objection is that the Spaniard has to miss Monaco, a circuit that should suit the otherwise uncompetitive McLaren-Honda car.

"Monaco is the race where we are most likely to score points," said the Frenchman. "But in the end, overall, it (the Indy 500) is a quite interesting project and for him perhaps the best way to have some fun."

(GMM) Felipe Massa says he cannot understand why Jenson Button is not testing for McLaren before contesting next month's Monaco grand prix.

Some have argued that a driver of the Briton's caliber and experience does not need to specially prepare for Monaco, a tight and therefore less physically demanding circuit than many.

But fellow F1 veteran Massa does not agree.

"I do not understand why he is not testing this week," said Massa, referring to the post-Bahrain GP test.

Retired Button, 37, has been drafted into the McLaren driver lineup for a one-off return while Fernando Alonso is racing at Indy next month.

McLaren argues that runs in the simulator will be sufficient for the 2009 world champion.

Massa said: "If the simulator was good enough, why don't most of the top drivers want to use them? I think I have not been in the simulator for two or three years — they are for the engineers.

"I would certainly be here this week. If you have a full day to understand the car, I would definitely take it," he added.

That is the explanation of team boss Toto Wolff, speaking after Valtteri Bottas was told to move over for triple world champion Lewis Hamilton in Bahrain.

"We don't like it," he is quoted by Speed Week, when asked about the order.

"In recent years we didn't do this. But the situation is different now," Wolff added.

He is referring to the fact that, while Mercedes utterly dominated between 2014-2016, the team is actually now trailing Ferrari after three races in 2017.

"So far we had an internal struggle," Wolff continued. "This is also a question that Ferrari has to face."

But the Austrian also said he is enjoying the nature of the 2017 battle so far, with Mercedes and Ferrari fighting hard but still getting along well off track.

"I like this philosophy, a bit like rugby," said Wolff. "We fight hard against each other but afterwards can have a beer together. I think that's important."

(GMM) Chase Carey has hit back at his predecessor Bernie Ecclestone following comments made in Bahrain last weekend.

While attending his first race since being ousted as F1 supremo, Ecclestone admitted he "charged too much" to race hosts in the past.

"Sooner or later I'm frightened that the governments behind them will say enough is enough, and bye bye," said the 86-year-old.

That was not music to the ears of American Carey, who in the wake of the Liberty Media takeover is now Ecclestone's successor as F1 chief executive.

Carey blamed Ecclestone for not doing enough to deliver value to the high-paying promoters.

"(Fees) were agreements between two parties that valued the franchise how it was valued," he told the Financial Times.

"Nobody was tricked, but has F1 invested in the right way to support the events? It's not that the deal is overpriced, it's more 'Did we deliver where we should deliver?'" Carey added.

"(Ecclestone) managed for short term profits, we are managing for long term value."

Felipe Massa says securing sixth at the Bahrain Grand Prix was "like a victory" for Williams as he battled with more competitive rivals during the early stages of the race.

Massa jumped ahead of Ferrari's Kimi RÃ¤ikkÃ¶nen at the start and moved past Red Bull's Daniel Ricciardo following the Safety Car phase to run in fourth spot.

Massa ultimately slipped behind both Raikkonen and Ricciardo before the finish but had a sufficient gap back to Force India opponent Sergio Perez to bag sixth.

His result lifted Williams to fifth in the Constructors' Championship, just a point behind Force India.

"I would say it was a great day and I managed to have a great race with a perfect start," Massa explained.

"What a great first lap – I passed [Nico] Hulkenberg and I managed to pass Kimi at corner four.

"I kept the tires working in the right way and then I passed Daniel after the Safety Car which was great.

"After a while, they managed to get better pace out of their tires and jump ahead of us with the car they have.
"But to be honest, the positon I finished was like a victory and it's important for the whole team."

Team-mate Lance Stroll retired for the third race in succession after being hit by Carlos Sainz Jr., who was deemed culpable for the contact.

*Ferrari will conduct tire testing in association with Pirelli