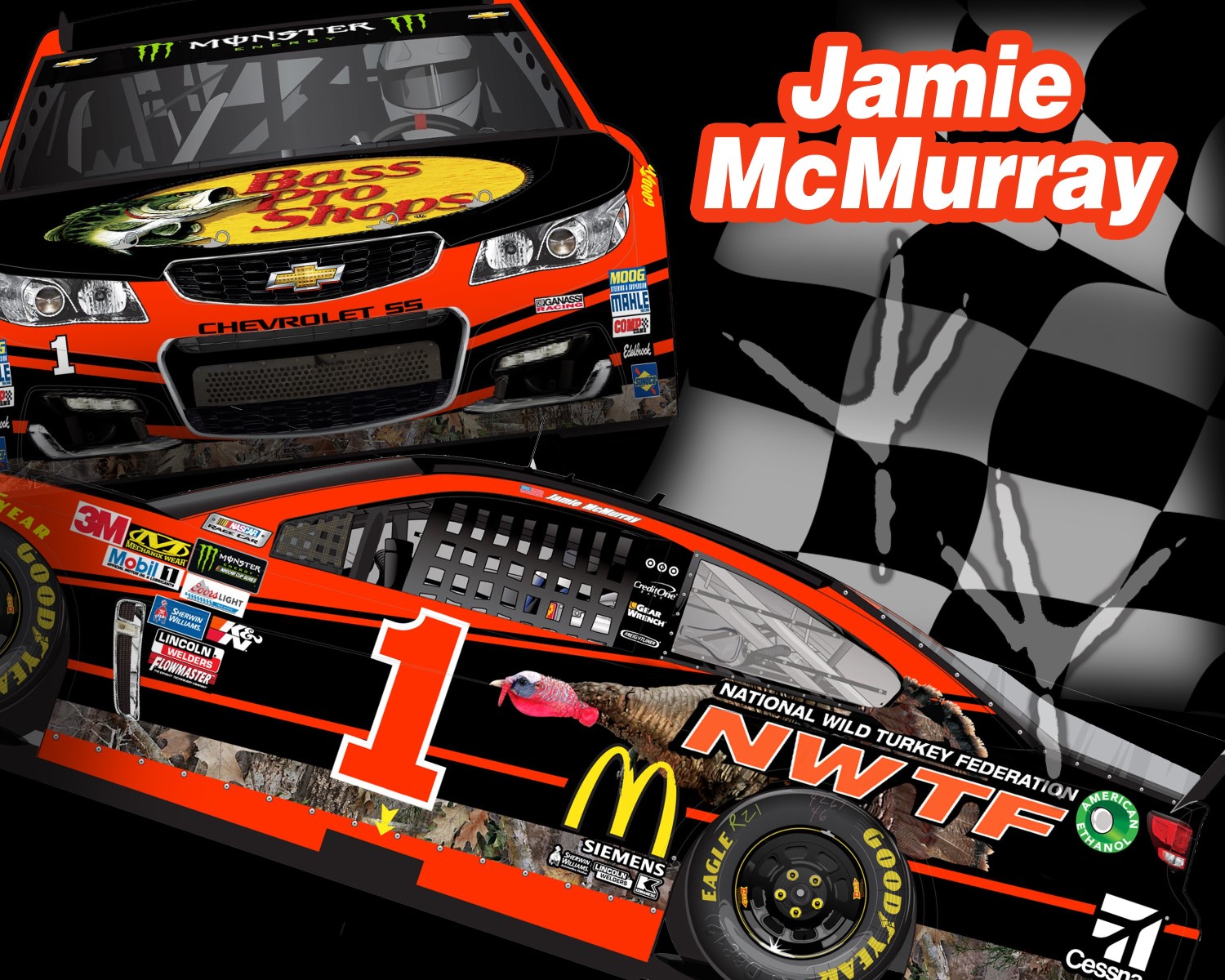 BRISTOL, Tenn. – Bass Pro Shops today announced a special paint scheme that will adorn the Chip Ganassi Racing (CGR) No. 1 Chevrolet SS of Jamie McMurray at the Bristol spring race. Noted conservationist and Bass Pro Shops founder/CEO Johnny Morris is donating space on the race car to the National Wild Turkey Federation (NWTF), a national nonprofit organization dedicated to the conservation of the wild turkey and the preservation of our hunting heritage. The No. 1 Bass Pro Shops/NWTF Chevy will compete in the Monster Energy NASCAR Cup Series, Food City 500 at Bristol Motor Speedway (BMS) on Sunday, April 23.

McMurray and Bass Pro Shops have celebrated several career milestones together since 2010, including victories in the 2010 Daytona 500, 2010 Brickyard 400 and the 2014 NASCAR All-Star Race, driving the Bass Pro Shops/NWTF Chevy. The Bristol spring race serves as the seventh time that McMurray has piloted the No. 1 Chevy SS with special Bass Pro Shops and NWTF branding.

"We are very proud to partner with our good friends at CGR in this tribute to the National Wild Turkey Federation—one of our all-time great national conservation partners," said Johnny Morris. “All of us at Bass Pro Shops are honored to donate this special paint scheme as a tribute to this organization’s ongoing commitment to conservation and education, and their thousands of grassroots volunteers who are also NASCAR fans."

Bass Pro Shops and founder Johnny Morris has been a significant conservation partner to NWTF for a number of years. To commemorate this long-standing support, NWTF recently honored Morris with special recognition at its annual Convention and Sport Show in Nashville, Tenn. Morris has significantly impacted every facet of the organization, supporting programs that have conserved and enhanced more than 1.7 million acres of habitat, opened more than 327,000 acres of hunting access, led more than 680,000 hunters to the sport and aided state conservation departments in repopulating turkey habitats through trap and transfers.

Jamie McMurray competes full time in the Monster Energy NASCAR Cup Series but owns victories in all three NASCAR national series. He has raced at Bristol Motor Speedway 28 times in his career. McMurray's best start at Bristol Motor Speedway is 3rd and his best finish here is 3rd. The Chip Ganassi Racing driver has seven career Monster Energy NASCAR Cup Series wins, including the 2010 Daytona 500 and Brickyard 400—making him one of only three drivers to win those races in the same year.

“Bristol is such a fun track and I can’t think of a better place for Bass Pro Shops to have the NWTF car," said McMurray. “There are a lot of passionate race fans and outdoorsmen in that area. Bass Pro Shops is also the sponsor of the Bristol Night Race in August, so both Bristol races this season are going to be really special."