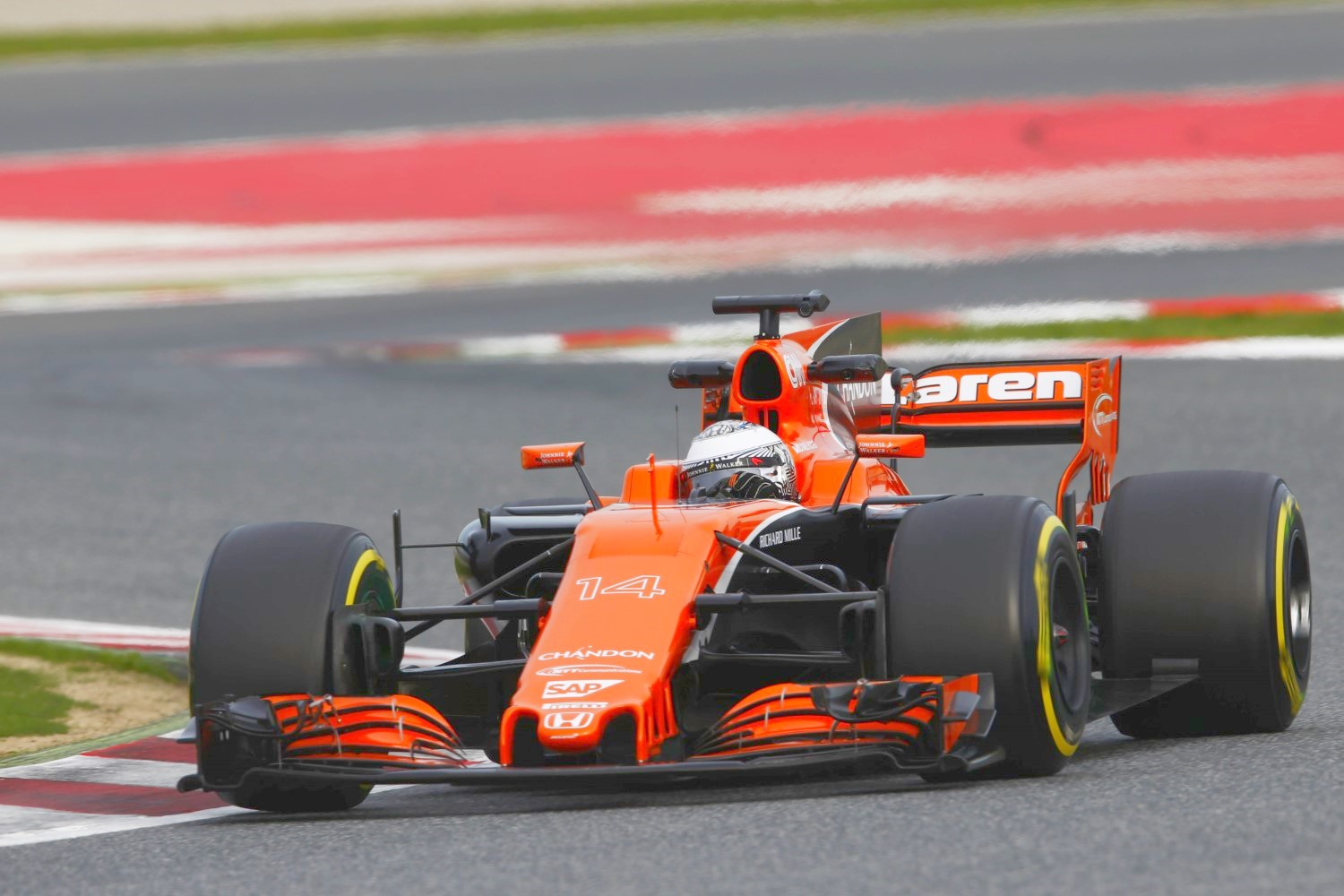 The Indianapolis 500 has attracted another world champion to its driver field.

McLaren announced today that Fernando Alonso, Formula One's two-time champion and three-time runner-up, will compete in the 101st Running of the Indianapolis 500 presented by PennGrade Motor Oil on May 28.

Alonso becomes the ninth driver to enter the 500 with a world championship on his resume. In recent years, Nigel Mansell's participation in 1993 as the reigning F1 champion was the most celebrated, with media interest at a fevered pitch. Mansell finished third.

Alonso's decision to join this year's 500 field adds to the momentum of the race and the Verizon IndyCar Series. Last year's 500 was sold out for the first time in history and broke attendance marks. The Verizon IndyCar Series has seen television ratings increases each of the past three years, a combined 55 percent, and Alonso's participation should provide an even greater spotlight on month of May activities.

"The entire INDYCAR community – competitors, fans, media, everyone – is delighted and excited at the prospect of a driver as brilliant as Fernando making his debut in our series," said Mark Miles, CEO of Hulman & Company, which owns Indianapolis Motor Speedway and the Verizon IndyCar Series. "Even better, he'll be making that debut in the greatest race of our year, the world-famous Indy 500."

Alonso has 32 grand prix victories and 97 podium finishes in 275 F1 starts. Competing in his 15th F1 season, Alonso became the youngest champion in series history in 2005 at age 24 and backed it up with another title the following year.

Alonso strives to win the 500 as F1 champion Graham Hill did as a rookie in 1966. Jack Brabham, Jim Clark, Emerson Fittipaldi, Mario Andretti and Nelson Piquet also drove in the 500 as one-time world champions, while Alberto Ascari, Jackie Stewart, Jochen Rindt and Jacques Villeneuve won F1 titles after competing in the 500.

"I'm immensely excited that I'll be racing in this year's Indy 500 with McLaren, Honda and Andretti Autosport," Alonso said. "The Indy 500 is one of the most famous races on the global motorsport calendar, rivaled only by the Le Mans 24 Hours and the Monaco Grand Prix."

McLaren has a storied history in the Indianapolis 500. Company founder Bruce McLaren fielded a car in the 1970 race, although he failed to qualify in it. The next year, after McLaren died, Mark Donohue qualified a Penske-entered McLaren in the second position but completed only 66 laps and finished 25th. In 1972, Donohue won the 500, the first of a record 16 for Team Penske and the first of three McLaren victories at IMS. Johnny Rutherford won the other two, in 1974 and '76.

This appearance in the 500 comes 38 years after McLaren's most recent attempt at IMS and Alonso's car will carry the same papaya orange McLaren livery. Both of Rutherford's McLaren victories came in cars of this color. Alonso's car also will carry many of McLaren's grand prix partners.

Andretti Autosport owner Michael Andretti has a link to McLaren, too. He raced for the F1 team in 1993 alongside Ayrton Senna.

Alonso has never raced an Indy car before or driven on a superspeedway, but Andretti thinks the talented 35-year-old driver can overcome that inexperience with the amount of track time afforded competitors in May. Andretti demonstrated his point through Rossi's victory a year ago.

"I'm confident that I'll get to grips with it fast," Alonso said of the transition to the Verizon IndyCar Series and the 500. "I've watched a lot of Indy car action on TV and online, and it's clear that great precision is required to race in close proximity with other cars on the far side of 220 mph. I realize I'll be on a steep learning curve, but I'll be flying to Indianapolis from Barcelona immediately after the Spanish Grand Prix (May 14), practicing our McLaren/Andretti car at Indy from May 15 onwards, hopefully clocking up a large number of miles every day.

"I know how good the Andretti Autosport guys are. I'll be proud to race with them and I intend to mine their knowledge and expertise for as much info as I possibly can."

"Could history repeat itself? Stranger things have happened," Miles said of another possible rookie winner. "But whether or not Fernando wins this year, I'm thrilled that the name of McLaren will be returning to Indianapolis. Three times in the 1970s the Indy 500 was won by a driver at the wheel of a McLaren – one win for Mark Donohue and two wins for Johnny Rutherford – and I'm sure Johnny will be at the Brickyard again this year to cheer on his old team.

"Last but not least, we should all remember Bruce McLaren, the team's founder, a brilliant driver-engineer-entrepreneur who was tragically killed while testing a McLaren M8D Can-Am car at Goodwood 47 long years ago and who will finally and rightfully be inducted to the Auto Racing Hall of Fame this year."

McLaren will be inducted in May along with Franchitti, the three-time 500 winner and four-time Verizon IndyCar Series champion.

"Could Fernando win this year's Indy 500? Well, I wouldn't be so silly as to make any such rash prediction, but I expect him to be in the mix," Brown said. "Put it this way: the team he'll be racing for won the race last year, using the same Honda engine, and he's the best racing driver in the world. That's quite a compelling combination."

The addition of the Alonso entry brings to six the number of cars Andretti Autosport has entered in this year's 500. Full-season drivers Marco Andretti, Hunter-Reay, Rossi and Takuma Sato will compete, along with rookie Jack Harvey, who was named to drive the No. 50 Honda on Sunday.

Practice for the 101st running of the 500 begins May 15. Qualifying is May 20-21. Ticket information for the race is available at IMS.com