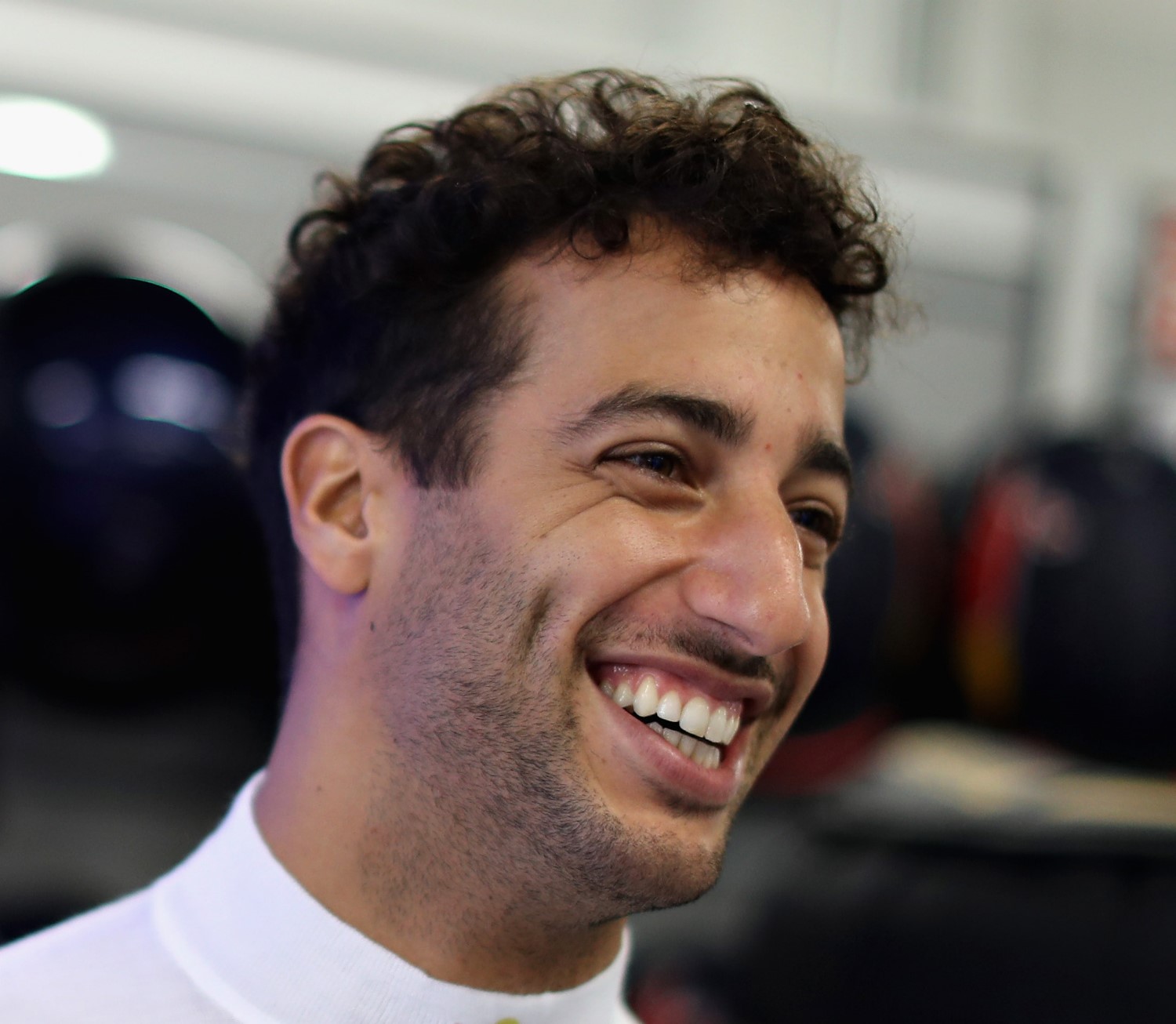 The comments follow speculation in the Italian media that Ferrari might be lining up Daniel Ricciardo to replace Kimi Raikkonen next season.

And Ricciardo's current Red Bull teammate, Max Verstappen, was also linked with a potential switch to Mercedes for 2017 to replace the retiring Nico Rosberg.

But Marko has suggested the pair are going nowhere.

"We have the best and most balanced driving pairing. Both Max and Daniel are doing a great job and are at their absolute best," he told Auto Bild.

And he suggested that Red Bull's drivers are particularly valuable to the team at present, while Mercedes and Ferrari are clearly ahead in the pecking order.

"The drivers are our advantage at the moment," said Marko. "While we are not able to compete with Vettel and Hamilton, we can leave Raikkonen and Bottas behind, and that's our best damage limitation right now.

"We need to take as many points as possible before the European season starts in Barcelona, so that the gap is not too big."

(GMM) Red Bull will take "a new car" to next month's Spanish grand prix in Barcelona.

That is the news from top team official Dr Helmut Marko, who said Max Verstappen and Daniel Ricciardo are doing the best possible "damage limitation" until then.

"The drivers are our advantage at the moment," he told Auto Bild.

"While we are not able to compete with Vettel and Hamilton, we can leave Raikkonen and Bottas behind, and that's our best damage limitation right now."

Indeed, Red Bull has started the year significantly behind 'top two' Mercedes and Ferrari, but Marko says the team is working hard to rectify it for the start of the European season in Barcelona.

"In Barcelona we are coming with a new car," he said. "A race later in Montreal, Renault will be delivering a new, more powerful engine.

"Then it should be possible for us to win on our own power and make the current two-way (driver) fight into a four-way fight," added Marko.

(GMM) Zak Brown has shot down rumors McLaren could solve its current engine crisis by building its own 'power unit'.

But reports emerged recently that, fresh from splitting with the Red Bull-Renault project, F1 engine guru Mario Illien and his Ilmor company are now working with McLaren.

It triggered rumors McLaren could emulate the success of its road car project and go it alone by building its own F1 engine as well.

But new McLaren executive Brown played down any comparison between the F1 team and its road car division.

"McLaren Automotive is another branch of the business," he is quoted by Auto Bild.

"We are not an engine manufacturer — we are a racing team and a car maker. We don't know what we can do in 10 years, but this is not a relevant topic for us at the moment," Brown added.

McLaren's former supremo Ron Dennis famously said that it is impossible to win in F1 with a customer engine, but one recent rumor was that the team is now contemplating dumping Honda and reverting to buying a 'power unit' from Mercedes.

Brown said: "It is possible to win races with a customer engine. But in order to dominate, which is of course our goal, we have to be a factory team.

"The decision to go with Honda was absolutely right," he insisted.

Ever since Rosberg decided to quit F1, Hamilton has been giving hints that he does not fully acknowledge the retired German's talent.

"Well, this is the first time he has won in 18 years, so it's not a surprise that he decided to stop," the Briton said just after Rosberg made his announcement late last year.

And now, with Hamilton and Ferrari's Vettel tied after two races in 2017, Hamilton suggests he much prefers battling against the German wearing red.

"The scenario I'm in right now – fighting against a four-time world champion – the ultimate fighter always wants to go up against the best battle that he can have.

"Because then when you come out on top, it's just so much more satisfying," Hamilton added.

"This is, of course, a shot against Nico," the F1 legend told German television Sky.

"Now he fights against someone who has won several world championship titles, of course he plays this up and enjoys it," Lauda added. "That's his right.

"Maybe I'm wrong, but I believe this (Vettel battle) has freed him."

Indeed, he suggested that after years of intra-team acrimony with Rosberg, Hamilton is now relishing a fight with another driver and a better atmosphere within Mercedes.

"Lewis is getting along really well with Valtteri — the two harmonize and motivate each other," said Lauda.

As head of the energy drink company's driver program, Marko brought the then teenaged Vettel into F1 a decade ago.

He went on to win all four of his world championships with Red Bull, but is now locked in a new battle to win a fifth wearing Ferrari red.

"I think he would have won the race in China if he did not have the bad luck with the safety car that came out at the wrong time."

If Vettel had won in Shanghai, the German would be clearly leading the world championship, and Marko thinks that's an advantage the 29-year-old can keep throughout the season.

"If I had to choose between the two (Vettel and Hamilton), then I choose Vettel," said the Austrian.

"I know him, and I know how you can trust him when he has smelled blood. He is also more connected to his car and his team," Marko added.

(GMM) New F1 sporting boss Ross Brawn wants to use secret team data to spice up the show for fans.

But with Liberty Media having swept in to succeed the Bernie Ecclestone era, Brawn's plan to add value for the fans would involve broadcasting in real time that secret data about fuel loads, tire wear, engine settings and more via an app.

According to the Times newspaper, fans in the grandstands will also be able to access the information thanks to free and fast Wi-Fi.

"That's definitely coming. It's being worked on," said Brawn.

The next step after that will be convincing the teams to release their secret data in the best interests of the sport.

"If we cross that (secrecy) barrier, to make all that information available, I think the large chunk of enthusiasts would really enjoy seeing all that, both live and retrospectively," added Brawn.

"We know they need to beat each other but can we cross that barrier and say what we want is a much bigger business and, if we all (do it), nobody is going to be disadvantaged or advantaged."

Indeed, he said teams once went to great lengths to encrypt radio transmissions, but now those transmissions are routinely listened to by fans on the TV.

"There was just a change of mindset — that everybody's radio is going to be free," said Brawn.

And he thinks that if the secrecy barrier is eventually broken in F1, it could be stepped up to the point that moves the teams closer together in competitiveness.

"Someone told me the other day that (in Nascar) at a certain stage of the season you can go and look at someone else's car and strip it apart and see what's in it. And that's their way of keeping everyone loosely competitive. And no one objects, no one has a problem.

"It's a philosophy that should be thought about," said Brawn.

Mercedes driver Lewis Hamilton is conscious that warmer temperatures in Bahrain, compared to the previous round in China, are likely to play into main rival Ferrari's hands.

However, air temperature is forecast to peak at 38Â°C at Sakhir this weekend, and while qualifying and the race will take place in twilight, leading to lower temperatures, Hamilton remains wary.

"Being that it's often a warmer race, Ferrari is very good in hotter conditions," said Hamilton.

"These were quite good conditions for me [in China] with our car.

"When it steps up in temperature… so far in the first race [in Australia] it's been shown as not the greatest for us just yet, so we're just learning on the tires.

"Hopefully it will be better… it will definitely be better than it was in the Melbourne.

"I think they [Ferrari] will be very, very quick in the next race but there are a lot of straights there as well and we've got, I think, still the strongest power unit, so I think that will come into play."

Vettel retired on the formation lap last year due to an engine failure, and admits he has no expectations heading to Sakhir.

"I think we need to look after ourselves. I think there's stuff that we can do better, must do better, can improve, so I'm happy to get a surprise, but expectations, I don't really have [any]."