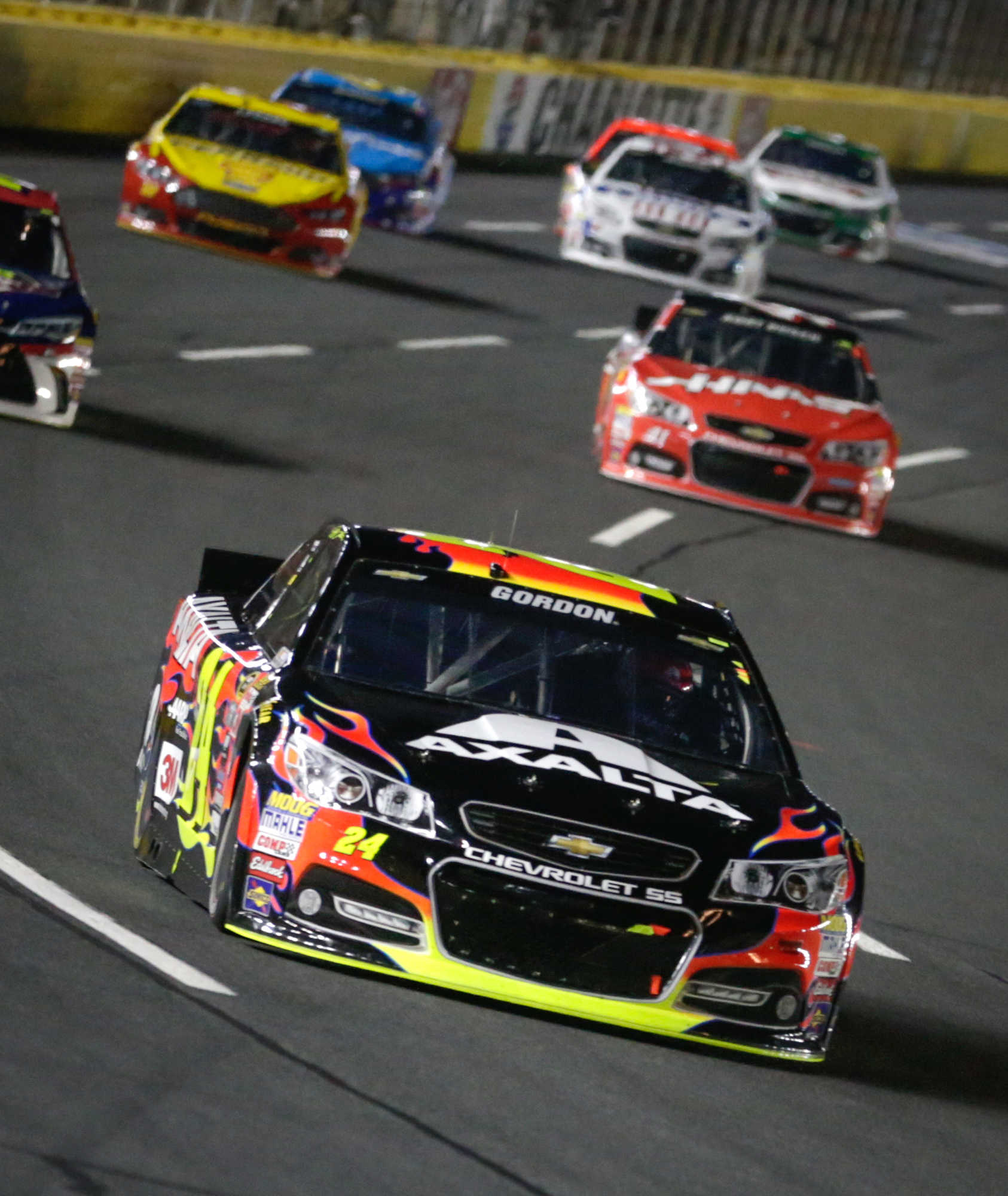 As the engines fired, the lightbulbs buzzed – a first for the annual non-points extravaganza. Never before had an all-star race been run under the lights. Dubbed "One Hot Night," the 1992 race signaled a new era, one that became tradition for the fan-favorite event.

And now, 25 years later, past meets present … as another new era begins with the first all-star race under the Monster Energy banner.

NASCAR and Charlotte Motor Speedway today announced the format for the 2017 Monster Energy All-Star Race, one that rewards winning, and incorporates a fascinating strategy component.

The race format is as follows:

– The winner of each of the first three stages will lock up a spot in the final stage, as long as they remain on the lead lap after the third stage.

– The cars with the best average finish in the first three stages will make up the remaining spots needed to fill the 10-car final stage.

– The remaining 10 cars will be lined up by average finish of the first three stages and given the option to pit. Exit off pit road determines starting order for final stage.

NASCAR has announced the format for the Monster Energy All-Star Race Format for 2017. NASCAR

Crew chief strategy has been at a premium throughout this season, and that won't change in the all-star race thanks to a unique opportunity granted each team: a coveted set of softer tires. Each team will have one set of these tires available to use at their discretion. A softer tire provides the car with more grip and, thus, speed. In other words, it's a game-changer. But there's a catch: Teams that choose to put on their softer tires to start the final stage must start behind those that choose regular tires.

"The Monster Energy All-Star Race is designed to be fun for fans, showcasing the best drivers and race teams in NASCAR," said Steve O'Donnell, NASCAR executive vice president and chief racing development officer. "With the effort that Goodyear has put into this race with multiple tire compounds, I am excited to see how the stages play out, especially the final 10-car, 10-lap sprint to the checkered flag."

"The Monster Energy NASCAR All-Star Race is etched in the history of our sport for the most memorable moments, trend-setting innovation and big-money payouts," said Marcus Smith, president and general manager of Charlotte Motor Speedway. "This new 70-lap format pays tribute to the 25th anniversary of 'One Hot Night' while pushing the drivers to the brink of insanity with the chances they'll take to win $1 million. I'm as ready as our fans for a May 20 Saturday night shootout where only a daredevil behind the wheel truly has a shot at Victory Lane."

Qualifying for the main event, which returns to Friday night, will again include the wildly popular 'no speed limit' four-tire pit stop. Each team will have three timed laps, one of which will include a mandatory four-tire pit stop with no pit-road speed limits enforced. The five quickest teams will advance to the final round of qualifying to determine starting positions one through five. The team that completes the fastest stop will earn the Pit Crew Competition Award.

The Monster Energy All-Star Race and Monster Energy Open will air live on FS1 starting at 6 p.m. ET. The races can also be heard on MRN and SiriusXM NASCAR Radio Channel 90. NASCAR