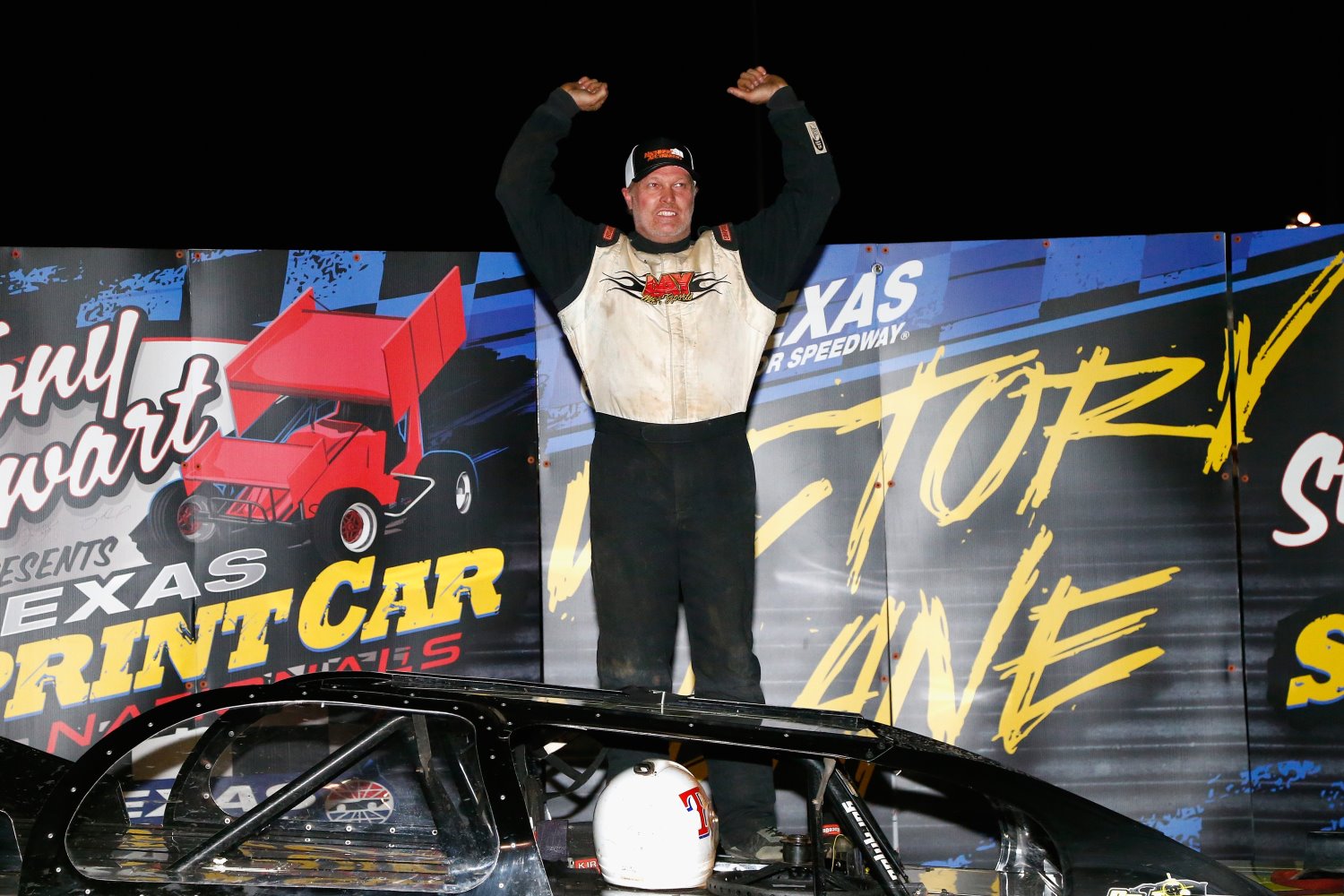 With the victory the Sunnyvale, Texas native collected his fourth victory in the American Sprint Car Series’ first four races, establishing a new series record. Hafertepe Jr. took the lead on Lap 4 and never relinquished it, holding off second-place finisher Josh Baughman in a seven-lap shootout.

“There was lap traffic, so it made it hard to get around," Hafertepe Jr. “I wasn’t trying to make any dumb moves, and not force anything. I have been there before. I just took my time, and I know there were good cars there. Just have to flex your muscles, and some point we can take care of it."

A caution involving NASCAR Camping World Truck Series driver Christopher Bell and Aaron Reutzel exiting Turn 3 brought out the race’s final caution. Both drivers walked away unscathed as their cars flipped into the outside wall.

The Limited Modified Feature provided little drama. Dennie Geiber of Frankston, Texas, much like his signature Batman paint scheme, turned in a superhero performance after leading all 15 laps in the Limited Modified Feature for his second career victory at the Texas Motor Speedway Dirt Track. Geiber controlled from the start of the race, going wire-to-wire to win by nearly the length of the frontstretch.

“The car was tightening up at the bottom," Geiber said. “It is not so much about the car, it is the driver. Every time I drive, sometime I have to slow down, and not really beat yourself."

Former NASCAR Cup and XFINITY Series driver and current FOX Sports analyst Kenny Wallace made an appearance in the Limited Modified Feature as a result of the misfortune of Steve Nabors. Wallace experienced mechanical problems in the B-Qualifier, leaving him out of the feature event. Wallace was given the opportunity to race in the finale, jumping behind the wheel of Nabor’s No. 23 where he finished 17th in the 24-car field.