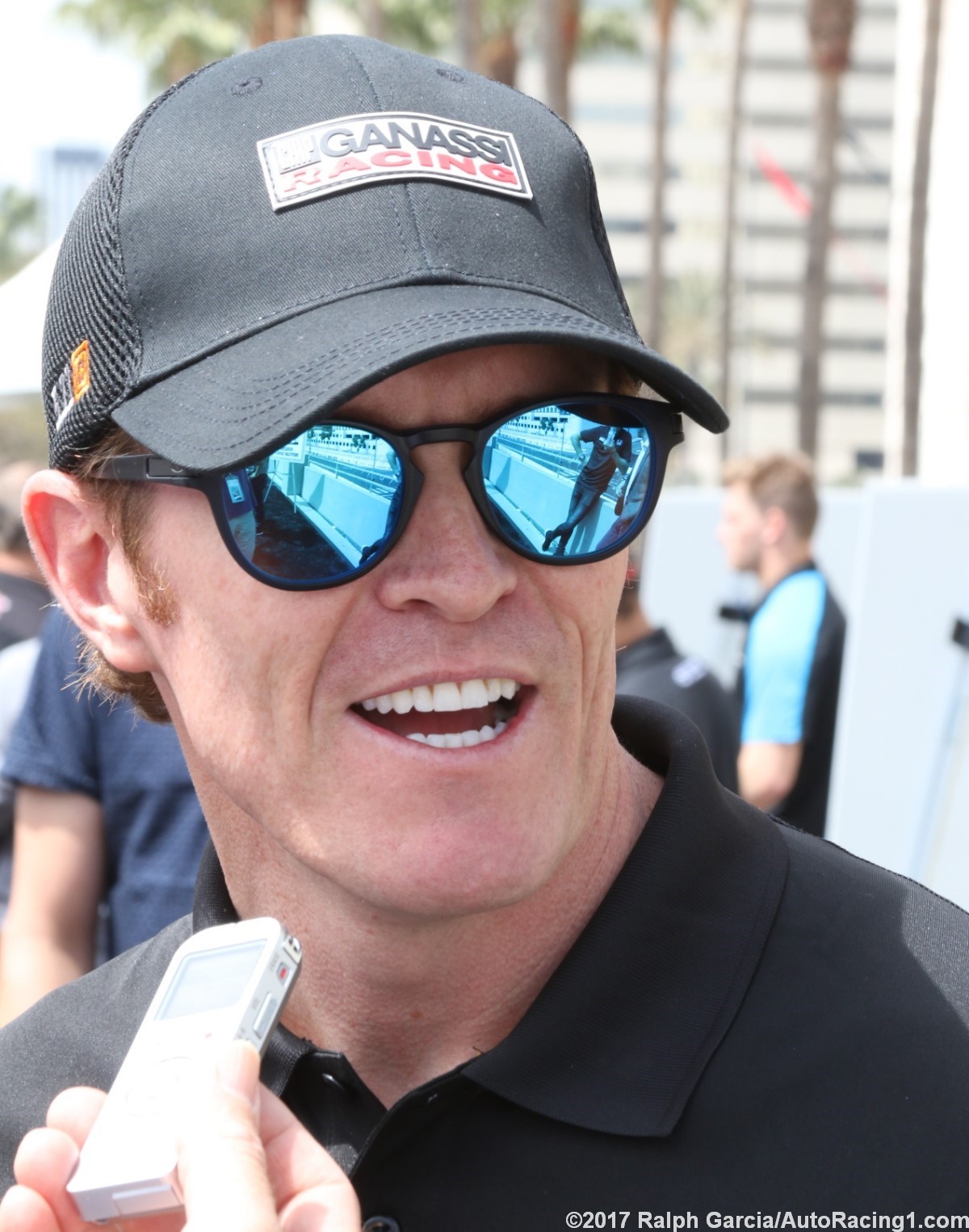 The 43rd running of the Toyota Grand Prix of Long Beach is predicted to bring out crowds of 180,000. One of the best attended IndyCar weekends on the schedule, it is called a festival by the promoters.

With the gorgeous California weather as the background, it is no wonder the locals come out to watch the non stop racing action and concerts for three days.

AR1 spoke with several drivers at the media luncheon today. After the Hondas showed some definite strength at the first race in St. Petersburg last month, I asked Scott Dixon, winner of this race in 2015, what he thought attributed to this.

Dixon replied, "Going into the project, you know a lot of information. We collect a lot of data from all the teams. So you know where your deficiencies are going to be and what you need to improve on.

"I think because we started very early when the deal was done to work with Honda and sort of tailor things in areas that we need to. Also we give them a lot of information that our team has had for many years to help projects on their side. Obviously we are in a freeze right now regarding the body kits, so there is not a lot they can do. They have done a hell of job with the engine.

"Us as a team can analyze a lot more and maybe find more of a sweet spot where the car works better, but you can't change anything. Right now Honda is doing an amazing job on the engine package. It has been a really good group effort and it has been fun to work again with their people."

Ed Jones, driver of the number 19 for Dale Coyne Racing, won in Long Beach back in 2015 while driving in the Indy Lights series. We asked how his first race with his new team went.

Jones commented, "It was great start for myself. I made progress every time I went out. We were running in the top three for quite a while. My last pit stop hurt us a bit. It was a great debut for me and Sebastien (Bourdais). It shows the amount of effort that Dale Coyne has put in to move the team forward with the engineering side and development. Yes, it is a great place to be at the moment. I am enjoying it. And I can't wait to see how I can move forward now.

"Whenever I have questions for Seb, his teammate in the number 18 entry for Dale Coyne, he is really helpful. Even if he does not talk with me, I can look at this data. And that is a massive help because he is a great benchmark, as we saw he won the first race. My engineer, Mike Canon, and I are getting on really well. We work in similar ways."

This weekend should be exciting with seven former winners of this race competing here. AR1 will keep you up to date on the developments as the weekend unfolds.