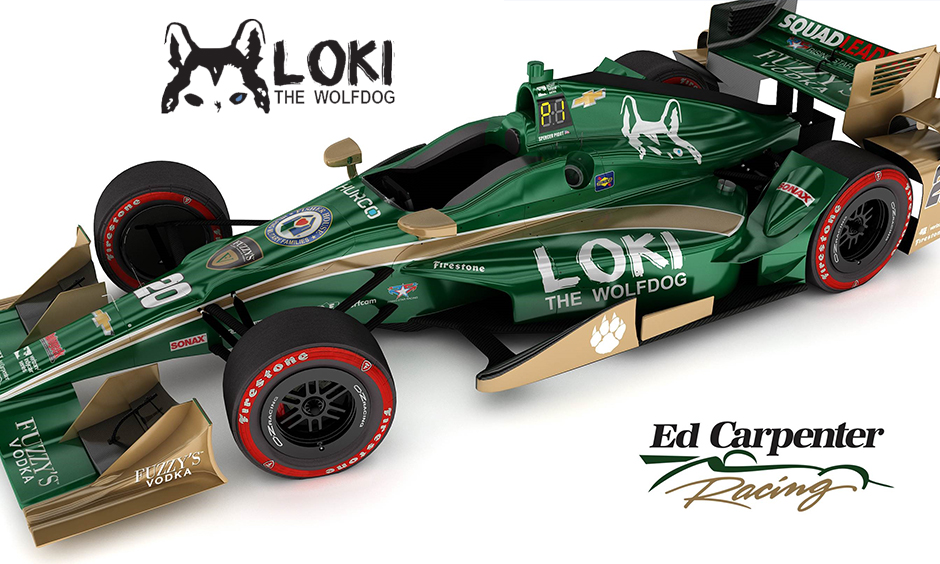 Loki the Wolfdog, an Instagram star with more 1.4 million followers, will serve as primary sponsor in a partnership with Rising Star Racing for Spencer Pigot’s No. 20 Ed Carpenter Racing Chevrolet at this week’s Toyota Grand Prix of Long Beach.

The iconic race on the 1.968-mile temporary street circuit in Southern California is the second of 17 races on the 2017 Verizon IndyCar Series schedule. On-track action begins Friday with practice and culminates with Sunday’s 34th annual Indy car race at the venue (4 p.m. ET, NBCSN and the Advance Auto Parts INDYCAR Radio Network).

Loki The WolfdogLoki’s outdoor adventures are documented by his owner Kelly Lund on Instagram at @Loki_the_wolfdog. The pair have found success as authentic social media influencers for brands including Google, The North Face and the race weekend’s title sponsor, Toyota.

"It’s going to be great to have Loki with us in Long Beach," Pigot said. "His following on Instagram is incredible and I really hope he enjoys his time with us in the Verizon IndyCar Series paddock. Loki has an adventuresome spirit and I think this will be a really special experience for both of us. Rising Star Racing is providing another creative way to generate exposure and I’m really happy to be part of it."

"Loki is basically the coolest dog out there and he’s a serious force when it comes to connecting household brands with that elusive millennial audience," said Art Wilmes, founder of Rising Star Racing. "We decided to team up with him to spread the word about our drivers, the Verizon IndyCar Series and the Mazda Road to Indy."

"Loki and I are all about new adventures, and getting involved with Rising Star Racing and its drivers is the next big trip for us," Lund said. "My life with Loki is unconventional and I was drawn to Rising Star Racing because they’re taking a unique look at the racing world and making a huge difference in the lives of these drivers. I never thought I’d see Loki’s face on the side of a race car, but we’re beyond stoked and can’t wait to see Spencer’s car when we get to the track."