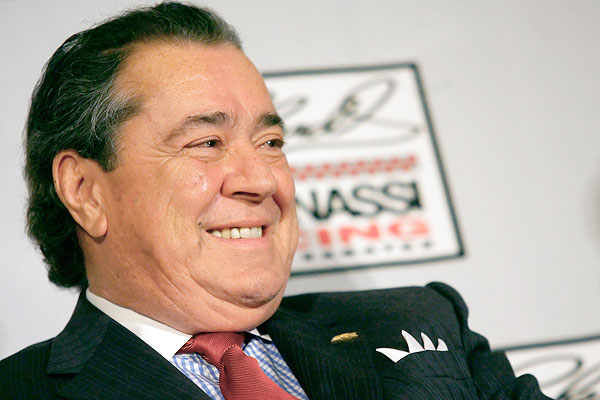 Last October, Chip Ganassi bought a blue suit to wear to the funeral of Felix Sabates.

Fortunately, he hasn't had to use it.

Sabates, the co-owner of Chip Ganassi Racing, recounted the story and other details of a serious ailment that felled him last August during an appearance on SiriusXM NASCAR Radio's "Late Shift" on Monday.

Sabates said he was in intensive care for 73 days and in a coma for 29.

"I was really sick," Sabates said. "There were times that my family and the doctors didn't think I was going to make it."

One of those times was the week of the Bank of America 500 at Charlotte Motor Speedway, which was held Oct. 9.

"During the week of the Charlotte race, my daughter texted Chip in Pittsburgh and said 'He may not make it through the night,' and Chip was coming down for the race," Sabates said. "He went out and bought a blue suit to go to my funeral.

Sabates, 71, said he's at "95 percent good" and "ready to go." He plans to return to the track (for the first time since his illness last year) either at Richmond International Raceway or Texas Motor Speedway. NBC Sports