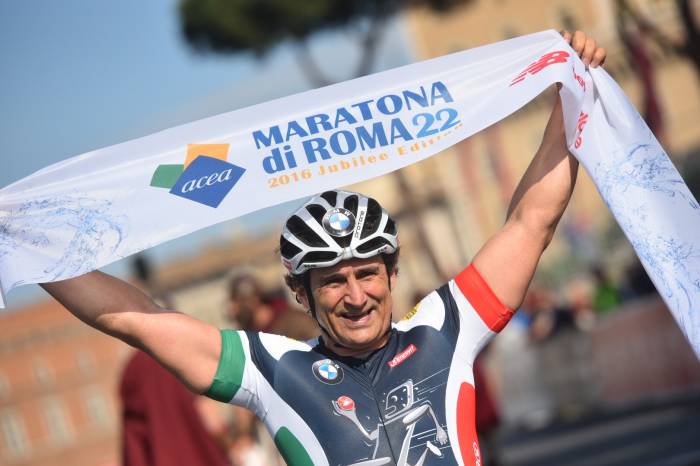 Alessandro Zanardi (ITA) discovered his passion for #triathlon, and now he is preparing to tackle more of the challenges in 2017. On 2nd July, the #bmw brand ambassador and #bmw works driver will compete in the long distance #triathlon Austria-Karnten in Klagenfurt, and in October, he plans his third entry in the legendary event in Hawaii (USA). Zanardi successfully completed the Kona #triathlon in Big Island in 2014 and 2015, on both occasions reaching the finish in a time under ten hours.

In 2016, Zanardi did not take part in #triathlon events as he fully focused on his para-cycling competitions in Rio de Janeiro with success: he added two more gold medals and one silver medal to his collection, becoming a four-times Paralympic champion. Now he will take on the challenge of #triathlon again – and he will do so not only in a single event, but on a regular basis.

The first #competition on his schedule is the #triathlon in Austrian Klagenfurt on 2nd July where the same distances awaits him as in Hawaii: 3.86 kilometers of swimming, a cycling section of 180.2 kilometers and a final running part of a full marathon distance of 42.195 kilometers. The 50-year old Italian will again use his handbike for the cycling section and complete the running section with an Olympic wheel chair. It will be the first time for Zanardi competing in this event.

“I am truly looking forward to competing in Klagenfurt, which is one of the most popular events of the scene, and to extend my experience in long distance triathlons," said Zanardi. “Actually, it is an exciting new start for me as I decided to change my preparations and to properly develop as a long distance athlete. This is a completely different approach to preparing for my para-cycling competitions. It is a great new project for me. Not only the training is different, but also the preparation of my vehicles, my handbike and my Olympic wheel chair. So everything is new, and I still feel like a kid in a toy store!"

“When I did my first long distance #triathlon back in 2014, I immediately felt that it was something special," Zanardi continued. “The great passion and excitement I felt back then in Hawaii made it to one of the best things I did in my life. I am really looking forward to getting into this special discipline in more depth and can’t wait to start the swimming leg in Klagenfurt – with the clear aim of improving and developing my long distance performance."

If all goes according to plan, Zanardi will then compete again in the famous #triathlon World Championship in Hawaii on 14th October.