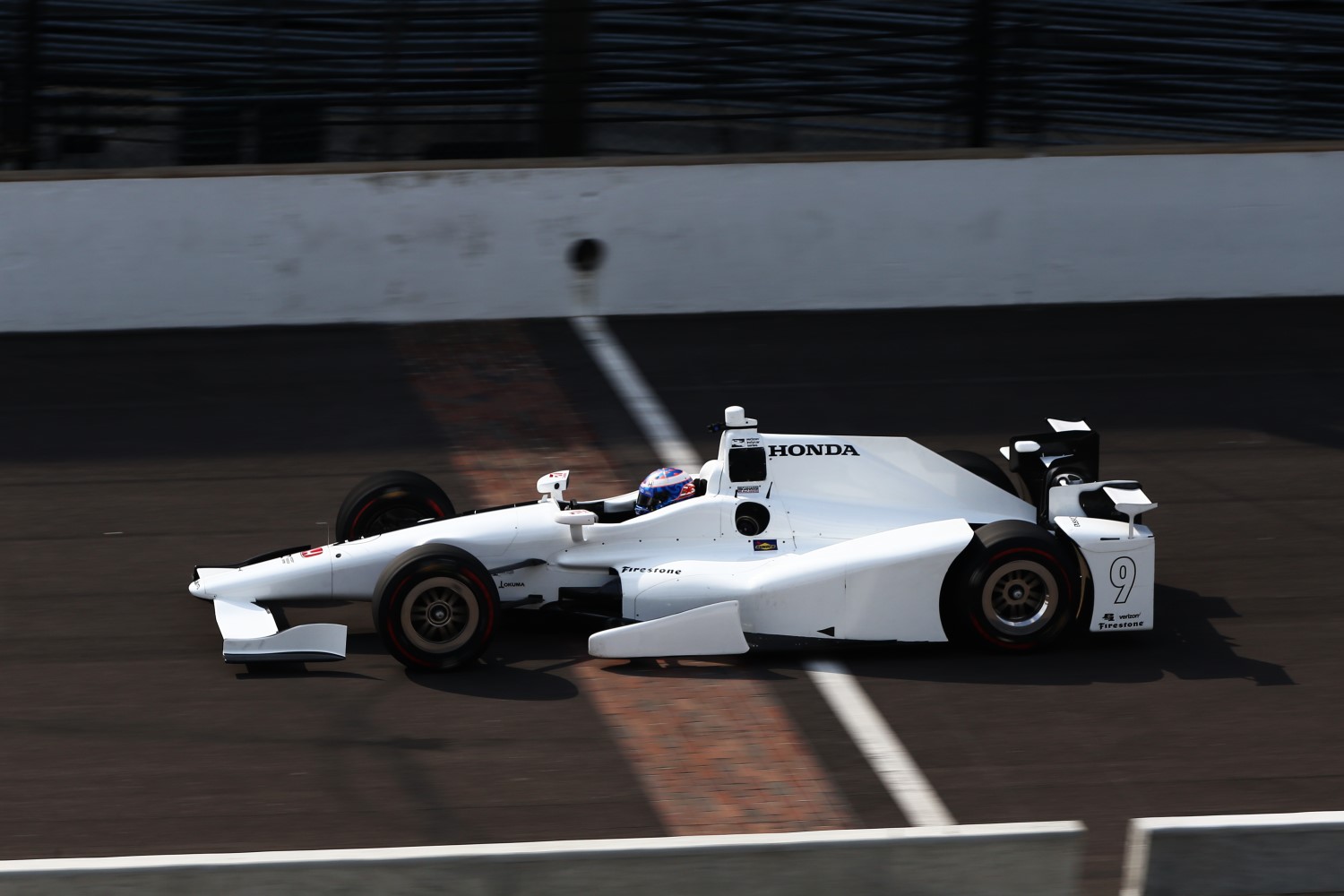 It's been four years since Scott Dixon drove a Honda-powered Chip Ganassi Racing car at Indianapolis Motor Speedway and he's nine years removed from winning the Indianapolis 500 with that engine manufacturer.

So while the setting was familiar on an unseasonably warm Friday in March, this wasn't just another test session for Dixon or Ganassi teammates Tony Kanaan, Charlie Kimball and Max Chilton.

"For us, we're just trying to get some miles in, a big change with us going from one manufacturer to Honda," Dixon said midway through Friday's test on the 2.5-mile oval that Honda arranged for three of its teams to prepare for the 101st Indianapolis 500 presented by PennGrade Motor Oil in May. "The few hours we've been running this morning, the transition has been smooth. It's more getting up to speed with the aero package. Engine-wise, we've been happy from the get-go, preseason testing and the first race and then moving onto here."

If anyone can adjust rather quickly, it's Dixon. Two of the 36-year-old New Zealander's four Verizon IndyCar Series titles were with Honda in 2008 and 2013. Dixon finished third in the season-opening Firestone Grand Prix of St. Petersburg on March 12.

"It's only been one race, but between that weekend and the tests that we've seen, those guys are firing on all cylinders," Schmidt Peterson Motorsports' James Hinchcliffe said of Dixon's team.

That result was the lone positive in an otherwise humbling day for Ganassi as Kanaan finished 12th, Chilton 16th and Kimball 18th in the 21-car field at St. Pete. Playing catch-up continues.

"Everybody else (on other teams) has really had the same stuff for two years," Dixon said. "You're trying to close that gap pretty quickly. Chip Ganassi Racing, we've got a lot of depth, a lot of engineers and a lot of people.

"It's all pretty incremental. You've got lots of changes every year, but this year for us was a big one because it was a body kit and engine. Because it has been an aero freeze, we've basically got two years to catch up on. It's been a lot of work in the offseason. It's actually nice to get to the speedway and see if it actually applies."

He referred to the test as "kind of a sneak preview," although it was a windy day and having just 11 cars – including Chevrolet-powered Team Penske, which used a team test day to join the festivities – on the track minimized simulations for racing in traffic.

"It was a good thing to start early this morning because it's getting pretty windy out there," Dixon said. "You can always learn something, you just don't want to be over-stepping the mark, especially early in the season."

CGR managing director Mike Hull was all smiles. Although the team's headquarters isn't far away on the northwest side of Indianapolis, the team is always eager to return to this track, where it has celebrated four Indianapolis 500 victories, the others with Juan Pablo Montoya (2000) and Dario Franchitti (2010, 2012).

"It's just great to be at Indy, no matter what," Hull said. "Honda has a great tradition with Chip Ganassi Racing and vice-versa. It's good to be here. It's good to have a product like we have in the car. We had a great morning of testing. We managed to power our way with Honda through the wind pretty well. It's a good start."

Ganassi is looking to bounce back from a humbling 2016, the last of three seasons with Chevrolet, in which Dixon contributed the team's only win with a victory at Phoenix and finished a team-best sixth in the championship. In the previous decade, Dixon had placed fourth or better in the points in each year.

Dixon said he liked being back with Honda, specifically mentioning a "different" environment.

"We'll see if we can prosper and make some good things happen," he said. "We have a very long list to get through (in testing) and we'll try to get through as much as we can. The more miles you do around here, the better."

Kanaan, a 2013 Indy 500 winner with Chevrolet and 2004 Verizon IndyCar Series champion with a Honda, hasn't won a race since the 2014 season finale. He finished seventh in the points last season.

"What you do is you accept change very quickly on a daily basis in racing," Hull said. "We've referenced what we did four years ago, certainly, when we come to the speedway. But it's 2017 today. We're going to work on being ready for May of 2017."