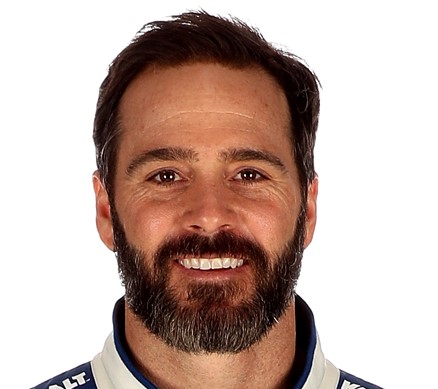 Due to the incident in the first practice session, the No. 48 Lowe’s Chevrolet SS team will not participate in qualifying today.

“Unfortunately, we crashed the Lowe’s Chevrolet in practice today. We crashed on our third run and had to pull out the backup car and didn’t get back out on the track. I just felt it was wiser to get the car prepared correctly rather than qualify poorly. I wasn’t comfortable putting Jimmie in a position where he would have to hustle a car that he hasn’t turned a lap in yet.

“We are all the way out here on the west coast, and brought two race cars. If we were to crash this car, we would have to pull a car from a teammate and it would be a very difficult obstacle to overcome. We want to be prepared to put the best racecar on the track for our driver, Lowe’s, Chevrolet and all of our sponsors. So, we are going to take the time to do that by working on it this afternoon."

JIMMIE JOHNSON, NO. 48 LOWE’S CHEVROLET SS – On team’s decision not to participate in Qualifying today for Sunday’s race:

HOW DO YOU FEEL ABOUT HAVING TO START IN THE BACK ON SUNDAY?

“We had a tough practice session and mid-pack was probably going to be our goal anyway. So, to take our lumps here, at a track that’s really wide with a lot of lanes, a long race; we’ll just take our lumps and get the car right where we can take advantage of the precious minutes that we have in Saturday’s practice session and go from there. Pit road is going to be a problem. We’re not going to have a great pick there. We’re definitely not in a position we want to be in, so we’d rather take the time now and make sure we get everything right and get this car right; and also kind of control our risk factor. If I was to tear this car up again in qualifying, we’d be heading next door to the No. 88 (Dale Earnhardt Jr., for example) to pull out their back up car. Put a wrap on it. Change the seat and interior and a lot of other things. So, we just felt like it would be best to get everything right and just get prepared for tomorrow and start at the tail end. I think my record shows that I can make up plenty of spots and pass plenty of cars and we’ll just make it exciting coming from the back."

WHAT HAPPENED DURING FIRST PRACTICE AND HOW MUCH DAMAGE WAS THERE TO THE CAR?

“In order to get the car right for the tolerances and inspection, there was just no way. The right front splitter structure and the whole nose structure was folded under probably a good half-inch, or three-quarters of an inch. It didn’t look too bad from the outside, but once you lifted the hood and looked inside, the ductwork was kind of blown out of it and the inlet for the brake ducts and all of that. So, there was enough damage that it was best to bring the backup out. I just lost it. The turn into Turn 3 landed, the car was pretty loose there in general. You, as a driver, may tighten it up and you pull your seatbelts tight and just pray for the best. And I shot it off in there in Q-trim and just rotated around on me. I, unfortunately, was in the gas pretty hard trying to stay out of the outside wall and drove the car back down into the grass indirectly. And looking back on it, I should have just locked them down and I could have stayed out of the grass and we wouldn’t be in this position."

“Yeah, I felt like going by him, I knew I was in trouble. But my arc was taking me away from. I was more worried about him not having an option and coming back into me because I just kind of went right back down in front of him. I’m sure he was wondering what in the world was going on as I went by at 180 sideways."

YOU HAVE A TENDENCY TO HAVE OCCASIONAL SPINS AND THEN PEOPLE FREAK OUT BECAUSE THEY DON’T EXPECT IT OF YOU. BUT YOU ALWAYS GATHER YOURSELF BACK UP AND THEN DO GOOD THINGS WITH IT. IS IT SHOCKING TO YOU TO HAVE THAT HAPPEN?

“No, it’s our job to walk that line and to try to get everything you can out of the car. Generally speaking, entry is when you lose the car, it’s tough to say, but that’s where I lost control. Off the corner, you can do big power slides and make it look cool and slide for a long time and control it, but at entry you’re so vulnerable. Once the car starts over-rotating, it’s really tough to get it back."

WAS IT AN IMMEDIATE DECISION TO GO TO THE BACKUP CAR?

“There was a slight amount of optimism that we could stay in the car. Usually I get out of the car and I can see them panicking. But they were trying hard to see if it could work. There is so much structure around that nose area with the bumper and then the splitter and the orientation of the splitter and how reinforced it has to be. With that all being pushed back, there was about two minutes of hope and it was over."

ON CHOOSING NOT TO QUALIFY AT AUTO CLUB SPEEDWAY:

“Yeah, I mean it’s kind of the only good thing we have left going for us. Let’s just get this car right, also manage our risks, in qualifying you are on the edge trying to create speed. If we crash this car, I’m going to have to go to one of my neighbors, one of my Hendrick neighbors here and pull out their back-up car and we are going to have to wrap it, change the interior, change the seat. I mean it’s not easy feat. So, we are definitely behind the eight ball here. It’s not a position we want to be in and we are going to make sure we get the back-up car right and take advantage of the precious minutes that we have in tomorrow’s race practices."

JIMMIE JOHNSON, NO. 48 LOWE’S CHEVROLET SS – Crashed in the grass, Turn 4 at Fontana, during the first practice session and will go to a backup car.

WHAT HAPPENED OUT THERE?

"We just showed up at the track swinging hard and trying to get all that we can. I crossed the line there, for sure, and the car came around on me. But, we’ve got another great Lowe's Chevrolet coming out. I thought we might be able to stick with this one, but that was too much on the front of the race car. It’s not the way we wanted to start the weekend. But, the only way we're going to get better without testing is just to keep trying harder in practice and swing harder. We know we got the race-side in a respectable spot but just need to start better on Fridays."

YOU WERE CLOSE TO KURT BUSCH AS YOU CAME AROUND THE CORNER AND YOU WERE SPINNING. WHAT WAS GOING THROUGH YOUR MIND AND HOW DID YOU KEEP FROM COLLECTING HIM IN THAT PROCESS?

"I knew I was fine, but I’m sure it caught him off-guard seeing a car come by sideways. I was really concerned about sliding up in front of others and getting into the outside wall. I actually threw it into third and redirected the car lower on the track. I was kind of wishing I’d stayed with it and let it slide up and maybe I would have avoided the grass if I did so. I was just trying to manage it all."