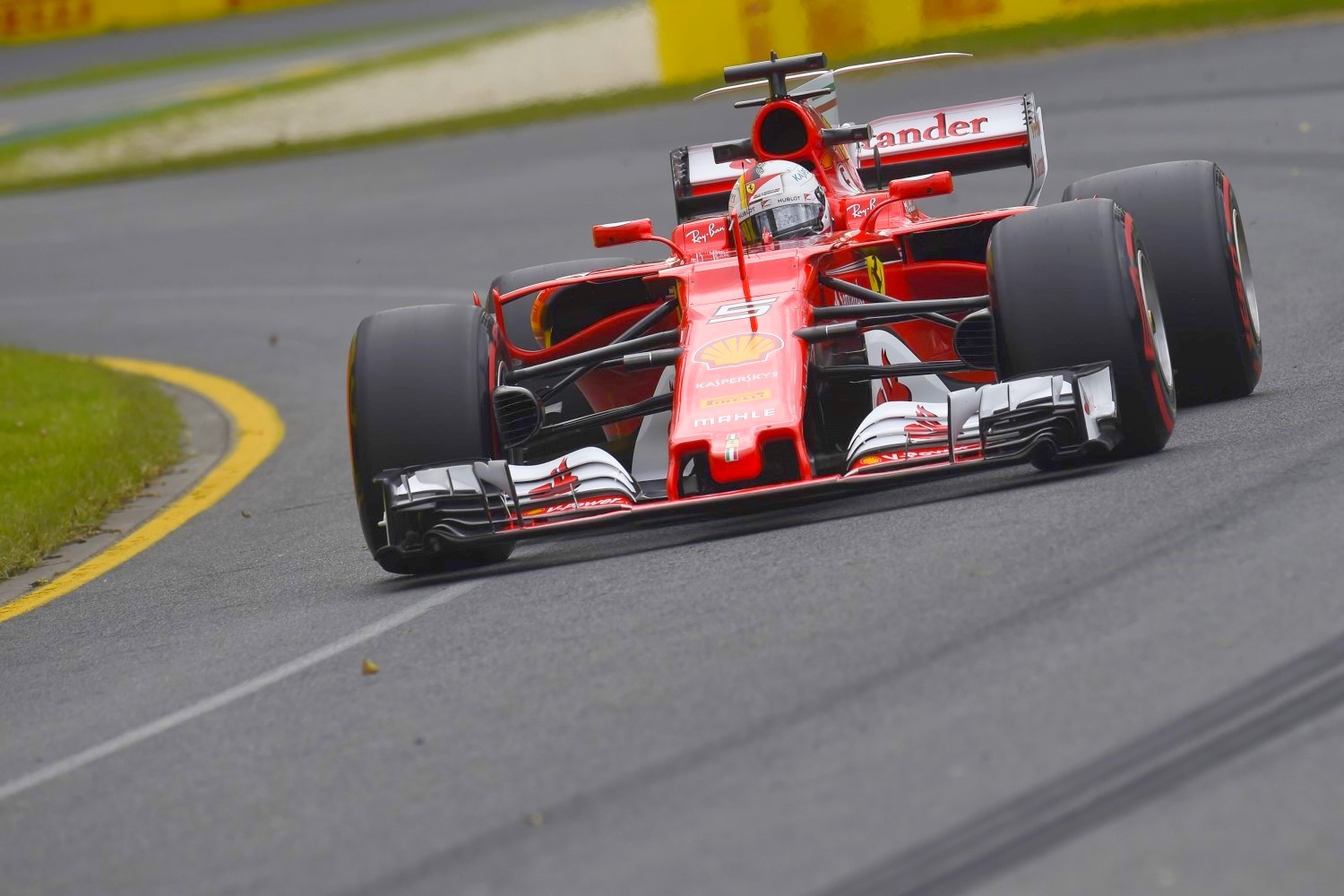 Showing the form in preseason testing that gave everyone hope that Ferrari could this year challenge the Mercedes team, Sebastian Vettel put his Ferrari on top in the red-flagged shortened final practice session Saturday morning ahead of qualifying for the Australian GP in Melbourne.

Vettel's lap of 1m23.380s was 1/2-sec. faster than Valtteri Bottas in 2nd for Mercedes ahead of his teammate Lewis Hamilton in third. Because of the red flag when Lance Stroll hit the wall in his Williams, we do not know if either Mercedes driver could have beat Vettel's time, but it's doubtful given both had done a qualifying simulation run on the ultra-soft Pirellis and failed.

The Germans lap of 1m 23.380s was the quickest lap ever in Australia – breaking his own pole lap from 2013 – and then watched on as neither Valtteri Bottas nor Lewis Hamilton could get within 0.4s of the benchmark.

Kimi Raikkonen was fourth in the second Ferrari, a couple of tenths back, after a puncture disrupted his runs on the ultrasoft tire.