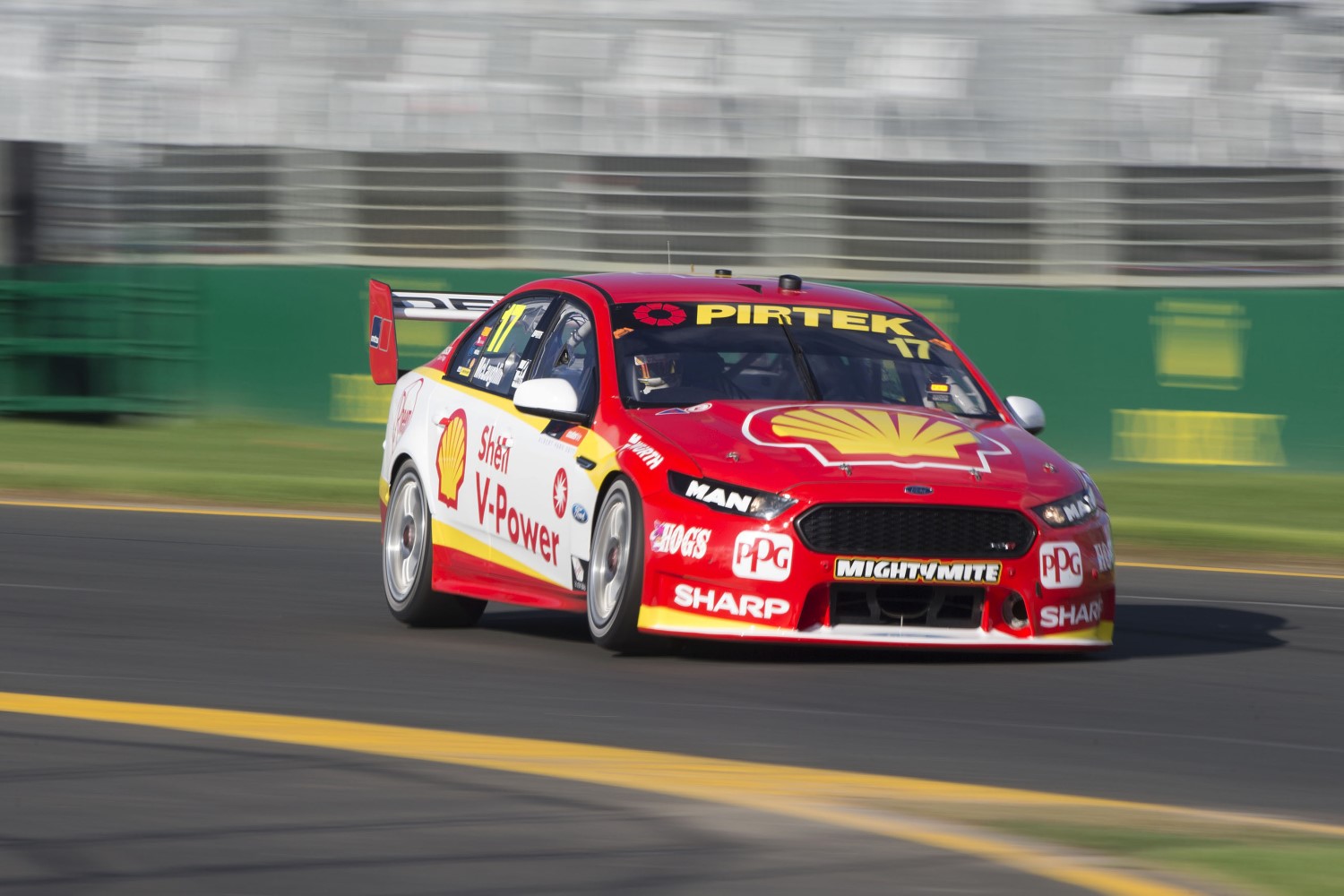 Scott McLaughlin and Fabian Coulthard continued their dominant form at the Rolex Australian Formula One Grand Prix with twins wins at Albert Park.

The Shell V-Power Racing Team pilots were the force in the opening two Melbourne races, McLaughlin taking the first and Coulthard the second.

A dramatic first race which featured a nasty crash between Nick Percat and Lee Holdsworth was followed by another heavy clash between Shane van Gisbergen and James Moffat in the second.

McLaughlin and Coulthard were unperturbed by the drama behind them, scoring a 1-2 double, twice in reverse order.

The race one result was Penske’s first Supercars win since taking a majority share in Dick Johnson Racing at the start of 2015. It was also the first 1-2 since 1998 at Lakeside when Johnson and John Bowe scored the double, also in Shell colours.

DJR’s last race win came in July, 2013, at Queensland Raceway at the hands of Chaz Mostert, who today held on for third in race one aboard his Supercheap Auto backed Prodrive Falcon.

The race included a horrifying crash between towards the end of the first race between Percat’s Holden and Holdsworth’s Preston Hire Commodore. Percat went spiralling out of control on the main straight when he lost all brakes at more than 200km/h.

Percat tried to avoid contact but veered across the track and backwards into an unsuspecting Holdsworth, collecting the rear half of the car and resulting in a massive impact on both cars.

“Midway through it I was on the radio saying that I’ve had a brake failure and the next thing was that the wall is a fair way away but I’m still doing 200km/h," Percat said.

“It’s probably a good thing I hit Lee because if I hit he fence at that speed it would have been a really sudden stop and could have done a bit more damage to me.

“Unfortunately for them I used him as a brake, but I think it would have been even scarier going forwards."

Percat and Holdsworth had started the race from the back of the grid following qualifying yesterday but both had made big inroads in the race up until then.

“I’d just done a ‘woohoo’ on the radio because I’d just passed Courtney and we’d gone from 26th to 12th in eight laps," Holdsworth recounted to Supercars.com.

“I had no idea what had happened other than it was a bloody hard hit."

Swiss driver Simona de Silvestro notched up her best finish in a Supercars race with 13th place in the first race, making up nine places. After a great first-up effort she had to withdraw from the second race in the early laps.