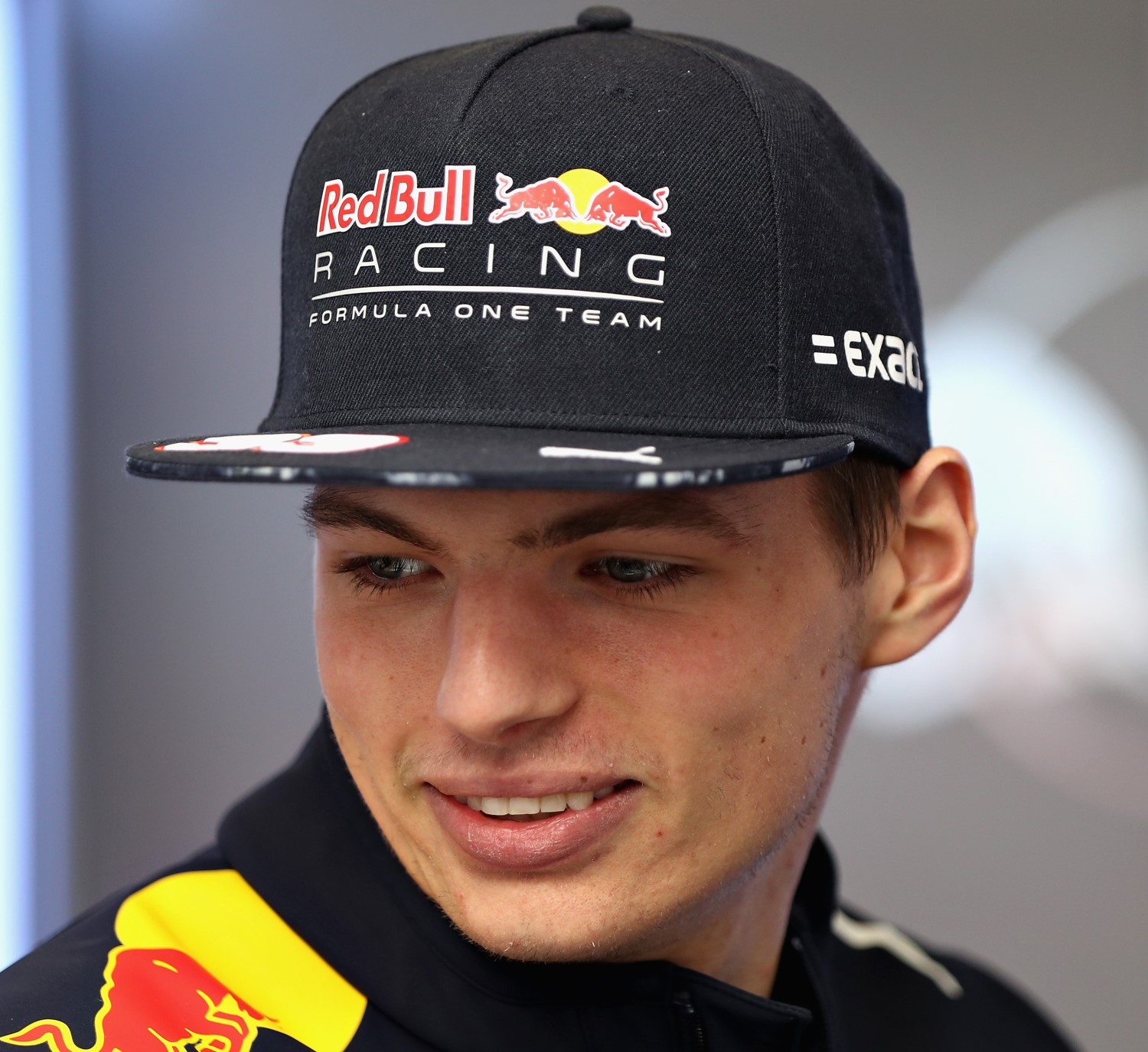 "Perhaps there will not be less investigations," race director Charlie Whiting said, "but in many cases they will not lead to the same result as before.

"We have instructed the stewards to let the drivers fight as much as possible."

However, 19-year-old Verstappen himself said he doubts the rule change will alter much about how he races.

"It makes little difference to me," said the Dutchman, "but I think it's always better when we are allowed to race. That's the whole point of racing."

Lowe's former McLaren boss Ron Dennis said not too long ago that title success is actually only possible by collaborating with a carmaker.

Technical boss Lowe subsequently moved to Mercedes and presided over the team's three consecutive world championships, but he has now switched to Williams.

The Grove team is powered by customer Mercedes power.

"The engines are the same for all the Mercedes teams," said Lowe, "so it is absolutely possible to win a world championship as a customer."

He said the best example of that is Red Bull.

"They did a very good job with the Renault engine but were never a works team," Lowe said.

The bigger issue for a customer team, Lowe explained, is money.

"It is, of course, more difficult to be ahead with a smaller budget. There's no doubt about that.

"The challenge is to make the best of the resources you have available and generate more resources at the same time," said Lowe.

(GMM) Ross Brawn thinks F1 can afford to dilute some of its "exclusivity" in order to bring the fans closer to the action.

A debate is now raging about new owner Liberty Media's decision to start selling access to the paddock, which until now has been a closely-guarded inner sanctum for VIPs and the media.

New sporting boss Ross Brawn admits that F1 must remain a "premium sport", but he said its exclusivity is "not always helpful" when it comes to attracting and keeping new fans.

Opening up the paddock, however, seems to be the decision of Brawn's fellow new F1 chief in charge of commercial matters, Sean Bratches.

Bratches also told the German news agency SID: "Our challenge is to find out what makes the most sense for our brand.

"We want to bring formula one to the world, but we have to do it in a well thought out way."

According to Brawn, another objective is to close the performance gap between the top and the bottom of the grid.

"We want all the teams to be able to win races if everything works out on the day, and at the moment that's quite impossible," said the former Ferrari and Honda chief.

To achieve that, teams will have to agree to a more equitable distribution of income, but Brawn acknowledges that the only way is to give every team more.

"The piece of the cake must be less important than the size of the whole cake," he said.

"We must convince all the teams of the advantages of that for formula one. If the sport becomes bigger, the benefit will be there for everyone."

That is the claim of the latest media reports, amid paddock speculation in Melbourne that both Mercedes and Red Bull had to take 'active suspension'-mimicking systems off their cars after winter testing.

But Germany's Kolner Express says Ferrari managed to win the technical argument with the FIA only in relation to Red Bull's trick system.

"Only Red Bull and Force India had to change," the report said.

Mercedes team boss Toto Wolff told Auto Motor und Sport: "There is nothing in the clarification of the rule that forces us to change anything, or that would affect the performance of the car."

But Red Bull chief Christian Horner downplayed any change the team had to make before Melbourne, saying "Our system does not contribute much to the overall performance of the car."

(GMM) Top MotoGP racer Marc Marquez says he is glad he excels on two wheels rather than four.

"I would never have the motivation to be a formula one driver," the Spanish triple world champion told Germany's Sport Bild.

"Just a few years ago, we (MotoGP) were looking at formula one as the model we wanted to achieve. I think we're going back on that now.

One upside to Vasseur's exit – Prost
(GMM) There is an upside to the departure of Frederic Vasseur as Renault team boss.

That is the claim of F1 legend and Renault team advisor Alain Prost, referring to Vasseur's surprise exit ahead of the 2017 season.

Last season, now former Renault driver Kevin Magnussen hinted at political turmoil within the team, with Vasseur said to be at odds with Cyril Abiteboul.

Asked if Vasseur is a loss to Renault, Prost admitted: "Yes, it's a shame.

"But I make one observation," the quadruple world champion told France's Auto Hebdo. "When things do not work out, on one side or another, you take the consequences.

"For me, it's hard to judge why it did not work, but the fact is that Fred is no longer there and the responsibilities now rest on Cyril's shoulders. The benefit is that it is clear," Prost added.

Sebastian Vettel is confident that Ferrari "can do something" to challenge Mercedes at the Australian Grand Prix, despite a sizeable deficit in Friday practice.

Mercedes driver Lewis Hamilton comfortably topped the opening day at Albert Park, finishing over half a second clear of the chasing pack in both sessions.

Vettel was Hamilton's nearest rival in FP2, albeit 0.547s slower on the same Ultra Soft tire, but is optimistic that Ferrari can make improvements overnight.

Asked if the half-second gap to Hamilton is representative of the pecking order, Vettel responded: "I hope not! But we'll see…

"Overall [the first day has] been OK, but we had some small troubles during first practice, which cost us some track time.

"My car doesn't feel as good as it should or can, so I'm confident we can do something."

Pushed on Ferrari's impressive pre-season form, the German added: "Obviously we were very happy during testing, but it doesn't mean anything.

"I think the car feels good, it hasn't changed much, but we can still improve."

Raikkonen ended the day fourth fastest, almost a second down on Hamilton's benchmark, after losing one of his Ultra Soft laps due to a mistake at Turn 1.

"I didn't really expect anything today," he said, when asked about Ferrari's position.

"It's like we would have been testing. We had no idea what others are doing, just what we were doing.

"It could have been more straightforward running today, as we some small things [issues] here and there, but I think overall we have to be happy."

Bottas sure of step forward overnight

Mercedes' Valtteri Bottas believes he can still make a step forward in Australia after placing third overall during Friday practice for the season-opener at Albert Park.

Bottas finished second to team-mate Lewis Hamilton in the first session, via a minor error in the final sector, and took third in the second session, as Ferrari's Sebastian Vettel split the Mercedes drivers.

Bottas wound up just 0.009s down on Vettel at the conclusion of running, with Hamilton a further 0.547s ahead, but the Finn is confident that further gains can be made on his side of the garage.

"It was great to be back on track after Barcelona and overall it was a good day today," said Bottas.

"We still have work to do with the car balance but we got all of our running completed without any issues.

"From my side I definitely feel like I can make a step forward tomorrow. It'll be a busy evening for us tonight looking through all the data to see where we can improve but it's a reasonable start.

"In terms of our pace, it is only practice, so tomorrow we'll find out exactly where we are."

Bottas also feels that Pirelli's decision to bring the Ultra Soft tire compound to Melbourne, having nominated the Super Soft as the qualifying tire last year, is the correct call.

"These tire compounds are the right choice for this race, the softer compounds all felt good," Bottas said.

"Everyone is pushing to the limit, as we saw a few times out there today. This track is always quite dirty at the start of the weekend, but we'll get used to it."

Williams pins Massa stoppage on electrics
Williams has confirmed that an electrical issue was the cause of Felipe Massa's stoppage during second practice for the Australian Grand Prix, which prematurely ended his running.

Massa, having finished seventh in the opening session, was preparing for his low-fuel run on Ultra Soft tires when he was forced to halt his FW40 at Turn 10.

Massa was forced to sit out the remainder of the session, but Williams confirmed that the issue can be easily resolved prior to third practice.

"The track was still a little bit dirty and then suddenly we had this issue in the car," Massa explained.

"I went into neutral and couldn't select any gears, which meant that I lost the opportunity to try the Ultra Soft tires and do any long runs.

"It's a shame that we did thousands of kilometers [during pre-season testing] in Barcelona and then had this issue here, but I don't think it's a serious thing, which is positive.

"We need to concentrate 100 per cent tomorrow and I really hope things can go the right way."

Rookie team-mate Lance Stroll finished 16th, having taken a methodical approach across the course of the day, with his best lap interrupted by a yellow flag.

"It is not a track I have been to before, so I can't just go out and push to the limit," he commented.

"I have to build up to it, which is what I was doing today, and still leaving a bit of a margin.

"There is not a lot of room for error on this track, but it is fun and so far I have really enjoyed driving it, [but] FP2 was quite a scruffy session for me.

"The first run was alright, but then on the second one it was a shame as there was a yellow flag so I had to abort the lap, which meant we missed out on that one lap on the Ultra Softs we wanted."