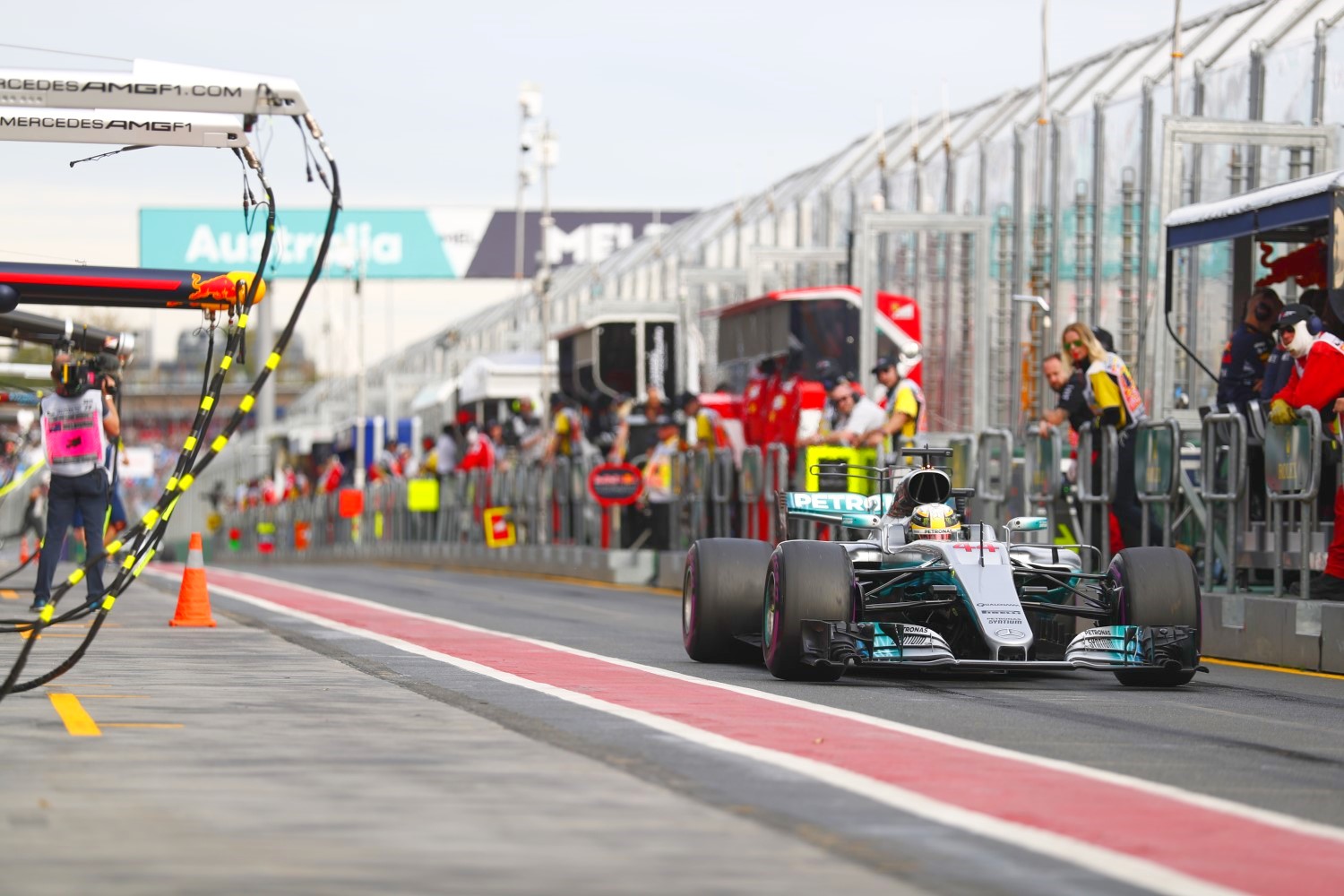 When you drive an Aldo Costa designed car everything comes easy. Lewis Hamilton led a Mercedes 1-2 in opening practice for the Australian GP in Melbourne by 1/2-sec over teammate Valtteri Bottas. If the opening practice is any indication, it's going to be a very long year for everyone else. Watching the Aldo Costa designed cars circulate around the Albert Park circuit it was clear his cars generate a lot more downforce than anyone else

However, the world champions were the only team to sample Pirelli’s ultrasoft tires, with the rest of the field choosing to stick to softs and supersofts for the first 90 minutes of running.

With the purple-marked tires bolted to his Silver Arrow, Hamilton lapped in 1m 24.220s – half a second quicker than his new team mate, and a full 5.5s faster than he went in the same session last year, perfectly illustrating the increased performance of the new generation of F1 machinery.

Daniel Ricciardo and Max Verstappen finished third and fourth for Red Bull, 0.6 and 1s back respectively, with their quickest laps coming on supersofts. Ferrari too stuck to the red-marked rubber and were rewarded with fifth and sixth for Kimi Raikkonen and Sebastian Vettel.

Four other teams rounded out the top ten, with Williams’ Felipe Massa best of the rest, ahead of Haas’s Romain Grosjean, Renault’s Nico Hulkenberg and Force India’s Sergio Perez.

With that said, the Ferrari cars ran very few laps in what is typically a track cleaning and rubbering in session, so they may be sandbagging. An indication of that is the fact they set their times on the harder supersoft tires while the Mercedes were on the purple ultrasofts. But the ultrasofts are not a full second a lap faster than the red supersofts, so clearly Mercedes are quick for the 4th year running.

Behind the two Mercedes were the Red Bulls of Daniel Ricciardo and Max Verstappen and then the Ferraris of Raikkonen and Vettel.