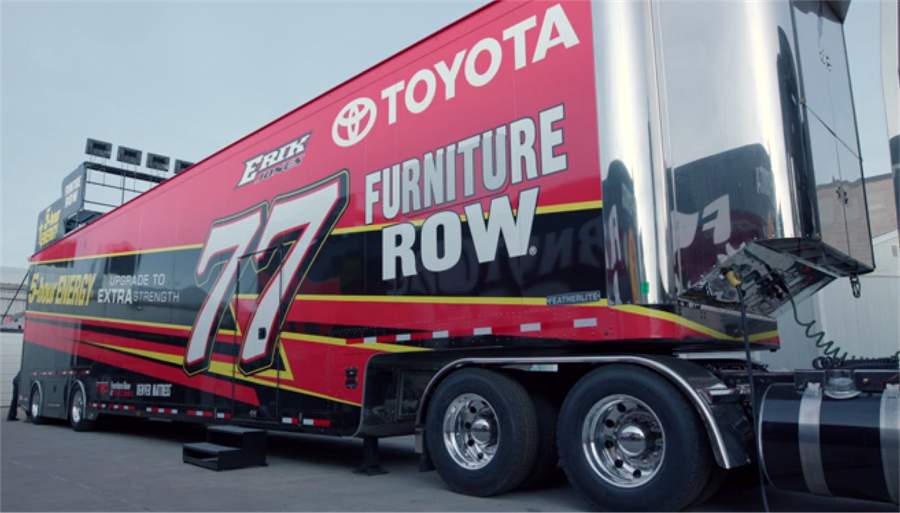 The two drivers of Furniture Row Racing’s No. 77 team hauler were uninjured when their tractor-trailer rig was involved in a hit-and-run accident just after midnight Thursday on their way to this week’s NASCAR Cup Series event at Auto Club Speedway in Fontana, Calif.

The incident occurred when a car carrying two occupants pulled off the shoulder and back onto the highway directly in front of the Furniture Row Racing hauler on Interstate 15 approximately 15 miles north of Las Vegas Motor Speedway. Truck drivers Travis Watts, who was at the wheel, and David Shano were uninjured. There was no damage to the trailer or its contents, including the No. 77 Toyota Camrys prepared for driver Erik Jones for this week’s event. However, the tractor sustained front-end damage and a replacement tractor has been rented from Rush Truck Centers of North Las Vegas.

“We’re all very relieved no one was injured in the incident," said Joe Garone, president of Furniture Row Racing. “There was substantial damage to the tractor but everything in the trailer was checked out thoroughly and is OK. We’ve rented a tractor and the No. 77 hauler is on schedule to arrive at Auto Club Speedway later today."

The occupants of the hit-and-run vehicle were later apprehended and arrested by the Nevada Highway Patrol.

A video dash cam had been installed in the No. 77 team tractor prior to leaving the race shop in Denver, Colo. Furniture Row Racing is working with the Nevada Highway Patrol to provide them footage of the incident.