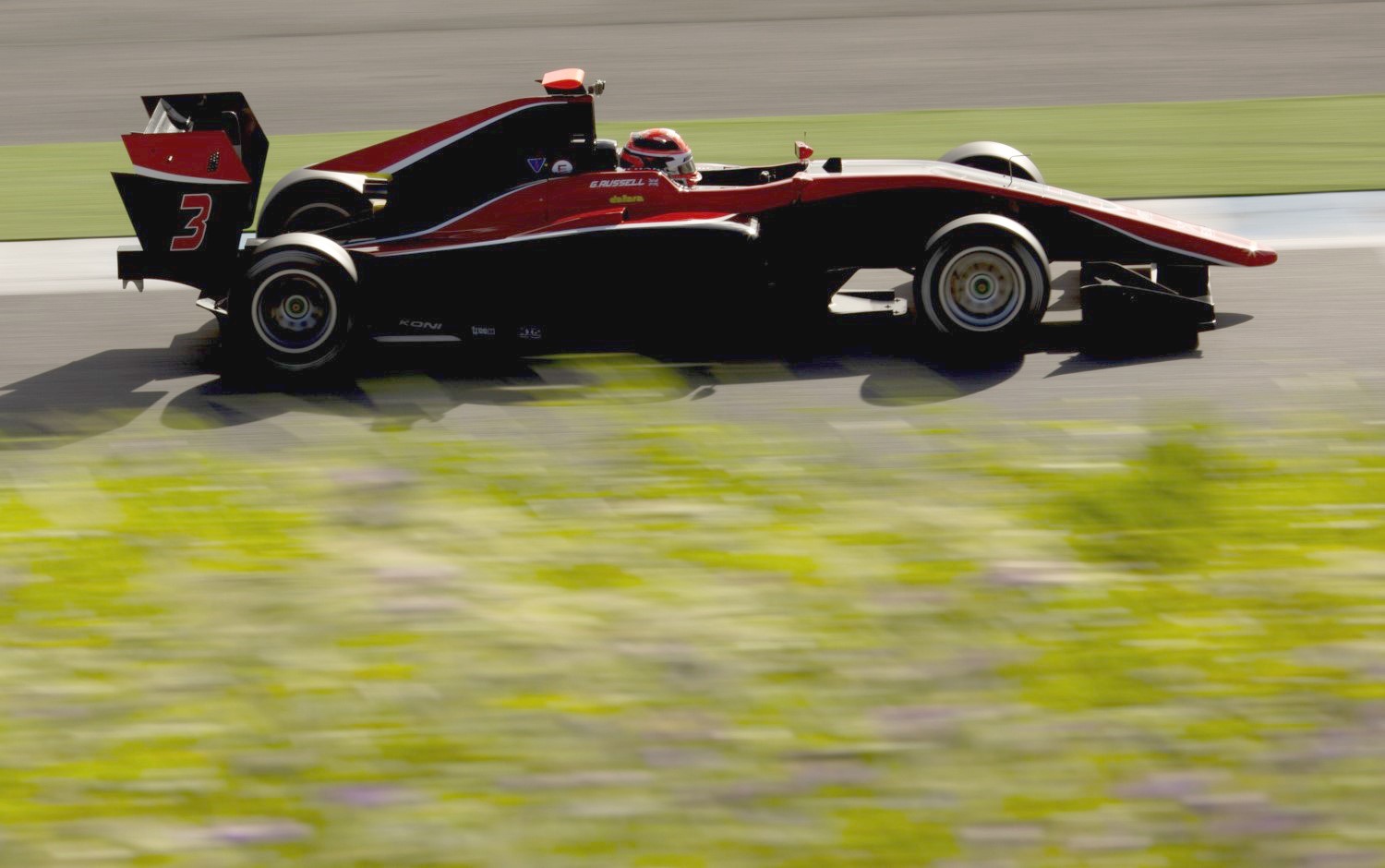 George Russell set the fastest time of the first day of pre-season testing at Circuito do Estoril during this afternoon’s session, stopping the clock at 1:27.606, less than a tenth ahead of teammate Nirei Fukuzumi and Raoul Hyman, with the Campos tester taking top honors in a wet morning session.

The pitlane opened in wet and windy conditions as the cars fed onto the track. After the traditional installation laps, Santino Ferrucci topped the timing sheets. Halfway through the session, most drivers had set a laptime with Steijn Schothorst the quickest man on track in a 1:43.764.

The rain intensified forcing the cars back into the pits to wait for more lenient weather. As the sun made a timid comeback, the proceedings resumed. With one hour left on the clock, Russell went top ahead of Fukuzumi. Their teammate Jack Aitken pipped the Japanese driver to move up to P2, with Anthoine Hubert in P4 making it an all ART top four. But as the clock ticked down, Niko Kari went quickest with a laptime 0.6s quicker than Russell.

In the final stages, on an improving track, the Briton reclaimed the top spot but Alessio Lorandi dipped under 1m38s to take top honors ahead of Schothorst. As all other drivers remained on wet weather tires, and the top spot kept changing hands, Hyman judged the track to be dry enough for slicks. Just before the flag dropped, he blew past Niko Kari setting a laptime 5.3s better than the Finn.

The track was dry as the afternoon session started. Fukuzumi set the early pace but it was Leonardo Pulcini who sat pretty at the top of the timesheets as the proceedings were briefly halted on the 50 minute mark after Russell stopped at Turn 2.

At the restart the session was very busy, with the teams and the drivers getting to grips with the newly added DRS device: Alessio Lorandi claimed the top spot before Arjun Maini pipped him with one hour left on the clock. Fukuzumi was the first man to dip under 1m28s, but so did Russell who lapped the Portuguese track 0.079s faster than the Japanese ace.