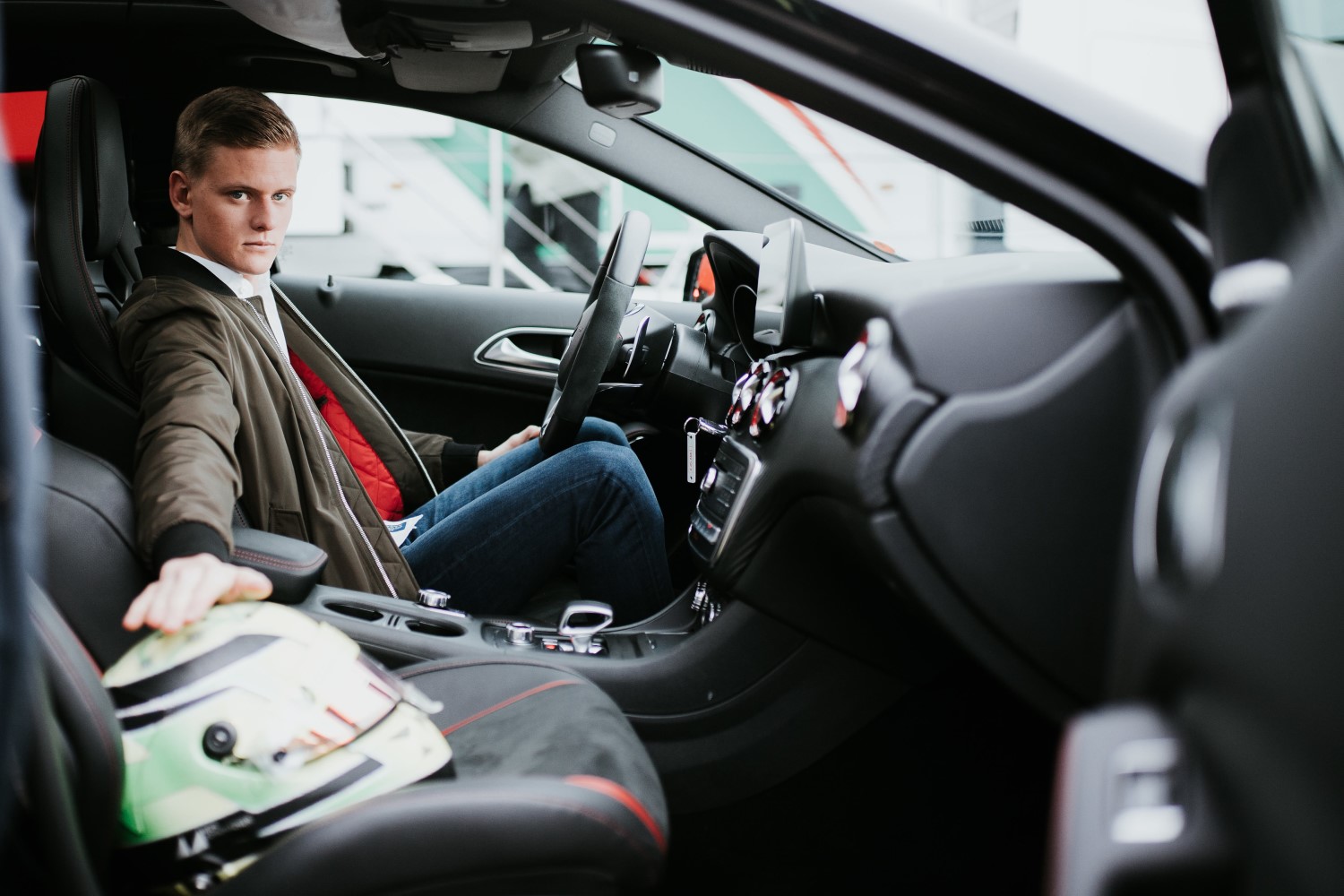 A comedian as driving instructor, a racing driver as driving school pupil and the new Mercedes-AMG A 45 as their car, these are the ingredients for the new online car comedy featuring Mick Schumacher and Harry G. Viewers can follow Mick and Harry G in five funny episodes as he gets his driving license.

The first installment will be out on 21st March, the day before Mick’s 18th birthday. Subsequent episodes will be released on the social media channels run by Mick, Harry G and Mercedes-Benz in the three weeks that follow.

In a Mercedes-AMG A 45 which has been transformed into a driving school car, Mick is given five important lessons from taking a roundabout, parking the car and motorway driving by his grumpy ‘ driving instructor’. Forming an integral part of the show throughout, slap-stick jokes and comedy from Harry G in interchanges with Mick and a number of guest stars.

Mick is making his debut this year in the FIA Formula 3 European Championship where he will race for Prema Powerteam, running the Mercedes-AMG Formula 3 engine. One of his team-mates will be Maximilian Gunther, who is the official test and reserve driver for the Mercedes-AMG Motorsport DTM Team. The online car comedy with Harry G will be Mick’s first appearance as a brand ambassador for Mercedes-Benz.

Bavarian comedian Markus Stoll, also known as Harry G, quickly gained a firm place in the German comedy and cabaret scene and has also been a sensation way beyond Bavaria’s borders. His viral video clips have been watched over 100 million times and have long enjoyed a cult following. Harry G has more than 400,000 followers on Facebook.