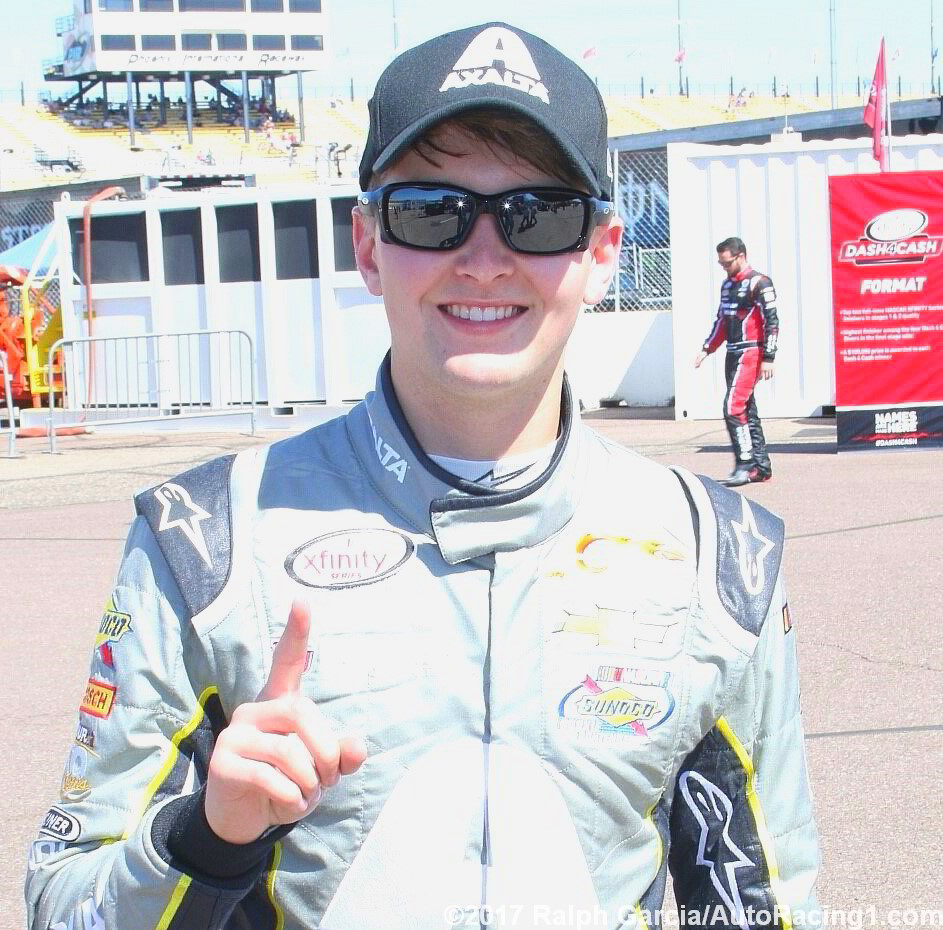 Byron bested Erik Jones in the final round of qualifying with a lap of 133.487 mph in the no. 9 Chevrolet for JR Motorsports. The front-row start is Byron's best since taking the outside pole two weeks ago at Atlanta.