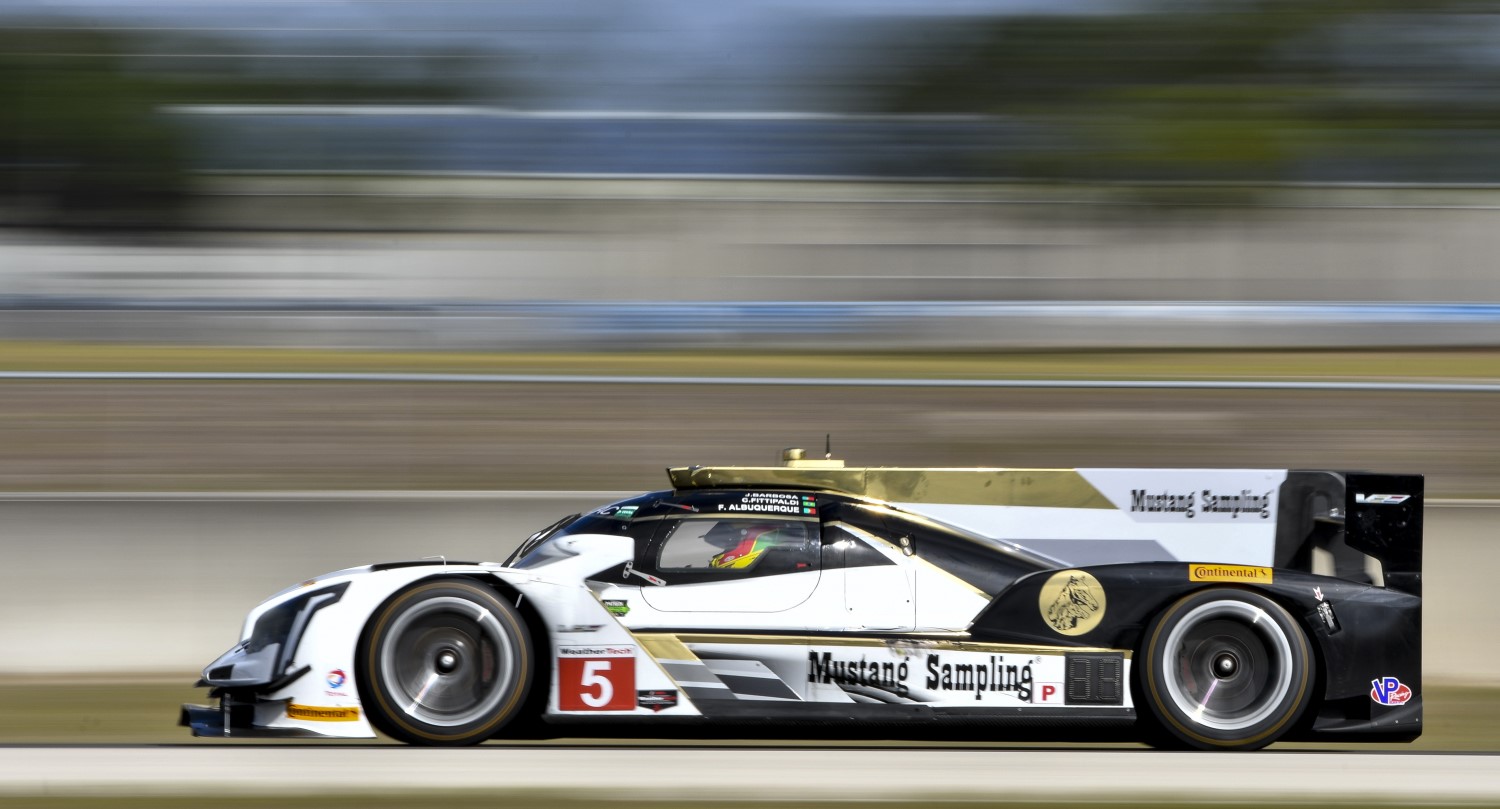 Filipe Albuquerque holds a comfortable lead over Jordan Taylor after four hours in the 65th Mobil 1 Twelve Hours of Sebring.

The No. 5 Action Express Racing Cadillac DPi-V.R has turned the race into a borefest, with the No. 10 Wayne Taylor Racing Cadillac moving up into second after a fierce duel between Alex Lynn and Chris Miller in the third place No. 85 Oreca 07 Gibson for JDC-Miller Motorsports.

Only the top three cars remain on the lead lap in the Prototype class, with the No. 13 Rebellion Racing Oreca, the fastest car in the race, running fourth two laps behind the leaders and the No. 22 ESM Nissan Onroak DPi in fifth two laps off the pace.

Richard Westbrook leads a Ford GT 1-2 in GT Le Mans ahead of IndyCar ace Sebastien Bourdais. The front-running No. 67 entry is on a slightly different fuel strategy than the rest of the GTLM front runners, as Bourdais in the No. 66 is the real leader.

Riley Team AMG continues to lead in GT Daytona with Jeroen Bleekemolen holding down the top spot over Alessandro Balzan in the No. 63 Ferrari 488 GT3 for Scuderia Corsa.

The defending GTLM class-winning No. 4 Chevrolet Corvette C7.R has been forced to retire after encountering overheating issues. The front engine Corvette is simply no longer a match for the rear engine Ford, Ferrari and Porsche.

Problems also arose for two Prototype teams, as the No. 55 Mazda RT24-P of Spencer Pigot which was pulled into the garage after a lengthy pit stop that saw the team spend significant time under the engine cowling.