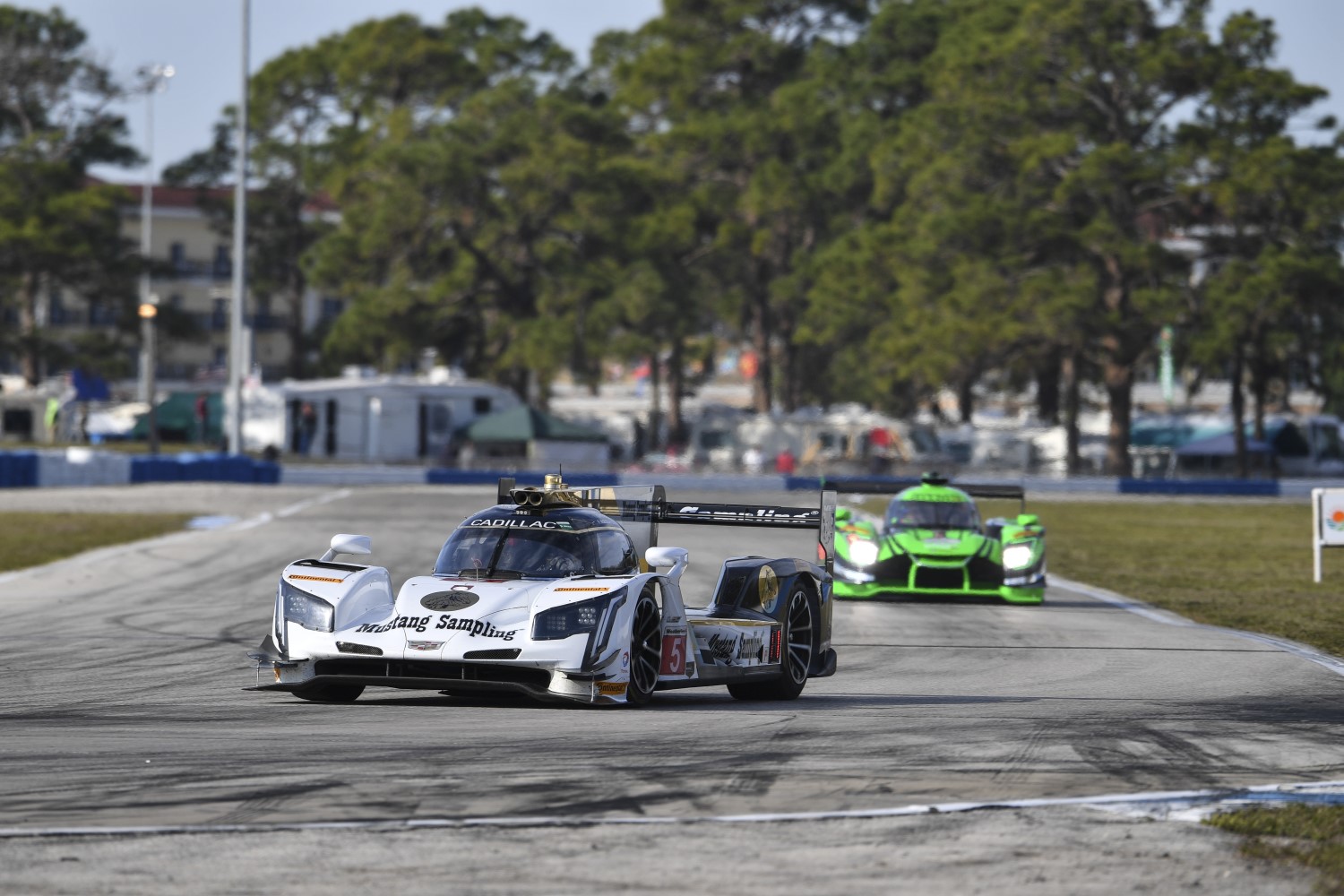 Eric Curran spun out of the lead in the No. 31 Action Express Racing Cadillac DPi-V.R in the third hour of the Mobil 1 Twelve Hours of Sebring.

As the clock struck the 3-hour mark Filipe Albuquerque now leads in the No. 5 Cadillac, with the No. 85 JDC-Miller Motorsports Oreca 07 Gibson of Chris Miller moving into 2nd.

Contact between Curran’s car and the No. 22 Tequila Patron ESM Nissan Onroak DPi of Johannes van Overbeek resulted in both cars getting turned around in Turn 17 and the defending IMSA WeatherTech SportsCar Champion unable to re-fire his Cadillac.

It’s resulted in the race’s second full-course caution of the race to retrieve the stricken Cadillac.

A starter motor issue for the No. 13 Rebellion Racing Oreca Gibson put Neel Jani two laps down early in the third hour, after charging back to third following a pit lane penalty.

The No. 67 Ford GT of Richard Westbrook leads GT Le Mans, however, the #66 Ford of Sebastien Bourdais leads but he made a pit stop.

The No. 33 AMG Team Riley Mercedes-AMG GT3 of Jeroen Bleekemolen is out front in GT Daytona.

Water temperature issues for the No. 4 Corvette C7.R, which went behind the wall in the second hour, has ended in the first retirement of the race, while the No. 2 Tequila Patron ESM Nissan is also behind the wall with boost issues.