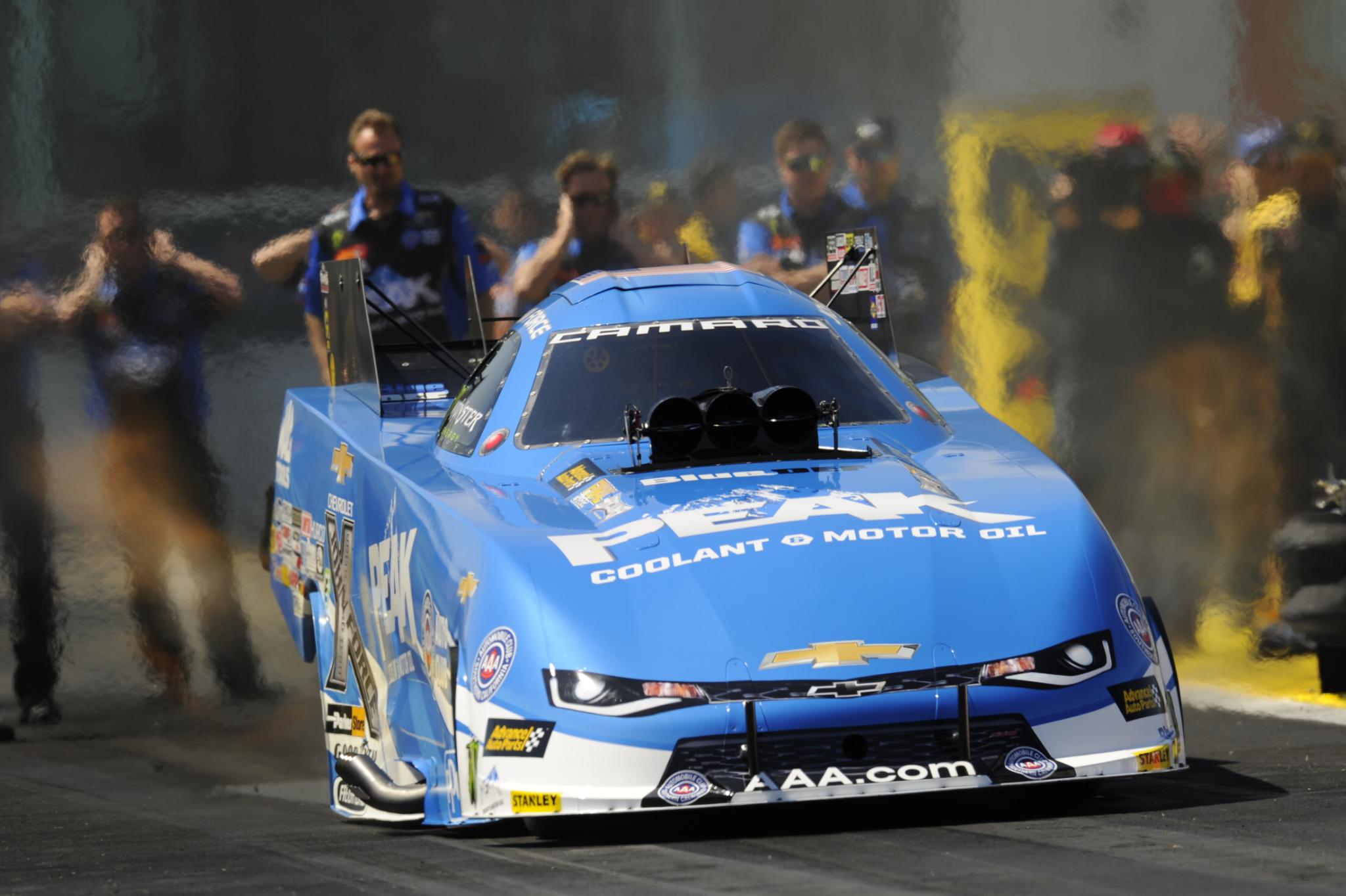 Force, a sixteen-time world champion, ran a track elapsed time record of 3.832 seconds at 333.25 mph in the second qualifying session.

Schumacher, a nine-time Top Fuel world champion, leads qualifying after his track elapsed time record run of 3.682 at 328.22 in the U.S. Army dragster during the second session. Defending world champion Jason Line holds the Pro Stock top spot after running a 6.476 at 213.87 in his Summit Racing Equipment Chevy Camaro in the second session while three-time world champion Eddie Krawiec currently sits in the No. 1 qualifier position in Pro Stock Motorcycle with a 6.791 pass at 198.17.