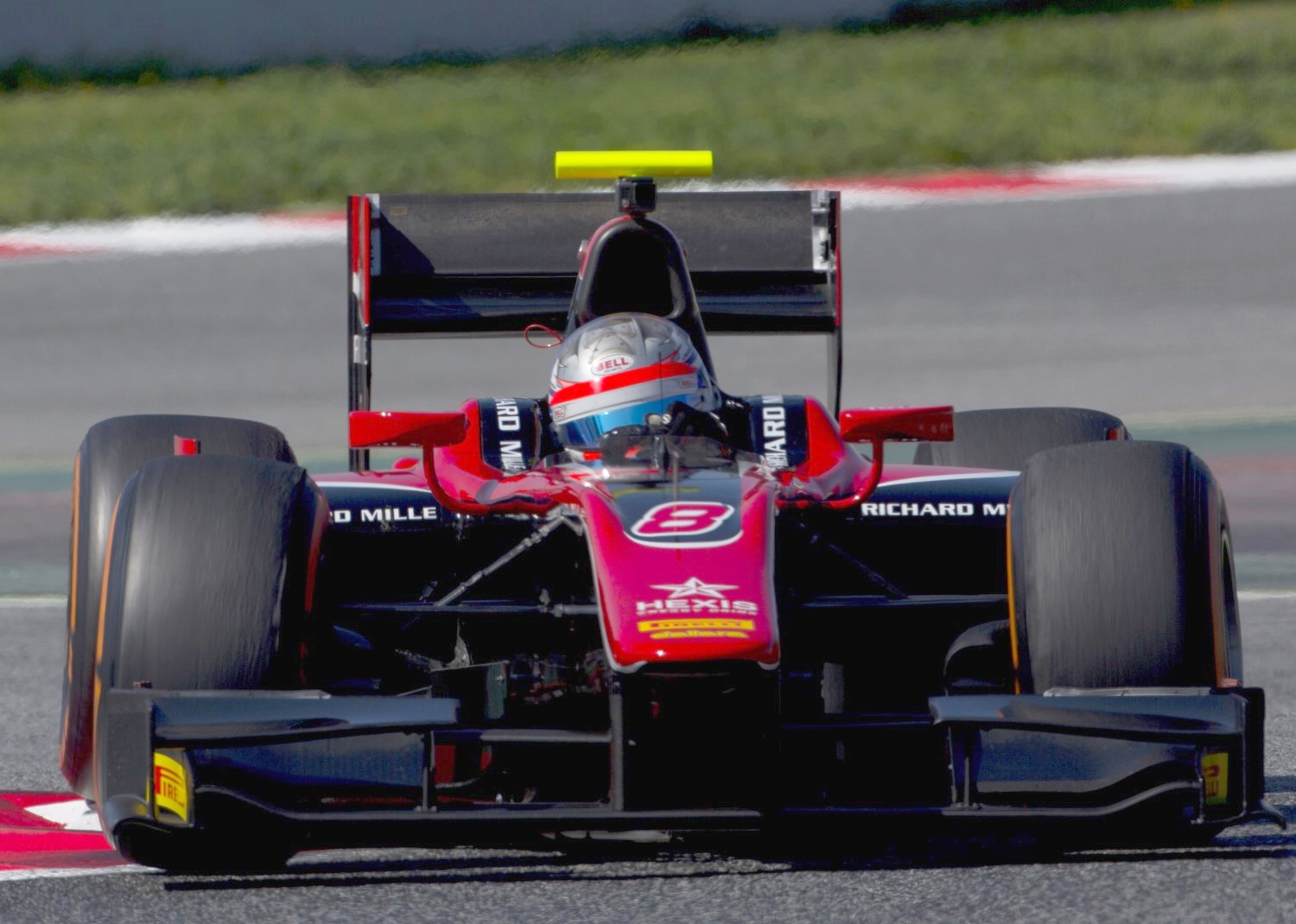 Alexander Albon stepped up a spot overnight to take the day two honors with the fastest time in this morning’s FIA Formula 2 Championship test session in Barcelona, grabbing the top spot from Johnny Cecotto and Artem Markelov by 0.175s, while Nyck De Vries stole the top spot this afternoon in a session largely dedicated to race simulations, ahead of PREMA pairing Antonio Fuoco and Charles Leclerc.

The Thai driver topped this morning’s session with a time of 1:28.225 under sunny conditions, claiming the top spot in the final hour of a session which was stopped twice by red flags: first to allow the circuit operators to inspect a section of the track which has had heavy recent use by the Formula 1 teams, and secondly as a result of Gustav Malja stopping on track.

The session saw a lot of competition between the teams for the top spot, initially from Oliver Rowland and Norman Nato before Albon annexed P1, and although Cecotto got to within a hundredth of his time, the rest of the field was unable to close down the Thai driver’s time.

The afternoon’s session, by contrast, was largely about race simulations, and with no on-track incidents the teams were largely satisfied with their progress. Jordan King led Sean Gelael and Ralph Boschung for the first half of the session, with Sergio Canamasas popping up to P2 with an hour remaining, but in the final half hour a number of the drivers turned their attention to lap times once again.

Fuoco was the first driver to blast through the race lap times, with teammate Leclerc soon following suit in P2, but De Vries soon emerged, taking two consecutive fastest laps to annex the top spot with a lap time of 1:29.223, grabbing P1 by 0.378s as the session wound down ahead of the PREMA pair.

Tomorrow is the final day of this test: the circuit will open once more at 9:00 CET.